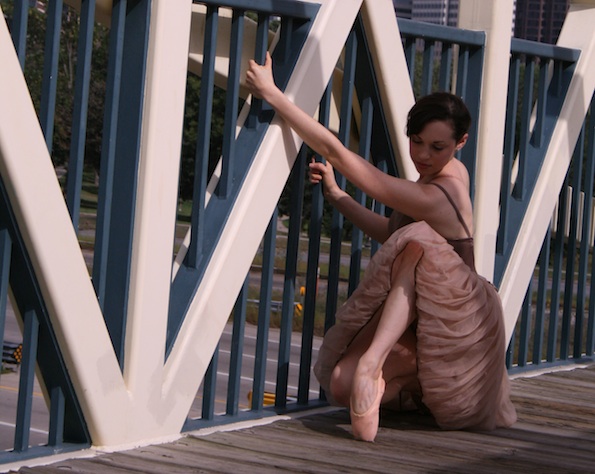 By Kym King of Dance Informa.

For classical dancers graduating from full-time training institutions, employment options within Australia include the possibility of work with one of the larger ballet companies, work with smaller project-based companies or freelance employment (e.g. operas or musicals.) But competition for positions is high and as a consequence a large proportion of classically trained dancers find themselves doing an “audition tour.” Most frequently this is to Europe, but can also be to the U.S.

Despite the global recession, Europe, and in particular Germany and Austria, still provide work opportunities. Even small towns usually have an opera company with a ballet company attached. Typically in this environment, dancers need to have strong ballet technique to perform in the classics, but also need to be versatile enough to perform in contemporary choreography, operas and even a musical here and there. Other countries where full-time performance contracts can be found include Switzerland, Belgium, Holland and France. Spain and Italy also have a few fantastic companies.

While the bigger ballet companies such as Paris Opera Ballet, The Royal Ballet, Vienna State Opera Ballet and Stuttgart Ballet tend to take graduate dancers from their own full-time training academies, several companies (including the Dutch National Ballet, Hamburg Ballet, Ballet Zurich and the Bavarian State Ballet) have junior ballet companies. These offer work to dancers from around the world (specifically those aged 18-23) and provide a valuable opportunity to gain company experience. In Germany, there are also a number of companies offering 12-month apprentice contracts.

Sarah Davies is a former Australian dancer who spent 15 years dancing with ballet companies in Europe, mainly in Germany and Austria. She now lives in Linz, Austria and has her own business entitled European Dance Tours, which offers audition tour packages and mentoring for dancers looking for work.

According to Davies, in most cases company directors will know how many contracts they have available for the next season in November. Positions will then be advertised on the company website and usually on Dance Europe’s website. Dance Informa also publishes European dance auditions in the International Dance Audition section.  Auditions in Germany tend to take place from December to Easter, but occasionally in April and May. In Austria, auditions for smaller companies usually take place during February and March while the bigger companies, such as The Vienna State Opera Ballet, hold annual auditions in January.

If you’ve done your research and know which companies you are interested in, it’s a good idea to contact them around November to find out if and when they are auditioning. But to get a really good deal on airfares, you will need to book your flight in or before August, even before you know when auditions will be happening.

While open auditions still take place where anyone can register and audition, many companies have a pre-selection process where dancers send a resume, photos (head shot and full body shot) and audition video. On this basis, dancers will be chosen to audition.

Another way that dancers find work is when a company member unexpectedly leaves due to illness or injury. So, it can make sense to find a company that you like and simply hang around and do class, especially if you head to Europe outside the audition season. Sometimes companies also employ extra dancers for musicals and opera productions.

One piece of advice Davies has to offer is not to be afraid to take short-term contracts (or what is known as “guest” contracts) because these are a good way to base yourself in one place while you continue searching for a more ongoing contract. At the same time, you will gain company experience, earn money and be able to do class. Auditions are generally held on weekends, so if you are working with a company during the week it’s still possible to attend auditions at the weekend. Davies also advises young dancers to think small because smaller companies mean there will be more roles and greater opportunity to develop as a dancer.

Ballet companies in the U.S. also tend to audition for new dancers from January through April, but be aware that obtaining a work visa in the U.S. can be challenging for new graduates. To find U.S. ballet auditions check out Dance Informa’s U.S.A. Dance Audition listings.

Cathy Chatawanich, the HR Administrative Coordinator for Ballet Arizona, says the company currently employs an Australian dancer. But the visa generally used for foreign-national dancers is designed for “artists of extraordinary ability.” This is simply easier to demonstrate in the case of a more established professional. It can take talent, commitment and time to find a company willing to invest in organising a visa. This can sometimes be easier if you have been a student in a training institution that is affiliated with a company.

Chatawanich says that young dancers considering working in the U.S. really need to plan ahead and build a portfolio of significant performance experience. This might include work with a studio company, a professional company, in competitions or experience being taught or coached by prominent artists.

She stresses it’s important to “make sure you feel like the company is a good fit.” She said, “I can’t encourage dancers enough to remember it’s about more than just landing the job. That’s the easy part in comparison to actually having the job. You’ll spend eight hours a day five to six days a week with these people so it’s important you believe in the work and work well with your colleagues.”

Sam Pereira graduated from The Australian Ballet School in 2013. After learning he didn’t have a place with The Australian Ballet and auditioning for Queensland Ballet without success, he embarked on an audition tour of Europe. He had been drawn to the idea of travelling and auditioning in Europe for more than a year before graduating. At the end of 2013, he applied for the Marten Bequest Travelling Scholarship worth $20,000, which he was awarded and gratefully accepted.

When planning his audition tour, Pereira spent time talking to his teachers as well as graduates from The Australian Ballet School who had previously completed audition tours. They offered tips about travelling, how to organise a European tour and spoke about the companies they were currently working with. He also purchased a copy of Dance Europe Guide To Dance Companies and began researching intensively to identify his five “dream” companies. He believes this was a valuable tool in helping him understand what type of company he was interested in.

He then organised a tour to audition for about 25 dance companies, both ballet and contemporary. While he didn’t necessarily intend to audition for all of these, he hoped to increase his chances of finding work. He said, “I suppose I pretty much just wanted any job. Just somewhere to kick start my career and get my foot in the door…”

In Germany on the second round of his 13th audition in six and a half weeks, a girl landed on his toe, rupturing a joint capsule. This injury meant Pereira was unable to complete his audition tour, but luckily he had already been offered a contract with Slovak National Theatre Ballet, with whom he will begin working with in August.

Pereira says that before you undertake an audition tour “you really have to be in a great place psychologically. It’s a tiring and long process and you will have to face rejection along the way. You have to be able to pick yourself back up and just focus on the next audition, because who knows, that next audition could be the one where you land a job.”

Having lived all his life in Melbourne with his family, Pereira says he is out of his “comfort zone.” Yet, he believes his biggest challenge has been staying motivated and realising that he is now totally responsible for maintaining his own technique. While you are given corrections in company class, it’s not to the same degree as when you are a student. The language barrier can also be difficult, so making the effort to learn the language will help you to adapt to a new culture more quickly. Once graduates do find work abroad (but also within Australia), a new stage of adjustment and transition to being a professional begins.

For the full interview with Samuel Pereira, go to www.kymkingcareers.com. Be on the lookout for the next article in this series, which will be on transitioning into a career as a commercial dancer.

Kym King (Professional Member CDAA) Grad Cert. Career Development and Education (RMIT), Grad. Dip. Psychological Studies (Deakin), MA Contemporary Dance (London Contemporary Dance School). Kym is a career counsellor and former dancer. As a dancer, teacher, and arts administrator, Kym has worked in the U.S., the UK and Australia. As a career counsellor, she has her own business and specialises in working with dancers, physical performers and creative people of all types. Based in Melbourne, she also conducts individual career advice session by phone and Skype. She can be reached at kmki2167@gmail.com.