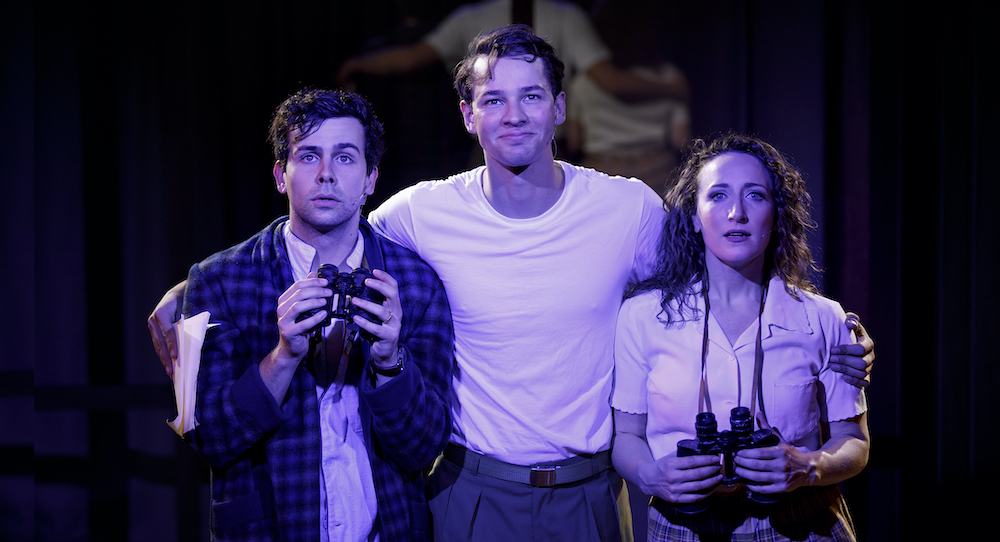 Nominations were announced today for the Sydney Theatre Awards for 2021, which will be presented at an industry gala ceremony on Monday 31 January 2022, at 7pm at the York Theatre, Seymour Centre.

The Sydney Theatre Awards have been presented annually since 2005, by a group of Sydney’s leading theatre critics. Following the devastation of the theatre industry over the past two years due to COVID-19, the critics felt it was important to recognise the extraordinary efforts of the industry over the past two years and to celebrate the strength and resilience of Sydney’s theatre artists. The critics panel which runs the Awards consists of Jason Blake (Audrey Journal), Harriet Cunningham (Sydney Morning Herald), Deborah Jones (The Australian), Jade Kops (BroadwayWorld), Jo Litson (Limelight), John McCallum (The Australian), John Shand (Sydney Morning Herald), Cassie Tongue (The Guardian/ Sydney Morning Herald) and Suzy Wrong (Suzy Goes See).

A number of changes have been made to the Awards this year. Separate male and female performance categories have been replaced by gender-neutral awards to make the Awards more inclusive. New judging panels which include prominent industry specialists have also been introduced for the Independent Theatre categories and for the awards in Children and Young People’s Theatre. The Independent Theatre panel comprised Jason Blake, Harriet Cunningham, Bernadette Fam, Imogen Gardam, Sarah Odillo Maher, Dom Mercer, Kenneth Moraleda and Catherine Swallow. The members of the panel for Children and Young People’s theatre were John McCallum, Amy Matthews, Joshua Maxwell, Danielle O’Keefe and Ian Phipps.

“Making theatre in the COVID era has been unimaginably difficult. Artists all over Sydney have, however, demonstrated extraordinary persistence and resilience, bouncing back time and again with productions that have exceeded all expectations,” said Suzy Wrong. “As part of the judging panel, I was frankly surprised and thrilled when we discovered that, even after endless show cancellations, the shortlist of amazing contenders is more than convincing, and we are overjoyed to be able to proceed with this year’s awards. I am proud that this year’s nominees continue to reflect the trend of growing diversity within our industry. In addition to the strong presence of people of colour in many categories, it is noteworthy that all nominations in Best Performance in a Leading Role in a Mainstage Production have gone to magnificent women actors living and working in Sydney.”

Jason Blake added, “Permanent change is the inevitable result of a disruption as great as the one we’ve experienced over the past two years. While much of that change will have been experienced as negative, just as much – and possibly more – will come to be seen as an evolution. Many of those upsides are demonstrated in the lists of nominees this year. Despite the number of productions lost or postponed, we’ve never seen a more diverse group of artists up for nomination, or a range of work as adventurous.”

The Sydney Theatre Awards gratefully thanks major sponsor, the Seaborn, Broughton & Walford Foundation, without which the Awards would not be possible. The Seaborn, Broughton & Walford Foundation is a charity founded to assist the performing arts and, following the wishes of founding President Dr Rodney Seaborn AO OBE, proudly supports a wide variety of performing arts initiatives through funding, attending performances and preserving precious theatrical records for education and research as well as providing accessible and affordable space for rehearsals and small performances.

BEST DIRECTION OF A MAINSTAGE PRODUCTION

BEST DIRECTION OF AN INDEPENDENT PRODUCTION

BEST PERFORMANCE IN A LEADING ROLE IN A MAINSTAGE PRODUCTION

BEST PERFORMANCE IN A LEADING ROLE IN AN INDEPENDENT PRODUCTION

BEST PERFORMANCE IN A SUPPORTING ROLE IN A MAINSTAGE PRODUCTION

BEST PERFORMANCE IN A SUPPORTING ROLE IN AN INDEPENDENT PRODUCTION

BEST SOUND DESIGN AND COMPOSITION OF AN INDEPENDENT PRODUCTION

BEST PRODUCTION OF A MUSICAL

BEST DIRECTION OF A MUSICAL

To be announced at the ceremony

BEST PERFORMANCE IN A SUPPORTING ROLE IN A MUSICAL

Jacqui Dark Sings Brel (Jacqui Dark)
Stay a While with Weill (Gaye MacFarlane)
Is This All Then? (Philip Quast)

To be announced at the Ceremony