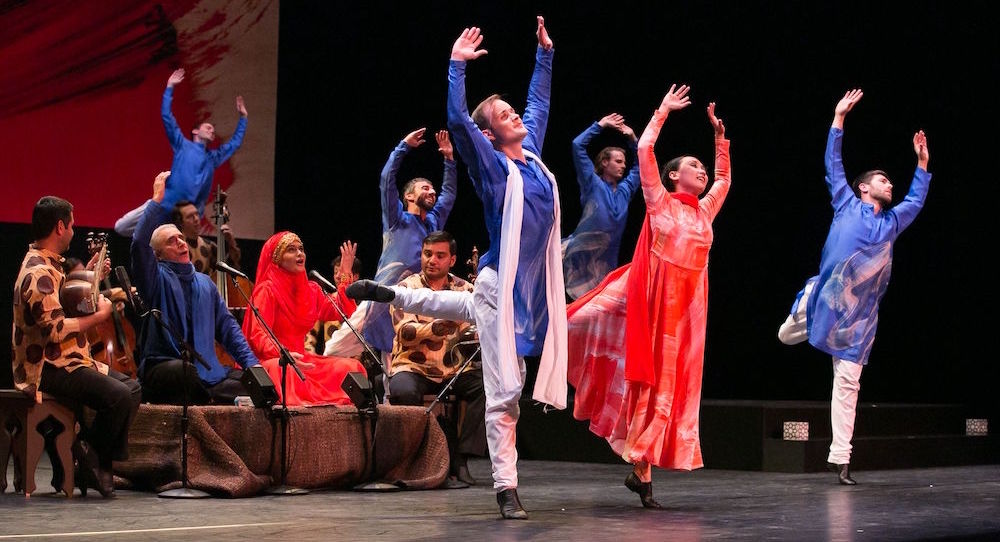 The template is well known: doomed young lovers are cruelly kept apart, staring down death rather than yielding the truth and beauty of their love. These stories proliferate in cultures across history and geography, and indeed the “contra mundum thing” (you and me against the world) is not uncommon as a relationship dynamic in couples everywhere. We humans are transfixed by the idea that love is something we would die for, or, at the very least, watch on admiringly while other couples do the actual dying. No wonder the doomed lover motif is a storytelling staple. From Romeo and Juliet to La Bohème and Wuthering Heights, it looms large in our culture and arts, and this October, it will bloom again in Melbourne for the legendary lovers of Layla and Majnun.

Pre-dating Shakespeare’s Italian teen drama by nearly a thousand years, the tale of Layla and Majnun springs from the fertile oral and poetic traditions of Arabia, Persia and Central Asia, and is considered to be partly based on a real life love tragedy involving a seventh century Bedouin poet and a woman called Layla al-Aamiriya. 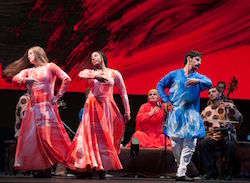 However, it is the 1908 Azerbaijani opera version that the revered New York-based dance and theatre maker Mark Morris has used as the base plate for the large-scale dance opera that will make its Australian debut during the upcoming Melbourne International Arts Festival.

Speaking from his company’s HQ in Brooklyn, the man who many regard as one of America’s finest living choreographers ponders the continuing appeal of doomed love. “I think it’s probably because there’s nothing you can do about death, but there’s something you can do about love,” he muses.

The Mark Morris Dance Group’s staging of Layla and Majnun will feature a dozen dancers, a lavish Howard Hodgkin designed set, and a live score by the acclaimed, cross-cultural phenomenon the Silk Road Ensemble. In addition, the famed father/daughter duo of Alim Qasimov and Fargana Qasimova will sing the Azerbaijani mugham songs that transcribe the lovers’ inevitable arc from desire to death.

“Of course, this isn’t the same kind of tragedy as Romeo and Juliet,” Morris is quick to point out. “It’s not at all in the same ilk of story. Romeo and Juliet is a fully Christian idea, and their families sort of come together at the end. In Layla and Majnun, they’re beyond physical love from the very first second they meet; so that the tragedy of their families preventing them from getting together is a whole different thing. They’re only bound by the rules of earthly, human love but not at all by universal, perpetual love. I’m not a religious fellow, but you know, this is immersion in the infinite, love of God if you want to put it that way. So yeah, it’s a tragedy of frustration.”

All of which is fertile ground for a dance opera and, of course, rich material for a director/choreographer to tease out. As Morris says, “It’s big and grand, but it’s not Aladdin; it’s not a Disney or Broadway fantasy. But the stage is always full of people making music and dancing and all this other stuff happening, but the thing is, it still fits on the smallest stage. So, even though it expands to fit a big opera house, frankly, when we rehearsed it with the full set and the 12 musicians and 12 dancers, we did it in my studio.” 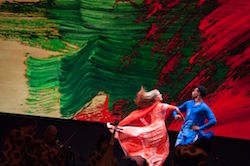 Indeed, for all the epic and tragic themes, and the practicalities of activating them within the confines of a stage, what is obvious is that Morris takes a very undramatic approach. Having already racked up more than 150 works since founding his company in 1980, he speaks of the intricacies and challenges of a piece like Layla and Majnun with an urbane calm. “I just approach it from the gut punch of the music and the incredible singing and the gorgeous, sad, sad, beautiful story, so you know, I did what I could,” he shrugs.

That said, he is far from blasé or disrespectful of the work’s rich history. “I don’t believe in updating,” he adds pointedly. “If it’s good art, it’s relevant. Done. It doesn’t mean you like it, but it means it’s legit; it can stand on its own and doesn’t have to be set in a shopping mall necessarily.”

Morris is likewise firm about the pivotal role of live music in dance, so much so that he never uses tapes. In fact, even the classes and rehearsals in his Brooklyn studio feature live music. To many in dance, this will appear strange, even unduly risky. Yet, according to Morris, “It’s not always how the joke goes where the conductor says, ‘How do you want it tonight, too fast or too slow?’ It’s like, let’s not assume that dancers can only count to eight and only have two speeds; even though, sad to say, that’s not entirely wrong. It’s an adult relationship here. It’s sophisticated and beautiful and essential.”

Drawing the threads together, Morris insists that Layla and Majnun is ultimately an uplifting theatre experience. “Horrible things happen, of course,” he continues. “I mean, they die and it’s awful, but death is really only a warning for living people. Once you’re dead, who cares about anything, right? I mean, there’s some of my personal politics in there, but really it’s a beautiful, fabulous and universal story of devotion, compulsion and madness.”

And at this point, we may well ask where any of us would be without a dose of that?

Mark Morris Dance Group’s Layla and Majnun will be presented 10 – 13 October as part of the Melbourne International Arts Festival. For bookings and more information, head to www.festival.melbourne/2018.