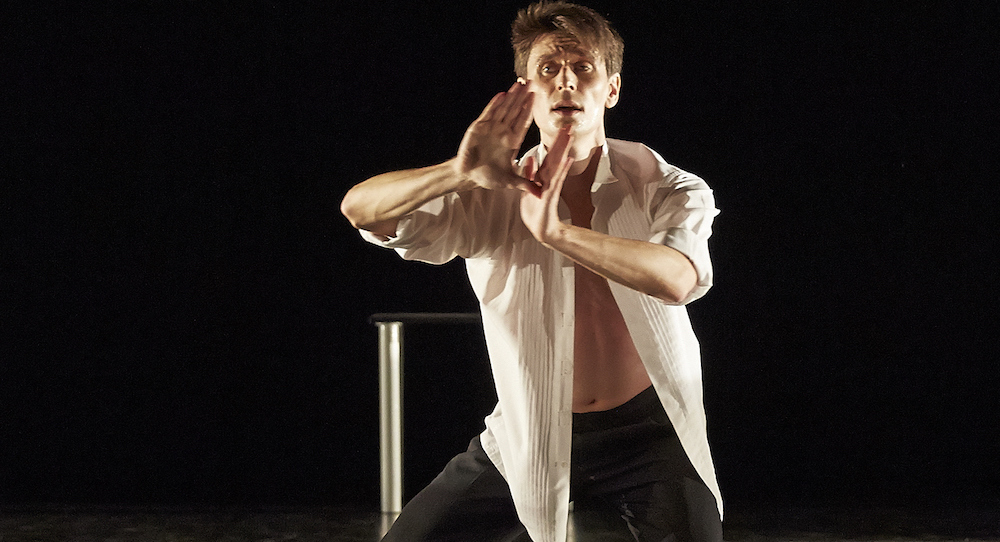 “Progressing the artform is probably what interests me the most about making dance,” says Christopher Hill, who started dancing in Melbourne, and continued his professional training at The Australian Ballet School and London Studio Centre. “I believe passionately in the future of dance and classical ballet in particular, but I think it must continue to be pushed into the future by new choreographers for it to remain current.”

As well as dancing in classical master works for The Australian Ballet, Norwegian National Ballet and Royal Ballet of Flanders, he has worked with contemporary choreographers such as William Forsythe, Jiří Kilián and Marcia Haydée, amongst many other leaders in contemporary dance. “A mix of traditional and contemporary work is vital,” says Hill.

Hill returned from Europe to dance with West Australian Ballet (WAB) in 2014, and has performed as a soloist and choreographed works for them. Hill recently announced he will retire from dancing to pursue choreographic projects. He says that it feels like a natural progression for him right now to move from dancing to choreography.

“It’s something I’ve been thinking of for awhile and was always part of the plan when I moved home to Australia from Europe,” Hill explains. “Choreography came late to me. It’s really only taken off for me over the past four years, and, to be honest, I had no idea it would become the passion it has. Increasingly, I found I couldn’t see myself in the works of others and that I was happiest when I was creating my own work. We all have to stop dancing at some point, though I’ll never truly stop. I’ll always think of myself as a dancer first, but choreography is definitely where my heart is now. Choreographing with my dancers just feels right. It’s that all-consuming feeling of doing absolutely the right thing. When I’m in the zone, I lose complete track of time and could happily stay in the zone forever.”

Brooke Widdison-Jacobs and Polly Hilton in ‘Ghost Gum’ as part of Milky Way Ballet at the Quarry. Photo by Sergey Pevnev.

Hill’s most recent project for WAB was Ghost Gum, an exploration of the essence of the Australian native. “The biggest influence for me would firstly be the dancers,” he describes. “The dancers are the ones who make the magic happen. They’re everything. Music is also huge inspiration for me. Most often it’s the starting point for what I am going to create. My aim is to let the audience see the music through the choreography, through the dancers.”

Hill is currently finishing a Bachelor of Arts, exploring dance on film. “It’s something I’ve been curious about exploring for awhile, and we’re now in the final editing stages of one project,” he says. “It’s a big learning curve with many differences from creating dance for the stage. There are so many possibilities with camera angles that just aren’t possible to witness as the viewer in a seat in the audience. We’ve had the drone flying above to film looking down on us, which is generating some interesting ideas and images. I’ll soon start creating another short dance film which will become a large feature of my final research project for my university Bachelor degree.”

Christopher Hill and Brooke Widdison-Jacobs performing ‘Ambiguous Content’ in Five by Night Ballet at the Quarry. Photo by Sergey Pevnev.

Hill acknowledges the aspiration to perfection in classical ballet that is ultimately unattainable, and unforgiving to mature dancers. “The older I grew, the higher my expectations became of myself and the less my body wanted to co-operate,” he admits. “I’d been struggling with a couple of ongoing injuries and found I wasn’t able to dance in the way I wanted to or in the way I expected of myself. That’s been a challenge to understand and get my head around.”

Hill says that one of the things he will miss most about dance is morning class. He talks about morning class as a meditation. Hill also says he will miss the peak experiences of performing and describes it as “that magical feeling of being on stage, completely engrossed in a production you fully believe in. There’s nothing quite like that moment after all the long hours of rehearsing in the studio when you reach the point on stage where you’ve become one with the choreography. I believe those moments are the best for the audience, too, where they’re witness the ever elusive ‘special’ performance. It’s a rare thing, and very beautiful when it happens. Maybe that’s just the dancer in me talking, but when you have the perfect class of the perfect show, it’s incomparable. Nothing beats it.”

Except perhaps the perfect new choreography. Watch out for Hill’s next works with WAB and his dance on film. You can catch an adult ballet class with him in the open program at WAB.

For more, head to waballet.com.au.