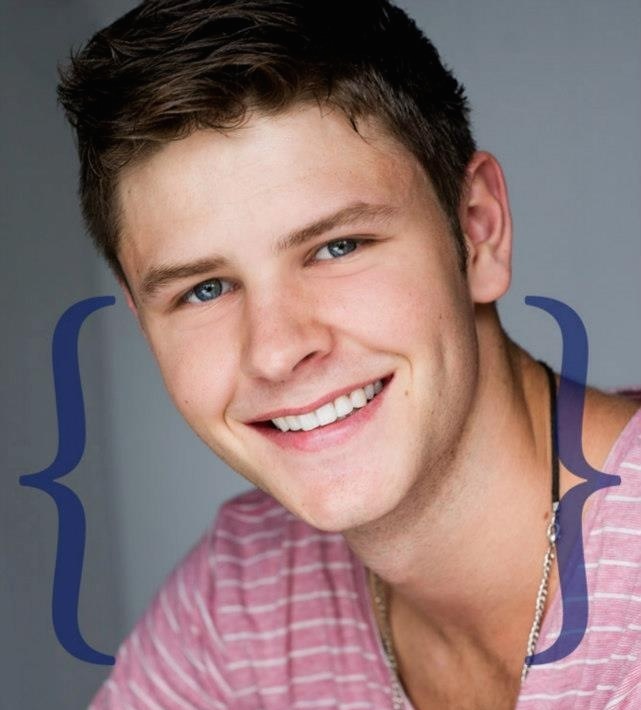 In this entry of “One Year On” I spoke with Jay Johns, Finalist of So You Think You Can Dance Australia 2014. The final episode was in April last year, and yes, it has been an entire year already!

So, a year ago you were in the Grand Final of So You Think You Can Dance 2014. What made you decide to enter the competition?

“Yes, I can’t believe it was a year ago already! I actually wasn’t going to enter the competition because I had rehearsals for another show on during the audition process, however it was my mum who convinced me to audition for the show.”

What did you do before So You Think? Were you trained or in training?

“The year before the competition I was doing jobs here and there as a performer around Australia and had recently finished my full time training at Ed5 International. I was teaching a few nights a week and I also worked as a laborer for some time!”

Making it to the finals of So You Think is a huge achievement. What was the highlight of the entire process?

“It’s hard to say what the highlight was of my SYTYCD experience was. If I had to pick between two it would have to be the phone call from Aaron Cash during the Top 100 week telling me that I had a second chance. Or definitely after performing Debbie Ellis’ contemporary routine which I dedicated to my Mum.”

Who were your favourite choreographers or dancers to work with?

“My favourite choreographers to work with would be Debbie Ellis, Jason Gilkison, Matt Lee and Sarah Boulter, however, all the choreographers I worked with taught me many valuable things I still remember today.”

Any particularly favourite routines? Any styles you realised you loved more than others or found harder than others?

“My favourite routine would have to be the Debbie Ellis contemporary routine. I also really loved the Hip Hop routine I performed with Patric as a janitor which was fun! And being “old” with Lauren was great. I found ballroom to be a very difficult style as before the show I hadn’t ever really trained in the style – in saying that, I do really appreciate how great it is.”

Of course, there are also lows to everything. What was the hardest point of the competition?

“The hardest point of the competition for me would have been the Top 6 week, as we had to prepare our solos, plus learn two duos and a group number – all in the one week!”

It can be difficult being away from family and friends especially when you’re asking so much of your body and mental capacity. Was there ever a moment where you no longer wanted to do it?

“There was a short moment where I felt it was all too much for me. After dancing for my life to make into the Top 10, I was feeling a little defeated but managed to pick myself up.”

So since the competition ended, what have you been doing? What have been some highlights of the past year and what do you have coming up?

“Since the competition ended, I have toured internationally with Asian pop star GEM. It was an exciting experience to fly to a new city every day and perform in front of arenas of fans every night. I have also been creating my own show Mad Men Tap with my two friends Zan Kermond and Josh Russell. This has been a project I have been very excited about and I am looking forward to debuting our show next month!

I have been very fortunate to share my knowledge and experiences with young aspiring dancers around Australia through workshops and classes. This year I decided to go to university and study Paramedicine, another one of my passions that I have always wanted to pursue. It has made my life far busier trying to pursue two careers!

This month I will be performing in the musical Hot Shoe Shuffle in Sydney as the role of Slap, alongside Daryl Somers and Luke Alleva. I am extremely excited to be involved with this musical because it is definitely one of my favourites…. Also, I can’t wait to be performing the Tap solo in Puttin’ on the Ritz – something I have aspired to do for some time.”

Since the competition ended, what has been the biggest thing you have learned about both the industry and yourself in the past year?

“One of the biggest things I have learned about our industry is that knowing people and making connections plays a very big part in your success. I have also learned how powerful the exposure of television can be. I have learned that it is really important to pass on your knowledge to younger dancers to help them achieve their goals and that I get a lot of joy from helping and inspiring kids.”

Three words that describe the current place of your career are…

Where would you like to be this time next year? In both physical place and in terms of your career?

“I wouldn’t mind trying to study and dance in England as it has been a place I have always wanted to go to. I would also like my show to be in a place of success.”

And finally, besides dancing, what else do you do?

“I go to university, I do a part time acting course, I take singing lessons and I love going to see a good movie in my spare time. I love movies!”