Here is the latest in New Zealand Dance News! 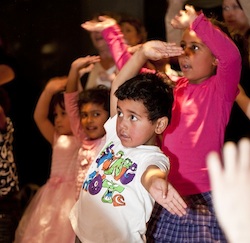 Dance A Story with Java Dance at Capital E!

Java Dance is bringing its new series of dance workshops for children aged 3-5 years to Capital E. Every Tuesday at 10am – 10.30am from 5 May – 30 June, children will twist and turn out a tale in Dance A Story. From giraffes who can’t dance, to rhinos that rock and roll, to lions who tango, tiny dancers will explore a magical world of movement. Favourite characters will spring to life as the Java dancers jump, spin and tip-toe to each story. Workshops are $5 per session and can be booked at E Central or by phone on (04) 913 3740.

The Royal New Zealand Ballet is honoured to collaborate with the New Zealand Army Band and distinguished New Zealand composers and choreographers Dwayne Bloomfield, Gareth Farr, Neil Ieremia and Andrew Simmons on Salute, a special selection of works to mark the centenary of World War One. Alongside classic pieces by Johan Kobborg and Jiří Kylián, Neil Ieremia and Andrew Simmons have created two world premieres. The New Zealand Army Band, with cellist Rolf Gjelsten, will perform live in all venues throughout the tour. 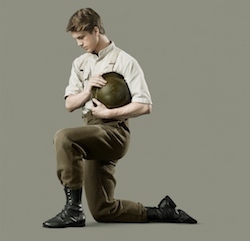 The world premiere of Salute is in Wellington on 22 May, touring to Christchurch, Dunedin, Hamilton, Takapuna, Auckland and Napier. Tickets are available online. The company will be offering ‘Warm Up, Curtain Up’ pre-performance insights in most centres on the tour. See here for dates and details. There are also free post-show Q&A sessions after most matinees. See here for dates and details. RNZB Dance Educator Pagan Dorgan is presenting Salute schools’ workshops around the country. Find out more.

Promising to be an explosion of aerial theatre and contemporary dance, haka and hip hop, Tiki Taane Mahuta unites two of NZ’s most exciting musical and theatrical artists; musician and music producer Tiki Taane and choreographer Tanemahuta Gray. Tiki Taane Mahuta is a story of the unseen forces, unknown strength, and the rallying of a community to survive and heal after great tragedy. 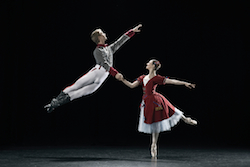 Inside a whirlwind of visual imagery, aerial wizardry, and a scintillating soundtrack, this is a story of rejuvenation, overcoming crisis, and emerging stronger on the other side. After the tragic earthquake of 2011, Christchurch, and its people, are the epitome of this journey. There will be six performances in May; tickets are available here.

The New Zealand Dance Festival Trust is delighted to announce that Carrie Rae Cunningham has been appointed its Artistic Director. Carrie Rae has been with NZDFT for eight years and has worked closely and successfully as Producer under two artistic directors.

Carrie Rae says “Having acquired an in-depth knowledge of the exciting dance being presented in New Zealand, I’m keen to push the boundaries and introduce it to new audiences.”

Carrie Rae takes up her contract this month.

The New Zealand School of Dance Choreographic Season 2015 will take place at Te Whaea: National Dance & Drama Centre in Wellington 15-23 May. KARST, directed by Contemporary Dance Tutor and NZSD graduate Victoria Colombus, steps out of the theatre creating a multi-layered world, where the dancers interact with an ever-changing space around them. Multimedia projections on the walls, floor and other on-stage elements continuously transition the space for both the audience and the performers.

Victoria said, “Changing the performance space means the students have to think outside the normal realms of traditional theatre. This challenge is bringing interesting results, both creativity and exploration, into the choreography.”

Students train at tertiary level for two to three years at the School to become professional dancers. Choreographing their own work is a core aspect of the course and an essential skill for a career in contemporary dance. The School’s Choreographic Season shows the culmination of these three years of exploration into the art of choreography.

The New Zealand School of Dance’s Tū Move course for young Maori and Pacific Island men is running again in July this year. The free series of workshops gives students the opportunity to learn from top tutors in Hip Hop, contemporary and other styles in the School’s studios in Wellington. NZSD graduate Luke Hanna is returning to lead the course. Luke will be assisted by Jared Hemopo, an Auckland choreographer with a street dance and contemporary dance background, and Wellington Hip Hop tutor Braedyn Humphries. Four full-time students of the School will work alongside the participants, including Toa Paranihi and Connor Masseurs, who attended Tū Move last year.

The the first teaser trailer has been released for the upcoming NZ Hip Hop Film Born To Dance. Starring Stan Walker, Kherington Payne and Tia-Taharoa Maipi, Born to Dance was directed by Tammy Davis and choreographed by Parris Goebel. It is set to hit cinemas in September this year. Head to the film’s Facebook page for more information.

Dr. Marianne Schultz has been appointed DANZ Auckland Dance Advisor. Marianne has been involved in dance for many years as a dancer, teacher, choreographer, rehearsal director, reviewer and historian. She has an expansive knowledge of dance, having worked with young dance pupils to tertiary level students and professional dancers/dance companies to the general public.