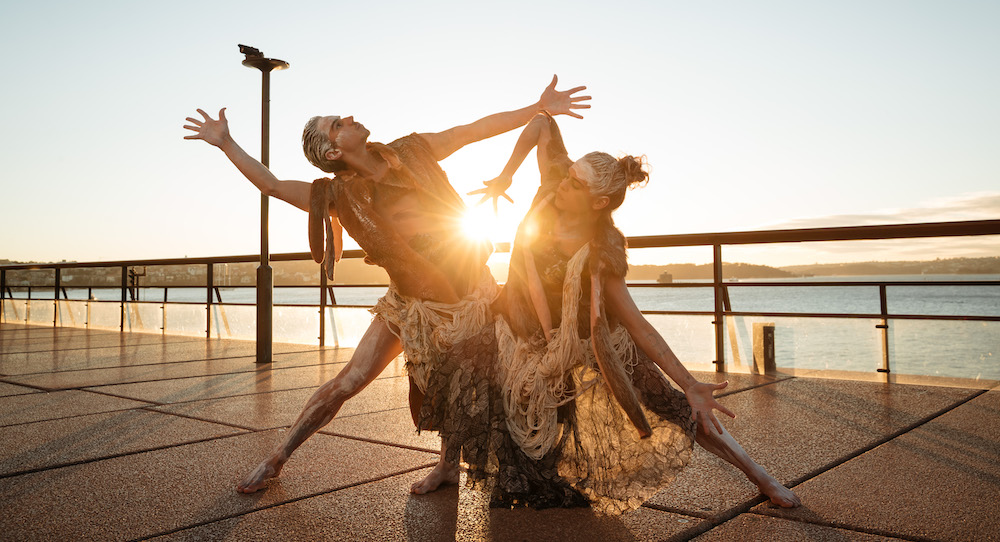 Bangarra has announced that dancers Rika Hamaguchi, Baden Hitchcock and Bradley Smith will depart the company following the end of the company’s successful national tour of Wudjang: Not the Past.

A Yawuru, Bunaba, Bardi and Jaru Woman from Broome, WA, Bangarra Senior Artist Rika Hamaguchi has beguiled audiences with her presence since commencing with the company in 2015. Hamaguchi has toured extensively with Bangarra over this time nationally, regionally and internationally, with feature performances in a number of works, including Sandsong: Stories from the Great Sandy Desert, a story reflecting on her hometown Kimberley region. Hamaguchi will leave an indelible mark in the Songline of powerful Indigenous women, whose creative and cultural forces have shaped our artistic form.

She said, “The work of Bangarra is integral in sparking interest in and reigniting people’s hunger to learn about First Nations stories. I’m really thankful for everyone I’ve met during my years at Bangarra and who have helped to shape who I am today.”

Baden Hitchcock is a descendant from Saibai (Umai Clan), in the Top Western region of the Torres Strait Islands and is also from the Central (Hohodae clan, Hanuabada) and Western (Maravadai Clan, Mabaduan) provinces of Papua New Guinea. He also has English, Irish and Chinese heritage.

Hitchcock has been a dancer with Bangarra since 2017, when he joined as part of the Russell Page Graduate Program. With Bangarra, he has had the opportunity to perform all over the world, including Denmark, Germany, India, Japan, Canada and USA, as well as regional and national touring of Australia.

He said, “I would like to thank Stephen, Frances, all the creatives, and the dancers for making this place feel like home and creating space to have these amazing opportunities. I came to Bangarra to both learn and share more about my culture. I have met and made connections with family and mob, who I know will walk with me for the rest of my life.”

Bradley Smith is a descendant of the Gumbaynggirr people and also has Fijian and English heritage. Smith joined Bangarra in 2018, as one of two Russell Page Graduate Program recipients, after completing his dance training at NAISDA Dance College.

Smith said, “The past five years have been a massive chapter, which I wouldn’t change for the world. I got to experience and share Aboriginal and Torres Strait Islander culture to the country and internationally. I’m very proud to say Bangarra’s my family away from my family, and I’ll hold that to my heart for life.”

Bangarra Artistic Director Stephen Page and Associate Artistic Director Frances Rings said, “It is never an easy process to say goodbye, especially to our artists who are invaluable to the cultural heart of our Company. Bangarra artists Rika Hamaguchi, Baden Hitchcock and Brad Smith have illuminated the stage with their vibrancy, physical rigour, spirited energy and commitment to our Indigenous storytelling. Their significant contributions have added another rich layer to our artistic bedrock and allowed us to perceive our cultures through the eyes of a new generation, charged with the responsibility of caring for culture into the future. We thank them for all they have given to Bangarra, our communities, and industry and wish them the very best for their future endeavours.”