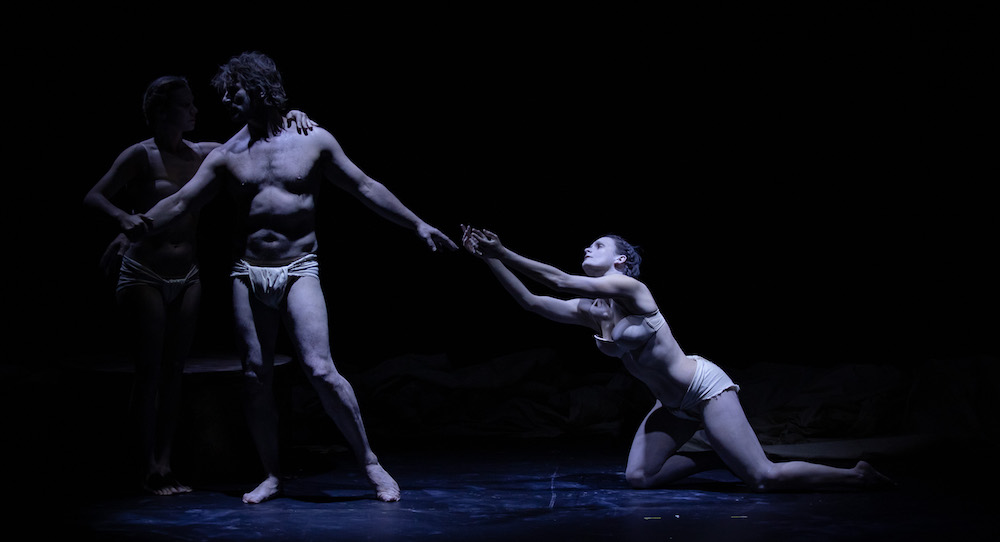 During the COVID lockdown, the dance world faced the challenge of ensuring its survival in a world of social isolation. Denied its usual modus operandi of creating and working together on works that are then presented to live audiences, the dance world responded creatively moving online with barre classes, Zoom workshops, creating smaller more isolated works, and embracing new technologies and creative methods.

Meryl Tankard is an artist who has spent her distinguished career constantly challenging the dance world’s “business as usual” to create works that have challenged the boundaries separating dance, song, theatre, film and movement. Importantly, Tankard was doing this a long time before the pandemic and way before Australia’s contemporary and independent dance scene flourished. Throughout her career, she has been continually drawn to giving voice to dance’s more personal, idiosyncratic and earthy side.

Tankard was born in Darwin to a father in the Royal Australian Airforce RAAF who had several postings in Australia and Malaysia. This meant Tankard had a constantly moving upbringing which she credits to her willingness to try new things and go with the flow with most things.

Creativity of the unsaid

Tankard’s landmark piece, named after her father’s military dog tag, gives a dancer’s account of what war in the Middle East would have been like for him. She adds that her father who passed away when she was quite young never spoke about his war experience thus inspiring Tankard to create VX18504 so as to help her imagine it. From early on in her life, Tankard was already showing glimpses of her creative drive with a willingness to incorporate her personal life experience and to give voice to those whom we rarely listen to.

After entering The Australian Ballet School, she graduated to the company (The Australian Ballet). She always seemed to struggle with the trade-off between disciplined technique and creative expression. Tankard said she was not a joyful dancer. “I never saw dance as love because I always had very strict teachers who in a way killed the joy I had for dance,” she recalls. “I really believe they did that with really strict discipline. So I always had to fight. It’s a difficult thing to do to work hard on your technique.” One of her most renowned works, Two Feet, is a personal exploration of an artist’s universal conundrum of discipline and creative freedom.

After winning an opportunity to audition and work with the renowned Pina Bausch Tanztheater Wuppertal in Germany, Tankard seems to have found her creative home. Looking back, she says, “Pina was like a miracle because at that time, I was feeling that ballet wasn’t for me. She just talked about life. I mean, there were people on the stage rather than little dolls.”

Bausch commented on how incredible Tankard was for the company. “She was fantastic, unbelievable and was largely influenced by the people you have together. It was a very important period we had with Meryl.”

The Pina Bausch Company seems to have given creative structure to Tankard’s anti-ballet where she says that a piece like the Rite of Spring in Two Feet was “this incredible movement that seemed to go into the earth, and as ballet you are almost always resisting the earth and trying to get up and fly to be a fairy of something, but with Pina it was all about the earth.”

Tankard also seems to have flourished in this company character’s driven-dance where much of the performances were emotionally charged and driven creative pieces. The uniqueness of the dancing was determined by exploring the creativity of the dances’ character. One critic said Tankard brought chutzpah to the performances and that she had the ability to be beautiful; she could be tragic, but she had the capacity to be funny to take the piss out of everything.

Tankard returned to Australia creatively inspired and entered into a period of inspired creativity during the 1980s and ‘90s with signature works such as Two Feet, Echo Point and Travelling Light. As well as using much of the creative discipline and practices developed with Bausch, Tankard also started to incorporate dance with other creative pursuits. Her collaboration with Regis Lansac, a photographer and visual artist, influenced works such as the projections of Two Feetand Nuti, which was one of the first dance/multimedia collaborations.

Tankard was also one of the pioneers linking dance and haute couture with her collaborations with the Hermès Paris fashion house by creating events in Sydney.

A key aspect of Tankard’s creativity is literally giving dancers a voice on stage. She came to believe that the dancer’s voice was one of their most unique and underutilised instruments. Works such as Kikimora, Chants de Marriage II and Songs with Mara attempt to reunite the division between song and dance with dancers who have never sung before vocalising chanting and singing.

“You see, singing for me is just dancing with all these wonderful things in your throat,” Tankard reveals. “You find you can dance with your voice.”

One of Tankard’s pet peeves is the idea that dancers are beautiful, interchangeable dolls on stage that are literally wound up and then let go. “I really try for each piece to create a new vocabulary,” she says. “I came from ballet and from Pina, but I don’t want to use their vocabulary. If I start with the dancers’ bodies, I hope I try to develop those movements of each individual, which takes a long time. I hope I will have a different vocabulary.”

It is almost as if she is searching from her dancers their uniqueness, idiosyncrasies and individuality to shine through and develop the work.

Tankard’s creative drive led to exploring the connection between dance and circus arts. “I always felt that dance was trying to defy gravity and what would we do if we could defy it,” she notes. This led to the work, Furioso, where the dancers were literally defying gravity with suspension ropes. In a world of elegant air silks routines, Tankard’s Furioso has a wild, earthy energy and a dancer’s expressive sensibility that was distinctly before its time.

On the international circuit

As well as leading her own company in Canberra, Tankard was also artistic director of the Australian Dance Theatre and worked with a number of international companies in Germany, Holland, Belgium and France. As a freelance choreographer, she has also had numerous prestigious commissions in theatre, opera and large-scale dance pieces such as Deep Sea Dreaming at the Sydney Olympics opening ceremony in 2000.

In recent years, Tankard has put her creative energies toward film, as many creatives are noticing that the transient nature of dance makes it a perfect foil for film’s ability to capture and remember dance’s momentary beauty. In 2010, Tankard studied film at the Australian Film Television and Radio School, and released two short films, Moth and Mad. Her award-winning documentary, Michelle’s Story (2015), paints a moving picture of Michelle Ryan, a dancer who is diagnosed with multiple sclerosis at the peak of her career, subsequently losing her career but returning to dance as a director of Restless Dance Theatre. It seems that whatever her medium, Tankard always seems to find a way of giving voice to those without one.

For Tankard’s most recent work, Claudel, a play examining the life of famous French sculptor Camille Claudel, Tankard was commissioned to choreograph the dance segments. Only given brief moments in working with the human figurines of Claudel’s statues, Tankard’s choreography tries to concentrate the movements as if commanding the statues to speak. Even as Claudel the artist was submerged by madness, her art itself could expressed her yearning.

While expressing a mixed feeling about the dance world’s traditional conventions, Tankard has created an impressive and innovative body of work. Described as instinctive and improvisational in her creative decisions, this free-flowing approach seems to encourage innovation in the themes she explores and her willingness to create with a variety of mediums and creative fields. Perhaps her most potent contribution is to move dance beyond dolls or technical bodies on stage by allowing a range of leaving, breathing characters on the stage.

Claudel runs at the Sydney Opera House through 9 May. For more information, visit www.sydneyoperahouse.com/events/whats-on/theatre/2021/claudel.html.