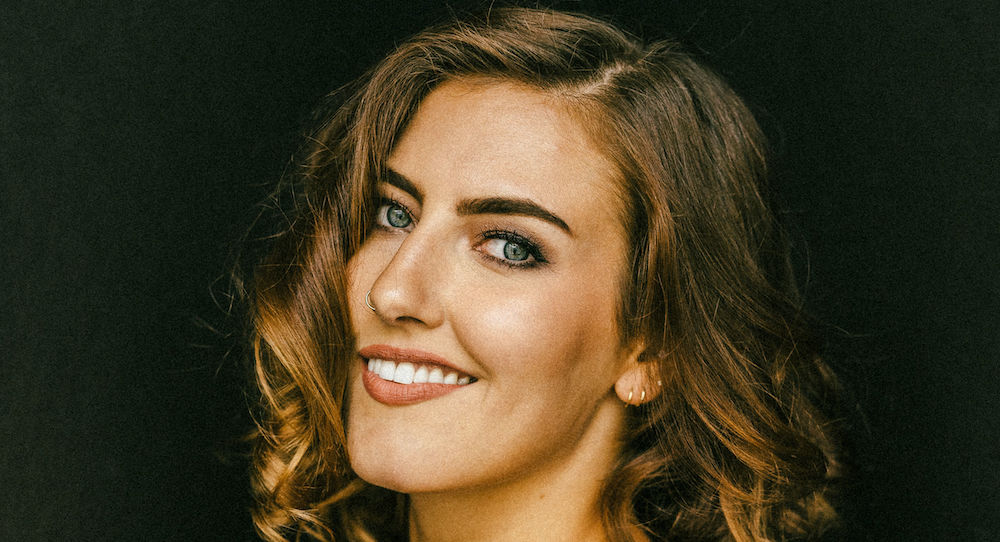 Here, Dance Informa chats to one of the newly announced cast members, Kahlia Davis, about the audition process and about her journey from the US back to Australian stages.

Davis’ performing career began like many when she was a young child. Davis shares that she wanted to be like her sister. “When I started high school, I began training at Patrick Studios Australia (now Patrick School of the Arts), and this is where I was exposed to new dance styles and a more disciplined mode of training that really encouraged and enabled me to grow into a well-rounded performer.” (Don’t miss PSA’s Open Day this month).

Davis left Australia for America to further her training. “I auditioned for The American Musical and Dramatic Academy (AMDA New York) in Melbourne right before I started year 12,” she says. “I received an offer for a place in the Integrated (Musical Theatre) Program. After some time, I discussed the idea of going to New York at length with my family. My family supported me the whole way and made many significant sacrifices for me to be there. I’m forever grateful for that.”

The pandemic for Davis and many performers has been challenging. “Initially, I was trying to maintain some sort of personal routine: online classes, stretching, looking for ways to improve myself with the downtime,” Davis reveals. “But that’s difficult to continually do, especially when there’s no end in sight where you know you’ll be able to put those improvements into practice. I found dancing on my polished concrete floor learning the routine through a computer screen made me more frustrated than grounded. So in many ways, I hit the pause button. I needed to divert my attention to something certainly attainable. I started a Master of Business (Arts and Cultural Management) at Deakin University, and used that to keep me grounded in a routine.”

The initial auditions for Moulin Rouge were scheduled for March 2020. Davis was working on a cruise ship in early 2020, and an Aussie friend in NYC sent her the casting announcement asking if she had submitted for an appointment. The cut-off day was the next day, so she quickly sent off her headshot and resume just in time! She then received an appointment for March, which was of course postponed. Fast forward almost a year to February of this year, and Davis was finally in the audition room.

“It was so good to be back in a studio with other performers learning new material,” she says. “Everyone was so excited and grateful to be there. I attended an initial dance call and a few callbacks for show material and partnering before the creative team went to Sydney. A few weeks later, the dance team came back to teach some more material for final callbacks, and then I attended finals in Sydney.”

Davis shares that she had a difficult time with her health over the audition period. “Amongst all of this, I sprained my ankle, Melbourne was in and out of a five-day lockdown, and I contracted a stomach bug and later a head cold just in time for the final day of auditions! It was an audition experience like no other, not only because of my personal physical struggles and the fact it was my first audition for an Australian production, but because of how COVID restrictions meant that every plan had to be flexible.”

The pandemic of course changed the audition process for performers like Davis, who shares, “They had restricted numbers in the audition room. I’m used to auditioning in New York in a room of 100 women, and suddenly I’m dancing with only two other couples in the room. I was meant to fly back and forth to Sydney for finals, but the Melbourne lockdown prevented any travel. Shortly after I returned to Melbourne, I received an email from casting with an offer, and I still can’t really believe it!”

Staying show-ready during the pandemic has not been easy for performers, so how has Davis kept ready for auditions?

“I definitely haven’t stayed show-ready,” she admits. “For the most part, I maintained some home workouts and went for regular runs but primarily just to keep up a bit of fitness. Show-ready for me is a different kind of fitness, one I think I only truly achieve throughout the rehearsal process as my body learns and adjusts to the demands of the show, no matter how much I’ve prepared prior. When I received word that the Moulin Rouge auditions had been rescheduled, I took that as my cue to kick things back into gear. I started taking voice lessons again with my teacher in New York, got back into dance class, and ramped up my strength and fitness training at the gym.”

Davis shares that one thing that was definitely out of practice was the emotional management of the audition day. Audition days can be long, she says. “You might arrive at 8:30am for a 9am call, warm up and wait until you’re called into the room at 10:30am…to then wait, learn something new, wait some more, then go back in the room at 2pm. It had been so long since I auditioned that I had forgotten what it was like to maintain focus, listen to your body, control nerves, know when to warm up and when to relax, when to build your energy up to hit the mark in the room, and when not to push it. Emotionally managing the day is a skill in itself.”

Davis handles audition readiness by making sure she is in control of everything she can be and asking herself the questions, “How am I presenting myself? Have I warmed up my voice and body sufficiently?”

She shares, “If I feel myself getting nervous, I just breathe, pray, and think, ‘Go out there and just do what you’re meant to do.’ I try to reign in the nervous energy to re-channel it into the performance or audition.”

Moulin Rogue rehearsals start in June in Sydney, previews start in August, and the show opens in September at the Regent Theatre in Melbourne.

“I’m a swing, meaning I will learn six female ensemble tracks and be prepared to step into any of those tracks at any time,” Davis explains. “I’m also understudying two of the Lady Ms – Nini, a principal role, and Arabia, a featured ensemble role. So all together, I will be learning eight tracks in the show, a huge challenge, but one I’m very excited to take on!”

What encouragement can she share with performers at this time? “So much is out of your control in the audition process, and honestly the industry at large,” Davis assures. “But having said that, control what you can. You can control your preparedness, your presence, your attitude, what you present and how you present it.”

To find out more about Moulin Rogue! The Musical, visit: moulinrougemusical.com/australia/home.