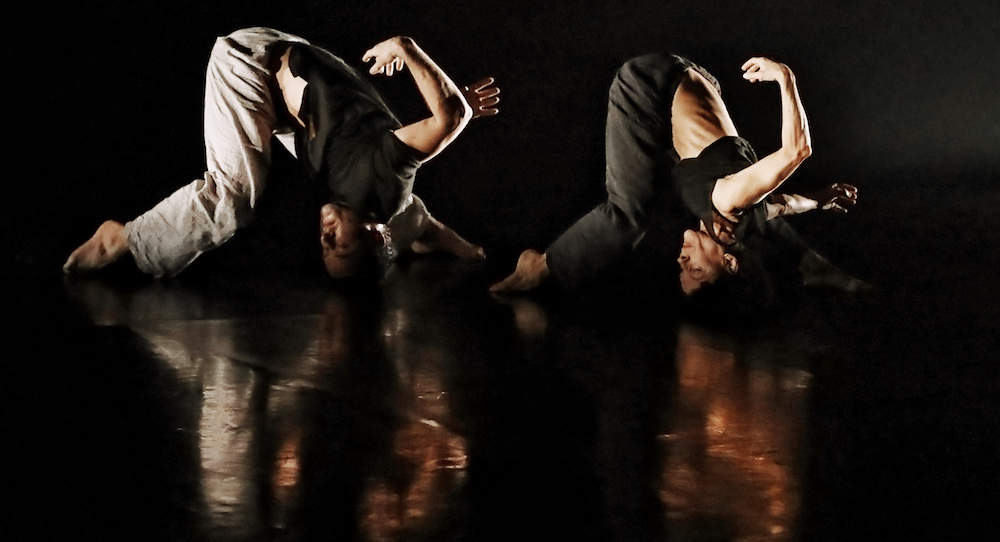 Eloquently, elegantly and passionately performed, Cella is haunting, powerful and hypnotic. The work, intricate and fluid, is based on the concept of the cell, the dancers at times splitting and performing in unison, at others glowing in astonishing solos. Cella focuses on biology and the extraordinary human body, and the boundaries are unclear.

Music by Huey Benjamin acts as a counterpoint to the movement, and there is striking, glowing, atmospheric lighting by Karen Norris, which at one point is blinding but mostly delicate and subtle. At times, there is lots of theatrical haze and the most effective use of silhouette.

As we enter, Narelle Benjamin and Paul White are slowly rolling and exploring space on the floor. Both Benjamin and White are luminaries of the Australian dance world. Benjamin is a multi award-winning choreographer with a special interest in the perceptiveness of her body. White has been based in Germany since 2011, where he’s been performing with Tanztheater Wuppertal Pina Bausch, one of the world’s most influential dance companies. In 2017, Cella had its first developmental showing in Germany. Both dancers are in casual clothes and barefoot. Their bodies sculpturally arch like felines as they move. We see how their bodies create and form writhing patterns, blending and separating in and out of symmetry and unison as they circle.

Benjamin and White both feature in brief but astonishing solos and display great physical stamina. Undulating, rippling arms are contrasted with fractured, ballet-like port des bras and sharply bent elbows. There is a sequence where both dancers have crossed legs and beautifully flexed feet, perhaps evoking merpeople.

Supple backbends and headstands are included, as is a concentration on the Graham-like use of rise and fall and attention to the transfer of the weight of a foot.

Benjamin has a contortionist-like solo drawing on her yoga background. Her petite form apparently defies gravity and how the body usually works, appearing almost to turn inside out. She also climbs and entwines around White’s tall, well built muscular form.

White has a rippling solo, almost as if he is Adam breathing life into Benjamin. Their intimate pas de deux is dazzling. They create complex intersecting images, enfolding, joining together and separating.

At one point, White paints Benjamin’s arms in blue ink; toward the end of the performance, she paints his body, emphasising all the various veins and muscles.

Cella is a mediation on the wonder of the human body and natural forms.