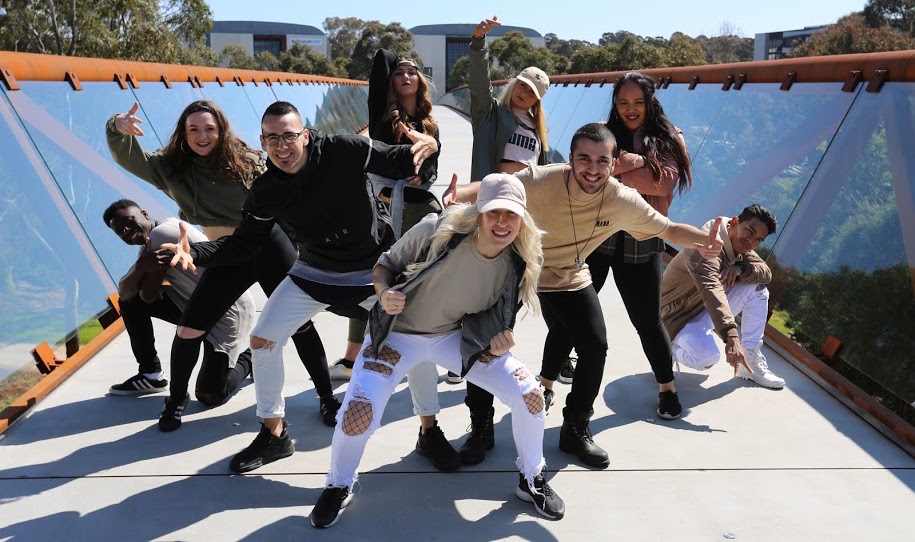 You may know Superhoodz as contestants on Australia’s Got Talent in 2012, when the hip hop dance crew made it to semi-finals, or you may have seen Kat Reow work as one of The National Basketball League’s Melbourne United dancers. Superhoodz is directed by brother and sister team Reow and Troy Daniels. The crew’s anarchic, high energy hip hop style will make you want to cut up the dance floor. It has led the group to performing at Universal Studios, Disneyland and in Dubai. Superhoodz was founded in 2008, and has won a range of hip hop competitions Australian wide.

Reow, co-director and choreographer of the group, has worked on numerous dance events, including So You Think You Can Dance as a choreographer. She says, “I was inspired early on by Michael Jackson and Missy Elliot. I remember seeing Missy Eliot and saying to Mum, ‘That’s what I want to do.’ That’s been my drive.”

Reow and Daniels also run a training academy in Melbourne’s east, Street Dance Studios, which offers hip hop, street jazz and breakdancing classes for all dancers of all experience from pre-schoolers to adults. Street Dance Studios is also where their invitation-only performance ensembles train: the Open aged- SDS Crew, the JNR Hoodz; and the Tiny Tots, the Mini Hoodz. The older performance ensemble members get paid to perform.

Daniels says, “For me, I am all about the next generation. You know, it’s quite tough in the industry to get paid as a dancer. We are one of the few crews who offer professional paid employment to hip hop dancers in Australia. I have a young dancer, Chessen Ivy; he is an African kid who came over from Africa when he was five. I have taught him since he was seven, so I have seen him grow. My goal is to have created enough work and opportunities that by the time he is 18, Chessen can make a career out of it. And get paid good money.”

Superhoodz has already had a busy start to 2018. “We did the Big Bash Gigs for Renegade, which is the live performance at the cricket in Melbourne,” Reow explains. “There was over 44,000 in the crowd. We are performing at The Australian Open Tennis on January 24, and some exciting things in discussion with QV (Queen Victoria Centre). We had a few of our nine-year-olds performing at the cricket in front of 44,000.”

Watch out for Superhoodz at the Australian Open on the 24th of January, and regularly at the National Basketball League. You are sure to be dancing in your seat.