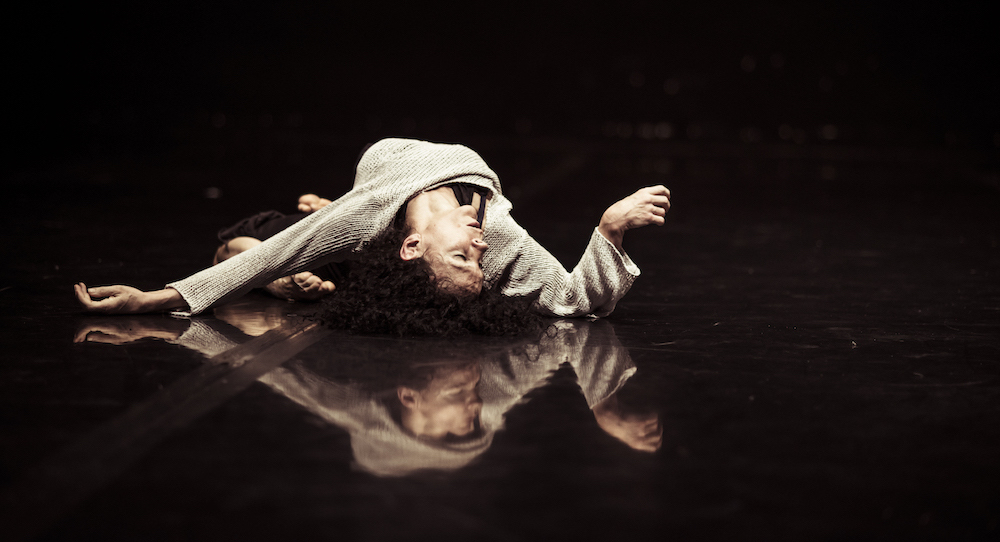 Collaborating and dancing with Paul White in their own creation, Cella, at Sydney Festival 2018, Narelle Benjamin shared with Dance Informa details about the upcoming performance, as well as what the future holds for this acclaimed choreographer/dancer.

What was the inspiration behind the work Cella, and what does the name connote?

“It comes from the Latin meaning ‘small room’, also cells, the basic structural, biological units of all living organisms.

The work evolved out of the somatic research I undertook as part of my Australia Council of NSW Fellowship in 2014-15. I was working with Alice Cummins – body, mind centring work, experiential anatomy and physiology, as well as with another physiotherapist, looking at all the systems in the body, our physiology, the organs and the tissue.

As part of this fellowship, I went to work with Paul White, who was with the Pina Bausch Company at the time, and we used the studio there. I wanted to do some research with him, so we started some explorations. That was 2015, and at the end of that time, we said, ‘There’s a work in this; let’s continue it.’

I applied to Arts NSW for funding, went back to Wuppertal in 2016, and we finished the development and performed our work as part of the Pina Bausch Choreographic Season, which was amazing! We organised a showing of our work, invited a few people, and it was out of that, as well as footage taken by photographer Pippa Samaya, that Meinerad Huber programmed it for the Colours International Dance Festival. So we premiered Cella in July this year in Stuttgart. Luckily, Wesley Enoch came to see the show, and he programmed it for Sydney Festival.”

Can you tell us a bit about the work?

“The piece has a renaissance aesthetic, referenced and inspired by a book, Human Anatomy, Depicting the Body from the Renaissance to Today, which has beautiful drawings and images from the Renaissance period showing the dead as living embodiments of our form, and our fate, rather than clinical pictures in anatomy books.

It feels good being a mature performer in this work, where it’s about the body and life cycle. Paul is the younger male in his prime, and myself revealing the other side of appearance, someone older.”

You’re not new to the choreographic process, and it seems to be developing in a different way now.

“Absolutely. I’ve done a lot of performing over the past 15 years, but I haven’t been in my own work necessarily. Usually, I’ll get other people to perform, and I’ll be on the outside; so Cella is very different, me being in the work. It definitely has its challenges because you’re in the journey and not outside. You can look at video footage, but it is a very different process being on the inside.”

Did it seem almost self-indulgent?

“That has been an issue of mine in the past, but as I’ve become older, I haven’t felt the need to perform necessarily. I would prefer to see it expressed through other bodies, but with Cella, because we started it together and Paul and I are so comfortable together, it just feels really natural to do it together, and didn’t seem indulgent. It was just the natural progression, and being older… it does suit what the work is about – life cycles and the body, the body aging and we die.

I feel like Paul and myself in Cella, we’re both mother figures, creating and giving life to each other and embodying the inter-dependency we each have as human beings throughout the world. Same as our physiology — one organ or system in the body can’t work in isolation; it needs the other systems to survive.”

How did the work develop?

“I brought the research material in, and Paul worked from that beautiful renaissance book, and we looked at fractals in nature, with those infinite complex patterns that just keep repeating: natural selection, ritual as well, and movement evolved out of these explorations. We would do improvisations based on the material, which was beautiful.

When you start to move, you find that the motivation, the movement based on the perception of what you’re working with. And when you become aware of that perception, that becomes the personal relationship with the incoming information, that’s when really surprising movement patterns emerge, and then it’s as if the movement disappears? A bit convoluted my explanation, but what you end up seeing is the intention or idea you’re working with, rather than a ‘nice movement’.”

Sidi Larbi Cherkaoui inspired you when you were in Brussels with the Dance Fellowship. Does he still have an impact on your work?

“Yes, yes. I observed his process with his opera, Shell Shock, which has a very different aesthetic. But I do remember when he came to Adelaide. I was doing Bird Brain with ADT for Adelaide Festival in 2000, and he was there with les ballets C de la B, and I said to myself, ‘Who is that man?!’ I just thought movement-wise I really connected with him with his use of yoga movements, and his interest, like me, in multiculturalism and the human experience. I felt I connected to what he was exploring and the beauty in his work; he can create a whole world around his physicality. He works on massive scales, big picture, where I go detail first, small scale. For me, it’s the tiny things, like the turn of a head.”

As you get older, you have all this experience but can’t necessarily do what you could before. How does that feel?

“That’s it. And for goodness sake, I’m 53, and my body has held out really well, but then different things become more important to you, and what you’re interested in evolves, and it isn’t necessarily about sticking your leg up to the sky. It was interesting in Wuppertal, seeing the Pina Bausch Company performing. I saw all these amazing dancers aged from 24 to 70 years old. And I thought that’s amazing, seeing that humanity on stage. I’d like to see more of that here because it’s incredible watching older performers dancing with younger performers.”

Do you feel you create works that stand alone for that moment, or is there a developmental thread that connects these works? How does Cella fit in there?

“Yes, usually the end of each work sparks an interest, and I have to keep going and explore the next thing further. So from one work, the next work evolves.

Thinking of my last work, Hiding in Plain Sight, which was about home and place and genealogy, and in the last few works, I’ve used a lot of film. But with this work and my fellowship, I wanted this to be really organic and just be the body, light and sound and the relationship between them. And everyone has a body! In a sense, making the dance disappear and the humanness appear. I wanted this work to come back just to the body — the memory in the body, the imprints that inform us, that are recorded through our nervous system, our genealogy, especially in this age of technology.”

After watching Cella, what thoughts or questions would you expect the audience to be asking themselves?

“The journey is like an evolutionary journey, and from Paul and my experience, it feels like a big journey through evolution, so I would love the audience to quieten their minds and just go on that journey and experience it with us, rather than be entertained, be part of the experience. And be moved by the humanity of it. It could be challenging for some as well.

With the constant emphasis on individuality and self, I’m hoping this piece explores the beauty of our similarities; the most complex systems in our bodies are repeated in all of us, the shared human experience.

I feel like maybe this is my last work, but never say never, and I feel good about that. It feels complete, and I have come full circle with some of the works that I’ve made. Because I started with using the body, light and sound, then I went off on all these tangents, and now I’ve come back to that place again, the body. And that’s what this piece is about, so I feel good.”

Finish this sentence: A moving body is…?

“A moving body is ephemeral, leaving its essence and imprint, and is in its presence, what has come before it from others.”

Narelle Benjamin and Paul White’s Cella will run at the Sydney Festival 18 – 21 January. For tickets and more information, visit www.sydneyfestival.org.au/2018/cella.