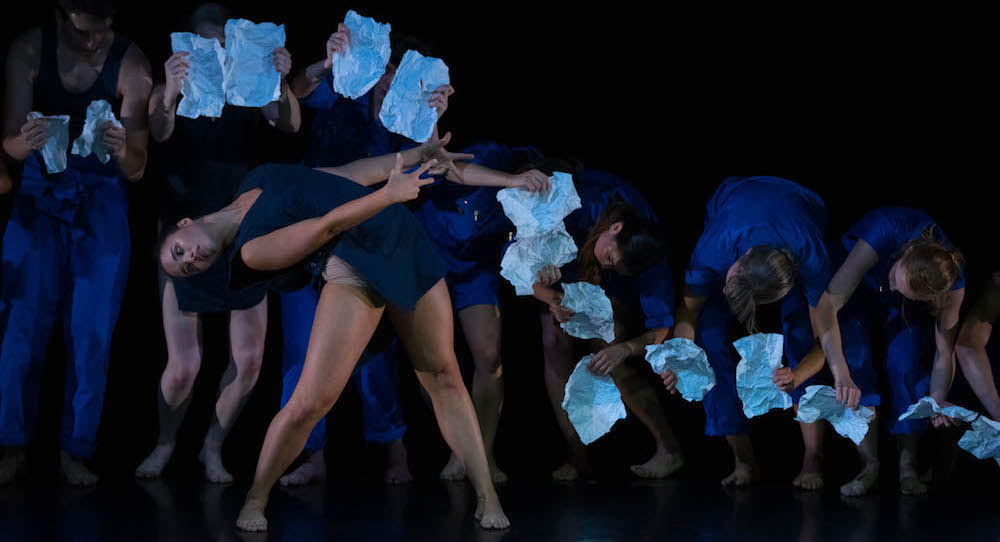 This year’s Sydney Dance Company (SDC) Pre-Professional Year programme, PPY Revealed 2017, consisted of five short, striking works magnificently performed by this year’s members of the Pre-Professional Year, as directed by Linda Gamblin. The dancing was superb, and the ensemble is incredibly accomplished. The dancers are challenged and vibrant.

This performance also provides a launch pad for short works by new choreographers and includes a contribution from SDC Artistic Director Rafael Bonachela – for this year, excerpts from 2014’s 2 in D Minor, which opened the evening.

The elegant, feline-like dancers for 2 in D Minor were in black or cream costumes. Claire Griffen performed a dazzling, slinky opening extended solo. Bonachela’s choreography was at times fluid and angular, including rolling floorwork in a series of scintillating solos (one insect-like ), often in a square of light, a playful teasing duet, another that was enfolding and intimate, and then various waves of quartets becoming the full ensemble in a sizzling, joyous finale. 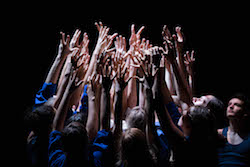 Richard Cilli’s Carte Blanche, structured around crumpled sheets of paper, with the undulating and pulsating dancers in blue overall-like uniforms or tabbards, appeared to be about the struggle to remain individual when faced by a massive overload of government paperwork. It supposedly explores “the concept of interdependence and how we are inextricably linked to our environments”, but this idea seemed to be more in Cilli’s mind than the audience’s.

Lucas Jervies’ Versailles, with the dancers in shiny skin-coloured all over unitards , was strange and unsettling . Jervies has been chosen to choreograph the new Spartacus for the Australian Ballet in 2018 . Choreographically it was slithery and slinky demanding a very flexible lower back .There were  some very demanding Macmillan like lifts and some sinuous duets . The dancers were cool and expressionless – almost insect or alien like .or perhaps the disembodied ghosts of aristocrats haunting the palace ?

Rani Luther’s Outside In, for four dancers with live amplified violin as provided by Cye Wood was powerful and hypnotic with a dreamlike feel. It demanded pantherine leaps , a long stretched line and huge floating lifts.

The final work was Israel Aloni and Lee Brummer’s (both from Sweden) To the foreign void and your response examining the blending and the crossing of physical and mental boundaries and with heavy shoe symbolism .There were some very complicated ensemble choreographic patterns that at times relaxed into circular wheeling runs – the dancers were like flocks of birds that undulated , stretched and pulsated .There were flashes of  star like hands , knee crouches , angular elbows and poignant hugs as well as some slinky floorwork. The third full ensemble work of the programme, it challenged the dancers in terms of ensemble organisation and precision and provided plenty to discuss afterwards.