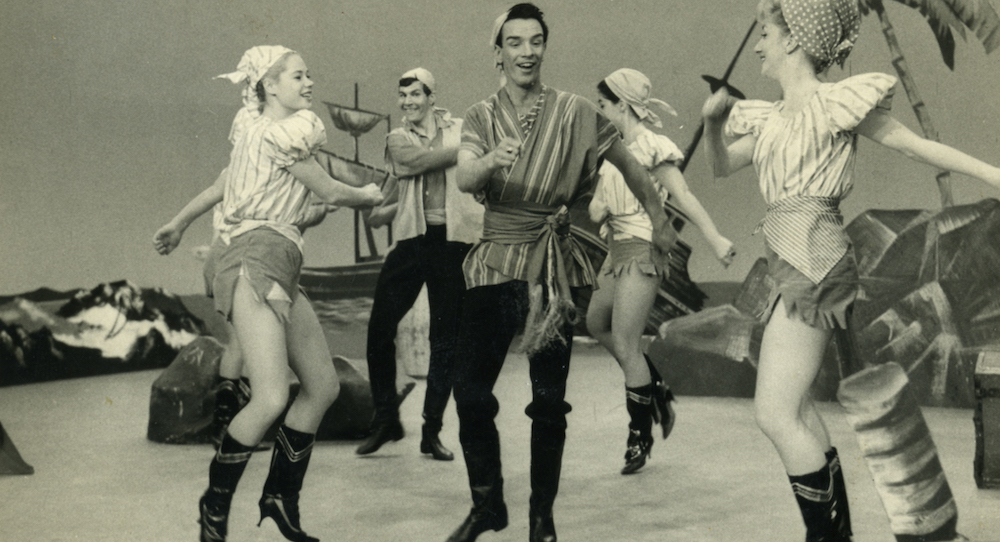 When Noel Tovey, AM says something like “it means a lot to me to be recognised in my own country,” he’s hinting at a lot more than simply being proud to receive this year’s Australian Dance Awards Hall Of Fame citation.

At 82, the former dancer, singer, actor, choreographer, director, writer and activist can look back not merely over a career but a lifetime of massive change and abiding themes. As an indigenous gay man, Tovey is one of those rare people about whom we can reasonably use superlatives like “trailblazer” or “pioneer”.

Born in the inner Melbourne suburb of Carlton on Christmas Day 1934, he recalls, “My life growing up in Melbourne was horrific, by the way. I’ve never been to school. I was a street kid; I was in Pentridge Gaol and all of those things, until some kind people helped me turn my life around.”

One of those kind people, the now legendary ballet figure Madame Boravansky, gave him three classes a week in return for cleaning her studio. “And that,” Tovey remarks, “is how it all began.”

What followed was extraordinary international success in ballet, theatre and, lately, in the realm of publishing with two volumes of autobiography. In addition, Tovey created the indigenous welcome ceremony as part of the Sydney Olympics opening back in 2000.

It is perhaps telling, however, that when he came to pen his life story, he chose the title Little Black Bastard. Indeed, Tovey has been combatting stereotypes and prejudice all his adult life. On the day we speak, the national marriage postal vote was clearly on his mind, and even at 82, it is evident that there is still fire in the belly.

“It’s interesting because it’s brought out all the hate,” he observes.

Tovey muses, “Do I think we’re in a good place? Yes and no. I mean, in my day, being gay was like belonging to a secret society and now it’s in your face. Everywhere I look, it’s there. Things have changed and, in a way, it’s sometimes difficult for me to accept because when I was a young boy, the population of Australia was only seven million; today it’s more than 23.”

He continues, “Back then, it was just us and them, us being aboriginal and them being white Australia; but now it’s a whole other mix. I think Australians are now losing their identity, and that’s why there’s all this trouble. Until Australia feels like it can be Australia again, whatever that means, I feel we’re in a deep hole.”

Amidst the sturm und drang of advocacy, however, Tovey still found time to perform at Sadler’s Wells, act with Stella Adler and direct the first-ever indigenous play to be included in the Sydney Festival programme. It is perhaps for this exceptional balancing act that he was awarded the Order of Australia medal in 2005.

If anything, his induction into this month into Ausdance’s Hall Of Fame brings him back to his days as a teenage ballet student and, furthermore, to his passion for dance. For a man who made his professional stage debut in Paint Your Wagon in 1954, Tovey remains excited by the artform, even if losing a leg to cancer in the last decade has restricted him to a life of wheelchair spectating. “I go the Australian Ballet and I keep up with everything,” he says. “I keep an eye on Chunky Move. They’re doing some great work. Lucy Guerin’s work is very good, too.”

These days, Tovey is also taking on the role of mentor to young actors and dancers. “Art has been my whole life, and it keeps me going,” he explains. “I’m 82, and I don’t really know how much longer I’ve got until I go to my Dreamtime. There’s a part of our culture that says, ‘I can’t die until I give back,’ and I’m giving back in the only way I know how.”

Inspired by this thought, he laughs to himself, before adding, “I once had a radio programme in Sydney when I had two legs called Coming Out With Uncle Noel, where I interviewed all my gay friends who I knew were closet. That was quite an interesting mentor role, too.”

Yet, for all that, perhaps the most telling and poignant moment came when re-enacting his own story in the stage version of Little Black Bastard at the La Mama Courthouse Theatre in his Carlton birthplace. “It was very interesting,” he reveals, “because I was performing in the very room where they took me away as a kid.”

Whether or not such obvious and powerful symbolism will be at play when he appears on the Melbourne Arts Centre stage later this month to accept his latest accolade remains to be seen, but doubtless Tovey will be smiling quietly to himself at the thought of a one-legged, gay ‘blackfella’ being so fulsomely applauded.

The Australian Dance Awards will be held on Sunday 24 September at The Playhouse at Arts Centre Melbourne. For more information and to book tickets, visit www.australiandanceawards.net.au.