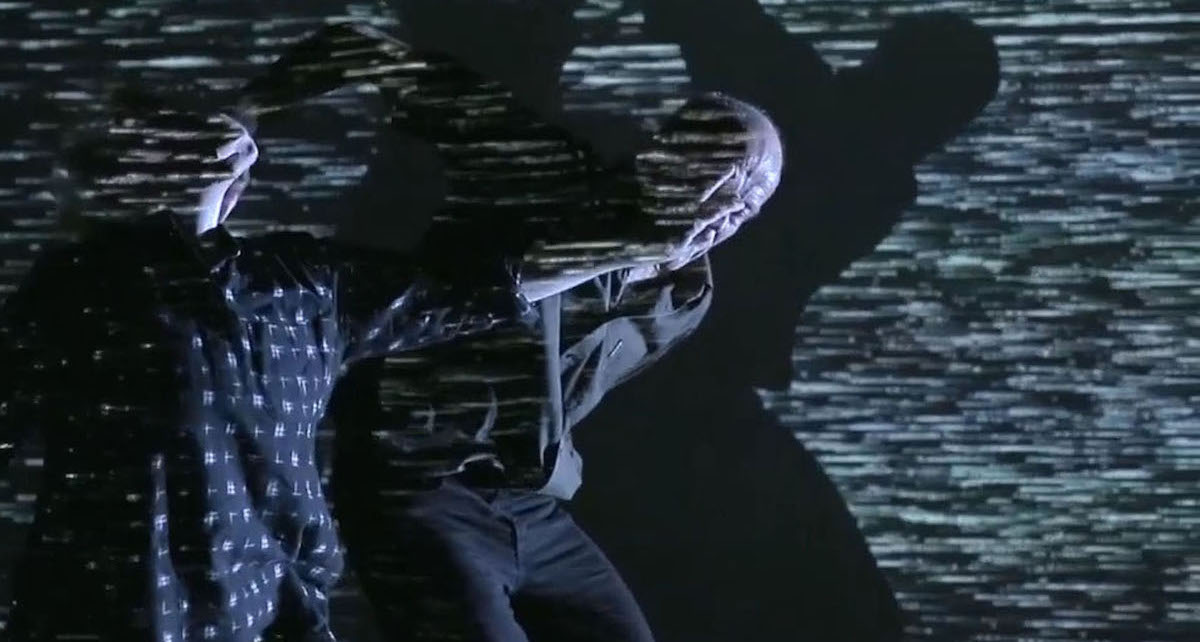 Cosmology and mathematics might not seem like the obvious step-off point for a double bill, but for veteran choreographers, inter-disciplinarians and Body Weather practitioners, Tess de Quincey and Peter Fraser, the highly patterned beauty of the universe has provided more than enough inspiration for their next hour of contemporary dance.

As de Quincey is quick to add, however, “The physicists can crunch the numbers and say, ‘Well look, hey, this is a theory that could really stand up’, but can we really in any sense grasp it?”

It is perhaps this sense of not fully understanding that leaves the space for imagination. For artistry. “For me,” Fraser continues, “it started a long way back when I was getting into [the Scottish mathematical biologist] D’Arcy Thompson, who wrote a book in 1917 where he looked at the maths of the universe and how there were certain patterns that underlay lots of things. Like spirals, for instance. Or the rotations of galaxies or the way seed heads are arranged on sunflowers. So, it was this idea that the universe has some sort of simple patterning that creates all of this complexity.”

Put like this, it becomes easier to see how Fraser and de Quincey’s MetaData began to take shape. Comprising two linked pieces, Pure Light and Moths & Mathematics, it takes the idea of universal patterns and translates it into a precise, formulaic movement lexicon. This motif is then repeated in light and sound, with algorithmic and mathematical patterns informing the entire production.

“We looked at tiny, little patterns of movement on the floor and where we moved in space,” Fraser elaborates. “Dots of movements, if you like, that began to accumulate and make bigger patterns. We also worked with the sound and projections to have it that we were all working with tiny … particles, I guess.”

Aside from all the esoteric quantum mechanical references, MetaData is suffused with light. As de Quincey reveals, “Between the two pieces there is that slightly tongue in cheek feeling of the moth searching towards the pure light.”

De Quincey’s fascination with light, however, is much more than moth-like. Indeed, Pure Light consciously references the work of the late American installation artist Dan Flavin, whose work with commercially available fluorescent tubes brought him international recognition, and won him a high profile fan in Marcel Duchamp. “I just think it’s gob smackingly extraordinary to witness them,” de Quincey says of Flavin’s often minimalist light sculptures. “So I just wanted to do something that was sort of a kneeling piece to him because he introduces us into a light universe.”

At the core of MetaData, though, is an avowedly dance practise: Body Weather. Developed in Japan by Min Tanaka, Body Weather is, as its name suggests, a more “environmental” approach. As the artist credited with introducing the modality to Australia in the late 1980s, de Quincey describes it thus: “It’s proposes that our body is something that reflects the greater environment. We are danced by the larger environment. It’s a process of opening up to receive and is less from the basis of self expression.”

Boiling it down into performance-making, Body Weather breaks the usual, author centred creative mould. “Essentially, it’s a very non-anthropocentric model,” de Quincey outlines. “It’s the exact opposite of it actually. So, when we are gathering material that we think is fascinating to work on, how we gather and what we gather and how we speak about it is all reflected by that.”

With all this maths and theory at play, you could be excused for thinking that MetaData will be cold and dry. According to Fraser, though, this is not entirely true. “It’s starts dry but doesn’t end dry,” he says. “It starts with small details which become complex. I know people are nervous about talking about beauty these days, but they become beautiful.”

Meanwhile, de Quincey is less concerned by any perceived aridity. “I love dryness,” she states. “At one end of the scale, it’s a beautiful state because it’s an understated way of approaching reality. It can enable people to lock in with us because we’re not projecting a lot of soupiness initially. A dry start is a really lovely start because it means that we have a good baseline between us.”

Indeed, in keeping with Body Weather’s philosophy of receiving rather than simply outpouring, de Quincey and Fraser are keen to directly embrace the room. “We also want to be receptive to the audience,” de Quincey concludes, “so that the feeling of the audience can affect us and change us in small ways.”

That those small ways will most likely be subtly mathematical will doubtless form part of the underlying beauty; for as it is in the universe, so it is in dance.

MetaData will run 9-10 September at Dancehouse. For booking, click here.