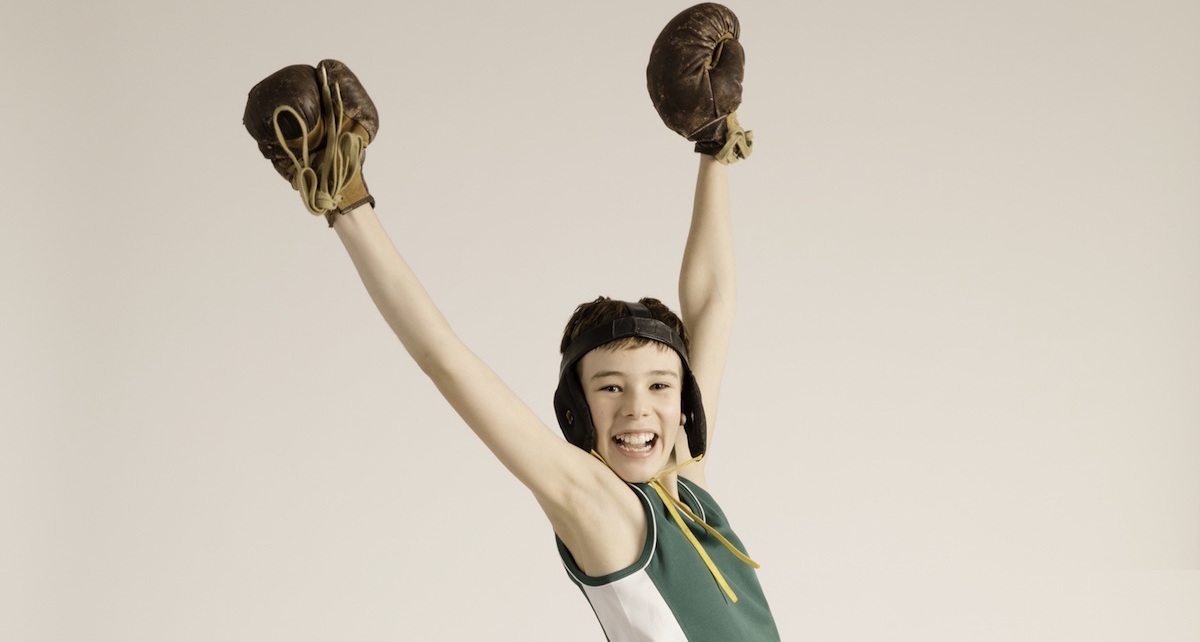 It would be difficult to find someone these days who hasn’t heard of the 11-year-old boy from northern England who ditches his boxing classes for ballet classes and goes on to win a place in the Royal Ballet School, and eventually the Company. Yes, we’re talking about the smash hit film Billy Elliot, released in 2000, and adapted as a musical for the West End in 2005, with music by Elton John and book and lyrics by Lee Hall.

Now, 16 years after the release of the original film, the Auckland Theatre Company (ATC) is bringing the musical to the land of the long white cloud. After an extensive auditioning process, which scoured the country, six talented and motivated young boys aged between 10 and 14 have been cast to share the roles of Billy (Jaxson Cook, Harry Sills and Ben Shieff), and his best friend Michael (Daniel Bridgman, Stanley Reedy and Christian Swan).

Choreographer Malia Johnston was part of the panel that searched from Auckland in the north to Christchurch in the south for the right combination of raw talent and commitment.

“We weren’t necessarily looking for a dance-trained boy,” says Johnston. “We looked at how they pick up movement, how they were able to take instruction. Definitely their singing was looked at, especially to make sure they had a clear voice in the boys’ range, as well as their tapping because there is a lot of tap in the musical. A little bit of ballet was good but not necessary. We didn’t need a fully formed ballet dancer, as Billy wasn’t trained.”

She continues, “And then we were looking at acting. Lynne Cardy, associate director for ATC, ran some acting sessions to look at the boys’ range of expression and their ability to convey emotion.”

When asked what stood out with the six boys who were cast, Johnston reveals that is was all about character in the end.

“It was a combination of their skills,” she says. “Some had more dance experience than others. But you had to really fall in love with the character, believe in him. We were looking for someone who resonated with the character rather than someone who performed the character. Those boys stood out because of the emotional connection they had. We were also looking at their level of involvement, commitment, drive and passion. It’s one thing to turn up to an audition, another to commit to six weeks and all the performances.”

Their commitment, drive and passion was assessed throughout the audition process. And Johnston spoke of some boys with an amazing capacity and determination to learn.

“In the first audition, we were looking for kids who had aptitude to learn,” she recalls. “One of those boys in the first audition had never done any dancing, never been in a dance class. He didn’t even know what a turn was, but he was so determined to learn, that by the time he came back to the second audition he could do double pirouettes and fouetté turns. If a kid can do that in five weeks, he obviously wants it really badly and has experienced what it is to want to learn those things. To see that kind of improvement was amazing. It was obvious he was really keen to do the role, and that counts a lot.”

Johnston notes there were many surprises and says, “The boys had time to go away at the end of the first audition, having been told what they needed to work on. When they came back, it was a real tell-tale for a couple of kids. Some of them just had the spirit of performance. It comes about when you speak to them, or listen to them talk about the role, or play a scene. Then it’s our role to bring them up to the skill set required. None of the boys have the level of performance needed in the audition, but then they went into boot camp.”

“It went fast, but they all clicked as a team,” Johnston shares. “They all have something in common because they are doing the show. They are from different parts of the country and will probably create lifelong friendships as part of the process.”

According to Johnston, one of the things that was so magical about the show was how the cast and creative team became a community in its own right.

“The cool thing about Billy Elliot is that it is about a community, so the work itself becomes a community,” she says. “The story is about a community coming together. Yes, they have conflict in the beginning, but in the end they come together to help this kid succeed. It’s an innate component in the work, but it spills out into how people wok and operate in the company. This gives reality to the performance. It’s fantastic to be working on this project because of the correlations between the boys who will be performing the work and the story itself. I’m really interested in that kind of crossover between life and theatre and reality.”

In talking with Johnston about her journey as a choreographer, it’s difficult not to see parallels between Billy’s story and hers. He was a boy in a mining town sent to boxing lessons and emerged unexpectedly as a ballet dancer with determination, despite his unlikely beginnings. Johnston didn’t really get involved in dance seriously until she was 23 and was in the middle of a science degree.

Johnston lived in the country so wasn’t formally trained in dance until much later than most, although she did run a dance school in Christchurch for five years and taught jazz ballet.

“I was really interested in choreography but hadn’t thought of dance as something you could do as a career,” she shares. “But then there was a course I came across by mistake. The dance course was for full-time training, and you didn’t need ballet training. Starting at 23 was quite old for a dancer. and people thought I was crazy. But I’d always been interested in choreography and had that interest. Working with kids, we’d do shows and stuff. Then I went from graduating straight into chorography.”

Johnston has worked for a number of companies and since 2001 has worked on the World of Wearable Art Awards and introduced a big contingency of dance to that genre. She is commissioned on a regular basis to create dance works for dance companies and tertiary dance schools across New Zealand and was awarded the 2013 Choreographic Fellowship from Creative NZ for her significant body of work.

“I was approached by ATC,” she explains. “I hadn’t worked with them before, but since it’s a musical about dance, they needed a choreographer as well as someone who can help the cast come to their skillset, as they are not all dancers. I’ve had a lot of experience working in professional and community contexts.”

Johnston continues, “I felt like I totally relate to both sides of the camp of understanding what dance means, as something quite strange in a small community. But then when you just participate and engage in the spirit of what it means to be a creative mover, it’s awesome and becomes an exciting thing for everyone. It’s not just a private aspiration. Because it’s a performance and a positive experience that celebrates being human. It’s interesting when you see the transformation of a community that starts by thinking, ‘Why are you doing this, it’s so foreign?’, and then it becomes something they can be proud of.”

Billy Elliot The Musical will be the first performance in the new ASB Waterfront Theatre, Auckland’s new state-of-the-art performing arts facility, comprising a 660-seat, international standard theatre, bar, cafe, gallery space and lounge, which has been built especially for the Auckland Theatre Company. The season starts on 7 October. For tickets, click here.