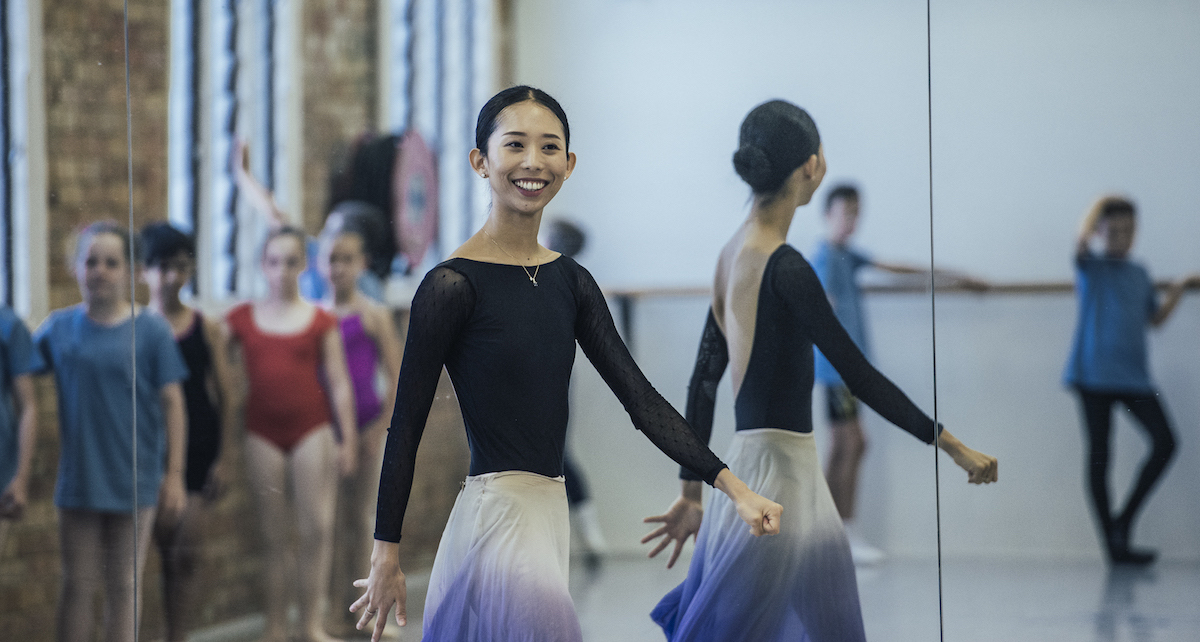 As ballet dancers, we spend more time in leotards and tights than we do in normal clothes, so most of us have a leotard collection a non-dancer would be surprised at. But, as Lina Kim-Wheatstone knows, you can never have too many leotards! The Queensland Ballet dancer has been making her own leotards since 2012 and now has her own brand, LINA dancewear.

Lina, who joined the company in 2010 as a Trainee Dancer, was promoted to Junior Soloist in June of this year. She has toured extensively with the company, dancing many classical and modern roles, from Sir Kenneth MacMillan’s classic Romeo and Juliet, to Derek Deane’s beloved Strictly Gershwin. But it’s Balanchine’s Serenade that she names as her favourite to perform so far.

“I’ll always remember the way the light hit my face as I ran out for my first entrance, and from there it was truly magical,” she said. “I feel so grateful to be given the opportunity to tackle this historic piece.”

In 2012, finding it hard to get a leotard that was both flattering and comfortable, Lina decided to design and make one for herself. From initial sketches to trimming the final thread, the process took a whopping 19 hours, but the results were the envy of the other company dancers. Soon, they were asking her to make leotards for them, too, and Lina found herself with a business venture on  her hands. Now, she markets her dancewear label via her Instagram account and has customers in ballet companies and schools all over Australia and abroad.

“Word travels so fast in the ballet world, which means my usual customers tend to be other professional dancers from different companies around the world and students wanting something unique for their auditions,” she says.

All LINA dancewear is handmade and tailored to the individual dancer. Besides leotards, Lina also makes skirts and legwarmers. The Queensland Ballet dancers currently can’t get enough of her long, dip-dyed rehearsal skirts and leotards using contrasting patterns and fabrics, and it’s not uncommon to find a bunch of the girls in matching LINA outfits for rehearsals.

“With the way dancers work, hours and hours in front of the mirror and often having to showcase ourselves under pressure, I think it is important to present ourselves nicely but also to feel good about ourselves too,” Lina explains. “My designs can be fun and different at times, but my signature styles are very elegant and feminine. I love using mesh or lace – the possibilities are endless!”

At this stage, Lina mostly designs for female dancers – besides her unisex legwarmers – although she does make some male dancewear for colleagues, from time to time. And, she says, there are plans to extend her range.

“I’m looking forward to bringing some of my male and kids’ designs to life one day!” she says.

Check out Lina’s Instagram account @linadancewear to see her beautiful creations. Her email address is in the bio for any enquiries, and her website is coming soon!

You can see Lina perform in Queensland Ballet’s Dance Dialogues and Tutus on Tour, in which she’ll be performing in Ma Con’s Ershter Vals and Greg Horsman’s Verdi Variations. For more information, head to www.queenslandballet.com.au.