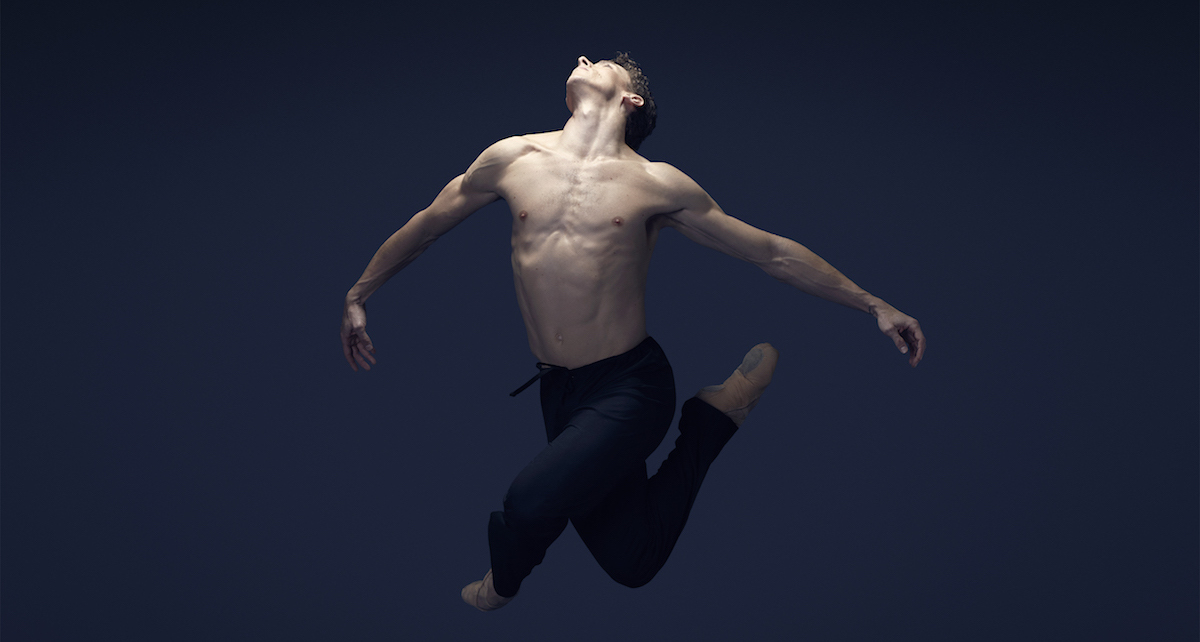 Passion. Stardom. Betrayal. Madness… Vaslav Nijinksy’s life story reads like an unbelievable drama. The supremely talented ballet dancer and choreographer began his ascent to fame in the 1900s, and his legacy continues to influence all forms of art and theatre today. This month, as The Australian Ballet presents John Neumeier’s Nijinsky, we take a look back at the brilliant and ultimately tragic life of a game-changing artist.

Born into the theatre in 1889, Nijinsky was the middle child. His Polish parents, both touring dancers, christened and raised him in Russia. He and his older brother Stanislav received dance training from their father Tomasz, a premier danseur with the travelling Setov Opera company. Eleanora, their mother, was a soloist with the company, and she suffered from depression. Stanislav, growing more unstable as time passed, was committed to an asylum in 1902. The poor mental health of Nijinsky’s mother and brother were perhaps a forewarning of the artist’s eventual demise.

Nijinksy, sponsored by Enrico Cecchetti, entered the Imperial Ballet School in 1900, followed two years later by his sister Bronia. He quickly established himself as a dance student of superior talent, although with poor academic results and often rebellious behaviour, it was only his dancing ability that kept him enrolled.

During his time at the School, Nijinksy received many accolades and opportunities, drawing the attention of master choreographers such as Michel Fokine and Marius Petipa. The young student was viciously bullied by jealous peers, and in one particular incident spent four days in a coma after being deliberately tripped. Eventually, he graduated second in his class, with top marks in dance and music, straight into the second tier – the corypheé – of the Imperial Ballet.

Soon after, he met the impresario of the Ballets Russes, Sergei Diaghilev, who was focussed on promoting Russian art in the West. Nijinsky and Diaghilev became lovers; the latter would go on to be hugely influential in the management and direction of the young dancer’s career. That began with a tour to Paris in 1909, which caused a huge sensation, the Ballet Russes setting trends in art, dance, music and fashion for the next decade, and spreading word of the extraordinary talents of artists such as Nijinsky and fellow company member Anna Pavlova.

Nijinsky became known for his exceptional virtuosity – his jumping and turning ability never before seen on the stage. Bronia wrote of his Paris debut, in Fokine’s Le Pavillon d’Armide: “Throwing his body up to a great height for a moment, he leans back, his legs extended, beats an entrechat-sept, and, slowly turning over onto his chest, arches his back and, lowering one leg, holds an arabesque in the air. Smoothly in this pure arabesque, he descends to the ground…. From the depths of the stage with a single leap, assemblé entrechat-dix, he flies towards the first wing.” [1]

But it wasn’t just Nijinsky’s physical prowess that had audiences captivated. He was remarkably expressive, truly inhabiting every role. “He does not seek to depict the actions and gestures of an isolated type of the character he assumes; rather does he portray the spirit or essence of all types of that character,” wrote the ballet historian Cyril Beaumont. [2]

Nijinsky then began to establish himself as a choreographer, producing works such as L’après-midi d’un faune (The Afternoon of a Faun, 1912), Jeux (1913), and The Rite of Spring (Le Sacre du Printemps, 1913). These daring new works were both difficult and stimulating for audiences, introducing a new, often risque style. Famously, in Faune, as the title character, Nijinsky caused scandal by writhing suggestively with a scarf. The choreographer’s controversially modern approach to movement, coupled with challenging new music by Igor Stravinsky – for example, in Le Sacre –  lead to often violent reactions and division between theatre-goers.

With poor critical reception and being time-consuming to produce, Nijinsky’s ballets caused difficulties for Diaghilev and his financial backers. As the dancer became a principal with the company, his relationship with the impresario began to decline. Around this time, to add to the stress, Nijinsky’s father passed away.

Nijinsky embarked on the company’s South American tour without the support of the two people closest to him – his sister and Diaghilev. The former, staying behind due to her pregnancy; the latter, it was rumoured, wanting a break from the difficult star, perhaps to pursue young men on a holiday to Italy. Nijinsky set sail for South America, a three-week voyage, in a vulnerable state of turmoil.

Also onboard was the young Hungarian Romola de Pulszky, who, after seeing Nijinsky perform in 1912, broke off her engagement and began to pursue him doggedly across Europe, attending every performance possible. Greatly impressed by his stage presence, she wrote of the first time she saw him dance: “An electric shock passed through the entire audience. Intoxicated, entranced, gasping for breath, we followed this superhuman being… the power, the featherweight lightness, the steel-like strength, the suppleness of his movements..”[3]

De Pulszky, growing more and more obssessed, managed to talk her way on board the ship. There, she kept a close eye on Nijinsky’s ship cabin, even befriending his masseur and managing to give the dancer a massage. Eventually, Nijinsky proposed to de Pulszky, possibly encouraged by a Ballet Russes investor with an interest in forming his own company, therefore looking to drive a wedge between Nijinsky and Diaghilev.

Nijinksy tried to teach his new wife some ballet and was devastated to find she had no interest in it. Ballet being the most important thing in his life, he realised within a few days of marriage what a huge mistake he had made, saying, “I had put myself in the hands of someone who did not love me.”[5]

Returning to Paris, Diaghilev refused to meet Nijinsky, instead sending him a telegram to inform him of his dismisal from the Ballets Russes. The company had lost its biggest star, and the star had lost his place in the world he loved. Considered an experimental artist, he needed a progressive environment like the Ballets Russes, where he was able to extend his talents and foster his creativity, and there were no other such forward-thinking companies at that time.

Unable to find a suitable employer, Nijinsky started his own ballet company, but the odds were stacked against him. There were only three experienced dancers: himself, his sister Bronia and her husband. Fokine would not allow his ballets to be performed, rehearsal time was limited, and there was growing resentment between Bronia and de Pulszky. The general critique was that Nijinsky had lost something of his star power, as he became more distraught, anxious and, eventually, physically ill. The season was cancelled, a huge financial blow to Nijinsky, and it was reported in the newspapers that he suffered a nervous breakdown.[6]

In 1913, de Pulszky fell pregnant, and the couple moved to Budapest, where their daughter Kyra would be born in June of the following year. As World War I began, Nijinsky, classed as an enemy Russian, was interned under house arrest. The Ballets Russes also began struggling to recruit dancers as a result of the war, and Diaghilev started negotiations – including a prisoner exchange with America – to employ Nijinsky again.

Eighteen months later, Nijinsky arrived in New York ready to join the tour, which was already rife with complications, including the choreography being considered too sexually explicit or otherwise inappopriate by Americans. Nijinsky began work on new choreography, although would routinely fly into tantrums when unable to communicate his vision to the dancers. The tour was fairly well received, however, with Nijinsky dancing to acclaim. He performed publicly for the last time in 1917, in Montevideo, at age 28.

Relocating to Switzerland to recover from the stresses of touring, Nijinsky’s chronic schizophrenia began to reveal itself. He became helpless, unable to brush his teeth or tie his shoelaces by himself. He rarely spoke, and did not want to be touched. He was diagnosed and committed to an institution in 1919, not long before his second daughter, Tamara, was born. Nijinsky was in and out of hospital for three decades before his death, from kidney failure in 1950.

Fourteen years prior, Nijinsky’s wife had published a butchered version of his diary, written in his final descent into madness; the weeks before, he was committed to the asylum in Switzerland. She deleted almost half of it, moving sections around to present her own version of events. In 1999, however, the first uncensored version was published: dance writer Joan Acocella’s The Diary of Vaslav Nijinsky, revealing the extent of both de Pulszky’s appropriations, and her husband’s suffering.

Little evidence exists of Nijinsky’s genius, besides photographs and written accounts of his performances; however, his legacy lives on today. Various versions of his ballets are still performed around the world, and he has inspired countless other creations across different media, including literature and film. In 2000, John Neumeier of Hamburg Ballet choreographed Nijinsky, based on the life and legend of the man once dubbed “le dieu de la dance”: the god of dance.