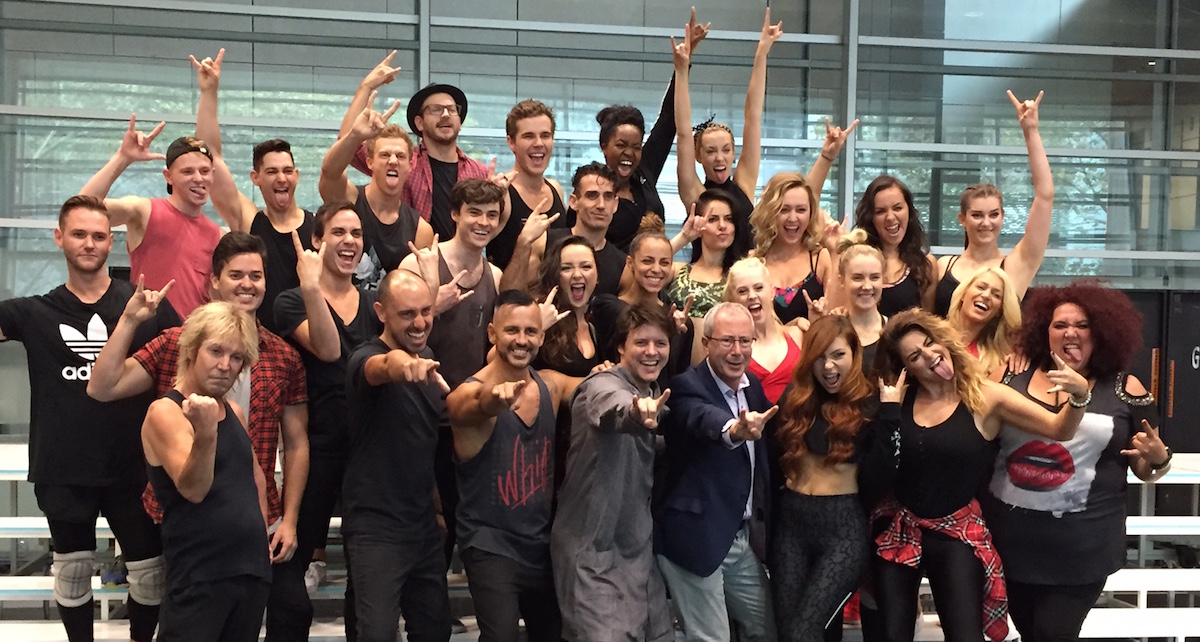 It’s high energy in the rehearsal room with the talented cast of We Will Rock You as they prepare to rock the stage of Sydney’s Lyric Theatre from 28 April 2016. 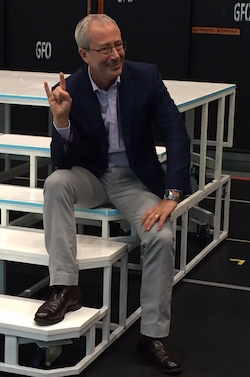 Ben Elton, writer and director of ‘We Will Rock You’. Photo by Nicole Saleh.

Based on the timeless music of Queen, writer and director Ben Elton is passionate about the show delivering a live music experience. “It’s better to experience live rock ‘n’ roll how it was always supposed to be, with everybody else enjoying the show, too,” he says.

The cast gave a short preview of one of Queen’s most famous and loved songs, “Bohemian Rhapsody”. According to Elton, “Until We Will Rock You, under the musical direction of Brian May and Roger Taylor, ‘Bohemian Rhapsody’ had never been performed live.” The cast nailed this extremely difficult song performing the 12-part harmonies with ease, leaving us wanting more.

Along with all the rock ‘n’ roll favourites, the show is also filled with challenging dance routines. “Not only do they have to dance like the devil, but they have to sing like angels,” explains Elton. With original choreography by Arlene Phillips, the ensemble performed a tightly choreographed, sharp routine, which is one of 14 dance numbers in the show.

The show has evolved since it was last in Australia with new artists and the latest addition of the classic Queen song, “You’re My Best Friend”. What makes this production different, Elton explains, is that “each production of We Will Rock You is dependent on the spirit of the artists that we work with.” With an extraordinarily talented cast, including lead performers Gareth Keegan as Galileo and Erin Clare as Scaramouche, this show is reinvented for the Australian stage. 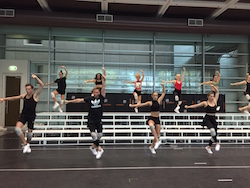 The cast of ‘We Will Rock You’ in rehearsal. Photo by Nicole Saleh.

Ensuring relevance in today’s technological age, another addition to the show is the incorporation of social media into the storyline. “One of the social themes in We Will Rock You is isolation,” Elton says. “Galileo and Scaramouche are two kids who want to be different, and constantly the media is trying to get us to be the same.”

On describing Galileo and Scaramouche’s connection, Elton continues, “When they meet for the first time, even though they have a million friends on Facebook, they have only just met their first friend.” With a satirical take on the situation, in this show “real friendship is banned, and only online friendship is seen as valid to society”, Elton adds.

For more information or to book tickets for We Will Rock You, visit www.wewillrockyou.com.au.

Photo (top): The cast of ‘We Will Rock You’ with Ben Elton. Photo by Nicole Saleh.