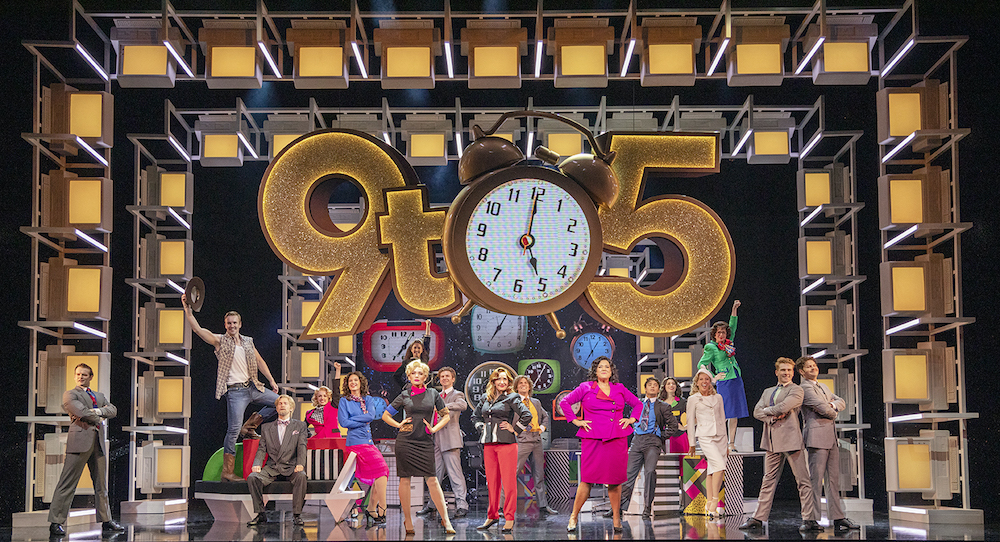 Dolly Parton’s smash-hit musical, 9 TO 5 The Musical, will play at the Festival Theatre, Adelaide from October as part of its Australian tour, produced by Adelaide’s own John Frost for Crossroads Live Australia, Suzanne Jones and Ambassador Theatre Group Productions. Internationally acclaimed and loved by audiences and critics alike, 9 TO 5 is pure gold carat fun! Waitlist now to be first in line to buy tickets ahead of the general public at 9to5themusical.com.au.

The West End favourite has proved a winner during its knockout Sydney season at the Capitol Theatre, which comes to a close on 8 May. 9 TO 5 will transfer to the Lyric Theatre, QPAC from 22 May, and the State Theatre, Arts Centre Melbourne, from 10 July, before it heads to Adelaide.

A stellar cast has been assembled to inhabit these iconic and much loved roles. Marina Prior (The Sound of Music, Phantom of the Opera) plays Violet Newstead, a smart, sassy and efficient woman who has worked all her life at Consolidated Industries. She has all it takes to run the company but there is one small issue … her boss! Casey Donovan (We Will Rock You, Chicago) is Judy Bernly, a newly separated, never worked before young woman who finds more than just a job at Consolidated Industries. Erin Clare (Heathers the Musical, American Idiot) plays Doralee Rhodes, a ‘don’t mess with me’ well-brought-up, bright and beautiful country gal. She may look like a push over but is anything but! Caroline O’Connor (Chicago, Anything Goes) is busy-body Roz Keith, the admin assistant who is fiercely – and unrequitedly – in love with her boss, while Eddie Perfect (TV’s Offspring, Shane Warne The Musical) plays the controlling boss Franklin Hart Jnr.

“I am so excited that 9 TO 5 is coming to Adelaide with this talented cast and crew leading the way,” said Dolly Parton. “The response to 9 TO 5 from around the world has been incredible so far. I can’t wait for everyone down under to have a fun (and funny!) night out at 9 TO 5!”

Producers John Frost for Crossroads Live Australia, Suzanne Jones and Ambassador Theatre Group Productions said, “We’re thrilled to be able to bring 9 TO 5 to Adelaide at the marvellous Festival Theatre with our glorious cast led by Marina, Casey, Erin, Eddie and Caroline. Sydney audiences have been flocking to 9 TO 5 and loving the familiar story, Dolly’s wonderful songs and this fantastic cast. Join us for the most fun you’ll have all year!”

A sensation on the West End and inspired by the hit film, the musical tells the story of Doralee, Violet and Judy, three enterprising workmates pushed to the edge by their mean-spirited boss Franklin Hart Jnr. Resorting to wit, comradery and cunning, they dream up a no holds barred scheme to kidnap and turn the tables on their controlling supervisor in the most hilariously defiant of ways. The only question is, will the feisty trio manage to change the office culture to reach their full potential – or will events unravel when the CEO pays an unexpected visit?

With a sparkling score by Dolly Parton and a book by the iconic movie’s original screenwriter Patricia Resnick, 9 TO 5 is the quintessential feel-good show for the times. Full of mischief, laughter and affection, it’s gold carat fun!

Set the alarm for a great night out at Parton’s joyous smash-hit musical 9 TO 5, featuring knock-out songs and high-flying ambitions.

The Australian Government is supporting 9 TO 5 through its $200 million Restart Investment to Sustain and Expand (RISE) Fund, a program that is providing financial assistance to arts and entertainment companies affected by COVID-19.

For all season details and to book tickets, visit 9to5themusical.com.au.