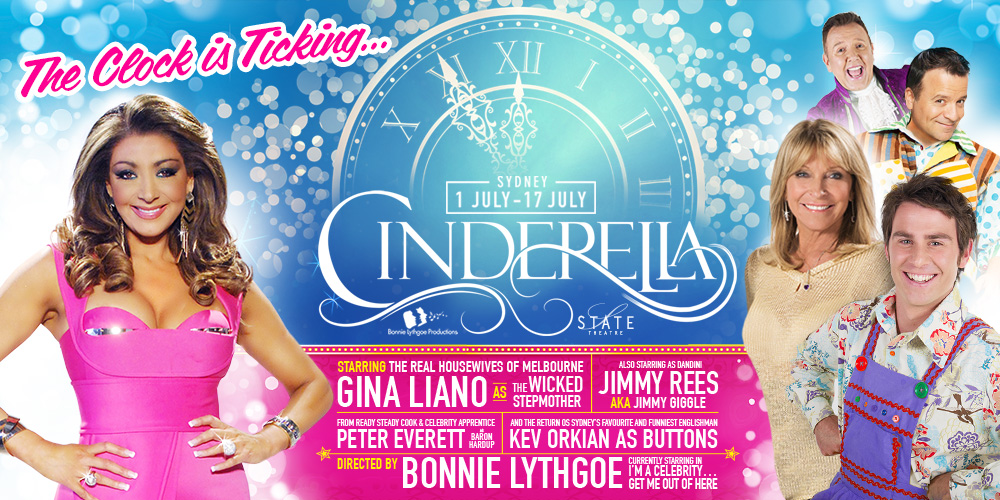 Producer and recent inmate on Channel 10’s I’m A Celebrity Get Me Out Of Here, Bonnie Lythgoe has cast Hi5 favourite Tim Maddren as Prince Charming in her upcoming panto, Cinderella, which will be presented at Sydney’s State Theatre from Friday-Sunday, July 1-17.

Maddren joins The Real Housewives of Melbourne favourite Gina Liano (playing the Wicked Stepmother), Jimmy Rees (as Dandini), Kev Orkian (as Buttons), Peter Everett (as Baron Hardup), Studio Ten’s Craig Bennett and Josh Adamson (as the Ugly Stepsisters) and lovely newcomer Jaime Hadwen as Cinderella. The only character yet to be cast is the Fairy Godmother.

Lythgoe has been staging pantos in the USA for a number of years. Well known for her creativity and involvement in global television hits American Idol and So You Think You Can Dance, she is dedicated to bringing affordable theatre to families across Australia by presenting fun musical theatre that the whole family from the age of three to 103 can enjoy. For further information, visit www.ozpanto.com.

To win a double pass to Cinderella The Musical at Sydney’s State Theatre on Thursday, July 7 at 3 pm, email info@danceinforma.com with the answer to this question: What performer will play Cinderella? Please title the email “Cinderella Sydney Giveaway”. Please provide your full name, mobile number and date of birth. This competition opens April 28 and closes May 10. Enter to win now!