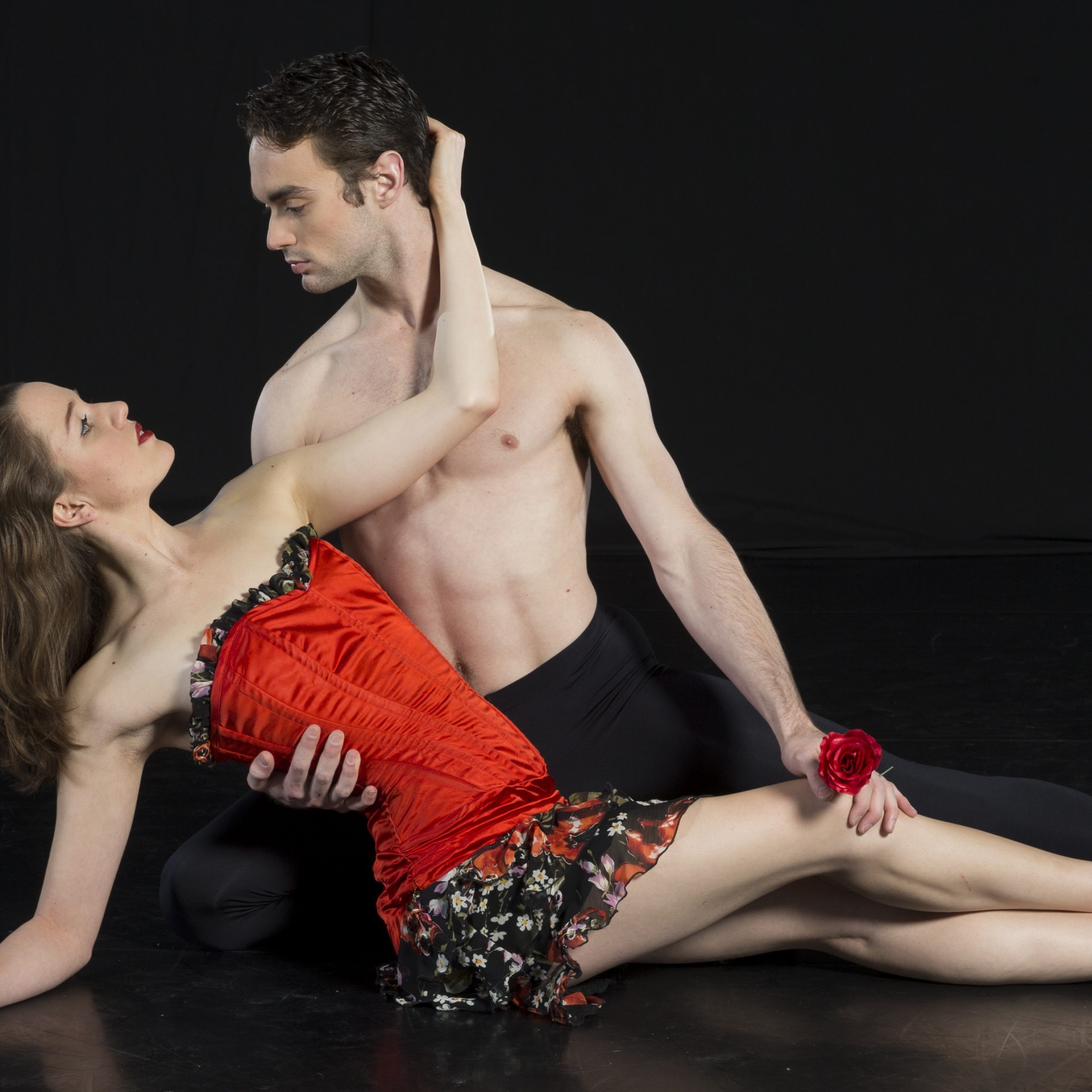 Using the much-loved opera as a base and hints of The Force of Destiny and Don Quixote, Carmen was the latest offering from Melbourne City Ballet.

Technically the young dancers were sensational and gave terrific performances. They handled the sometimes repetitive, sometimes extremely demanding choreography very well. There were elements of Kenneth MacMillan and Graeme Murphy in the choreography, especially in some of the difficult partnering. And let’s not forget the Roland Petit version! Overall, this was a clean, prettified version; the narrative generally clear as the dancers attempt to portray the dark, swirling passions of the very dramatic story. There was use of castanets but no Flamenco dance as such. The ensemble work was terrifically done and the trios for the police and later the toreadors were splendid showcases for the terrific male dancers of the company.

The costumes were lovely. I liked the laced corsets and the long, billowing ruffled skirts for the women. However, the semi-bare chested toreador jackets for the men were a bit awkward. There was lots of red silk cape swirling and bullring allusions. At times, it was quite dramatic and intense, and the pas de deux were excellent. Each of the pas de deux had distinctive dips, swoops, swirls, lifts and jumps to define the various relationships, which were very difficult. Some were light and glowing, some smouldering and sultry, and one in particular featured backbends and was a lot closer to the floor. The minimal set was most effectively done and the lighting was extremely atmospheric.

Our Carmen was portrayed by tall blonde Nikki Blain, who was proud, haughty and aloof in a fine performance with some dazzling dancing. Don Jose was passionately performed by Brendan Bradshaw in a splendid dramatic performance. His jumps and turns were tremendous.

Micaela was sensationally danced by Yuiko Masukawa. Her pas de deux with Don Jose was tremendous. She has beautiful port des bras and a lovely expressive line. Masukawa shows her as sweet and gentle but with hidden passionate depths.

The rather exotic, dark and mysterious fortune teller Sophia was terrifically danced by Carolina Pais. Is she in fact controlling the whole story?

The very handsome, rather supercilious Escamillio was dynamically danced by Michael Pappalardo.

The washerwoman/opera singer was portrayed by Melissa Gall, who sang at appropriate times a couple of the famous arias, either with the recorded music or acapella, accompanying herself at one point with castanets. She wore a short blue and white dress. While very well performed, for me her voice was too light for this particular opera, and the blending of recorded music and live was, for me, rather incongruous.

This was a most interesting version excellently danced.