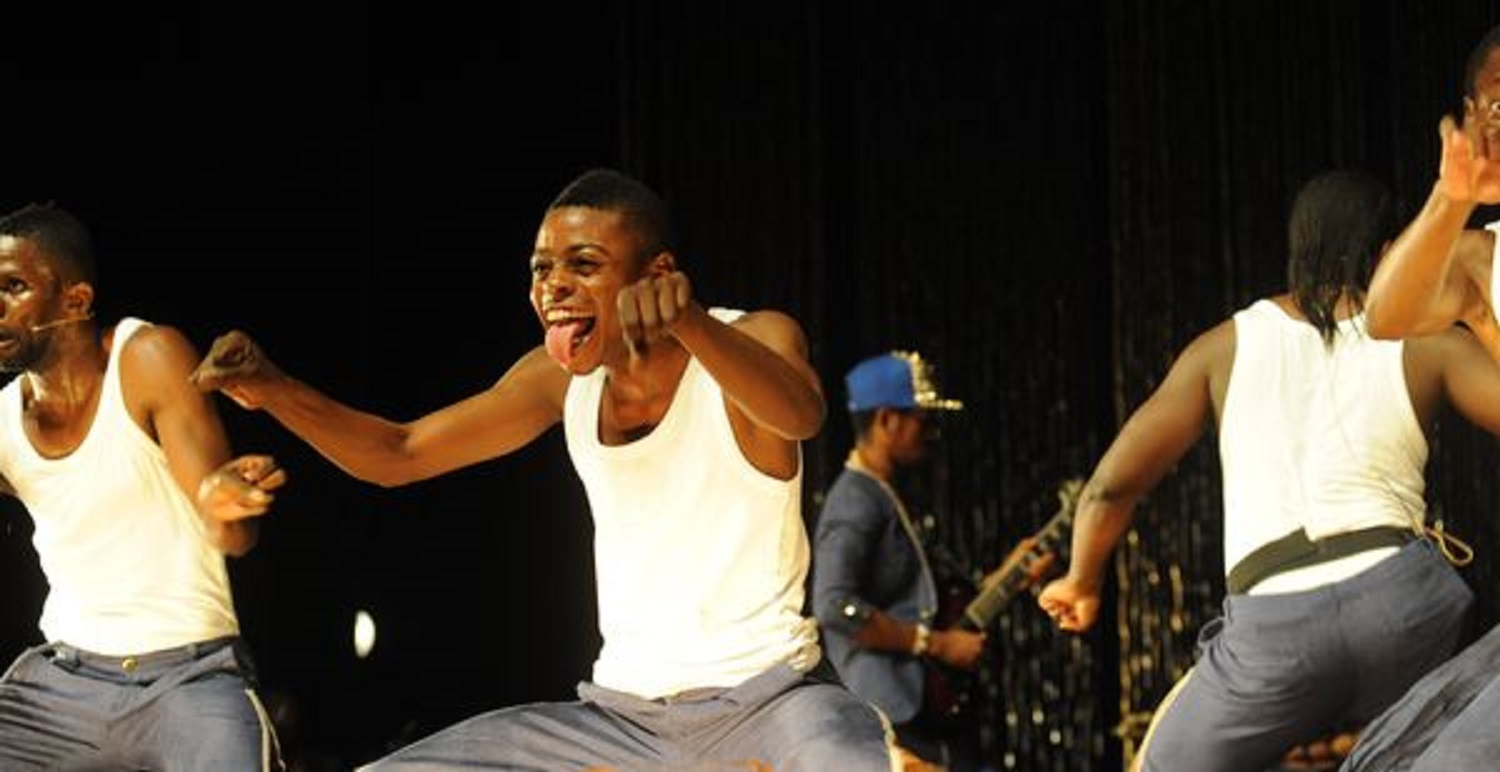 Coup Fatal opens with a Monteverdi overture that becomes a duet between an electric guitar and a thumb piano before it winds its way into an anarchic unclassifiable work. Is it a musical, a dance, a fashion show? Perhaps comic or camp opera? Classical music recital? Congolese dance concert? Modern minstrel? On the surface it seems to embrace all these labels with kitchen sink panache.

Coup Fatal (Fatal Blow) is a multi disciplinary work that expresses the surreal and irrepressible nature of the Congolese experience through the unifying aspect of its music and dance. This is where Alain Platel shines – true democratic collaboration where the musicians dance and the dancers play music.

Alain Platel, a Belgian choreographer and director who founded Les ballets C de la B in 1984 (Les Ballets contemporains de la Belgique), has a knack for bringing together distinct, yet disparate, elements to create new theatrical forms. Coup Fatal is no exception.

In collaboration with Fabrizio Cassol and Rodriguez Vangama, this work is inspired by a diverse Baroque musical repertoire with 13 musicians from Kinshasa accompanying the unexpected voice of counter-tenor Serge Kakudji.

The project was envisaged in June 2010 with the idea to bring together Congolese musicians and the Congolese counter tenor.

We have a juxtaposition of operatic arias and traditional Congolese percussion with a good dose of popular jazz and rock. How these diverse elements fuse to create a new musical form which is both natural and exuberant can only be the result of Congolese magic.

One could say there are two parts to the performance, a before and an after.

Before, all performers are dressed in what appear to be old military uniforms, a reminder of the tragic Congolese conflict and destruction suffered by the country. There is pathos and pain as men stumble and fall, to be supported by their compatriots. 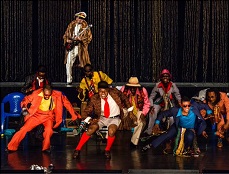 In the after, the battered guerrilla uniform is superseded by an over-the-top fashion spectacle of the Congolese sapeurs. The musicians occupy the stage as sapeurs or dandys strutting and grinding their stuff in incongruous getups. There are garish Zoot suits, haute couture and national costumes, including Scottish kilts and Chinese silk suits, thrown together and worn with a strutting and preening aplomb. It’s as if they have converted the Kinshasa streets into their personal runway and they are the star designers and models.

The dancing throughout Coup Fatal is unstoppable and inseparable from the music. As long as the music is playing there will be someone dancing. Alain Patel’s influence is evident with the house style of Les Ballets C de la B emphasising an eclectic mix of anarchy, popularity and committed dance. Central to this is the Congolose ‘soukous’, the capacity to isolate and gyrate each part of the body to the sensuous rhythm of the music.

Whilst every one dances throughout the show, no two dancers move in a like manner and the distinctive body types create a sense of individuality amidst the synchronicity of the music.

The stage set, with its minimalist semi circle of plastic chairs for its 13 musicians, has an almost casual feel of a street bar with a dance band. Combined with the vaudeville-style direct footlights, this creates an atmosphere of tense confrontation between performers and audience that can only be relieved by the exuberant energy of the performance. A shimmering, brassy, beaded curtain in the background acts as both a set of chimes as well as a baroque counterpoint to the raw action below.

Tister Ikomo, a xylophone player, gyrates his way across the back of the stage behind this brassy curtain, his massive expanse of rippling back and shoulders looking distinctly, strangely, like a dying Congolese swan.

And throughout the entire performance, Rodriguez Vangama wanders amongst the chaos, an unassuming guitarist playing the role of conductor, setting the tempo and conducting the creative chaos in a seemingly casual and detached manner.

Underpinning the spectacular is the counter tenor Serge Kakudji, a big, beautiful Congolese man with an almost female soprano’s voice. Rather than being comic, this engenders poignancy, which is strangely disturbing. Rather than a tribute to Baroque music, Coup Fatal is an ode to the raw and bold elegance which is without excuse, Congolese.

Coup Fatal is a work that showcases the rewards of imaginative and creative collaboration. Collaborating across musical traditions, country borders and performance disciplines is a reflection of the disparate elements in the world and how art can unify them. It certainly captures the motto of Les Ballets C de la B that “this dance is for the world and the world is for everyone.”