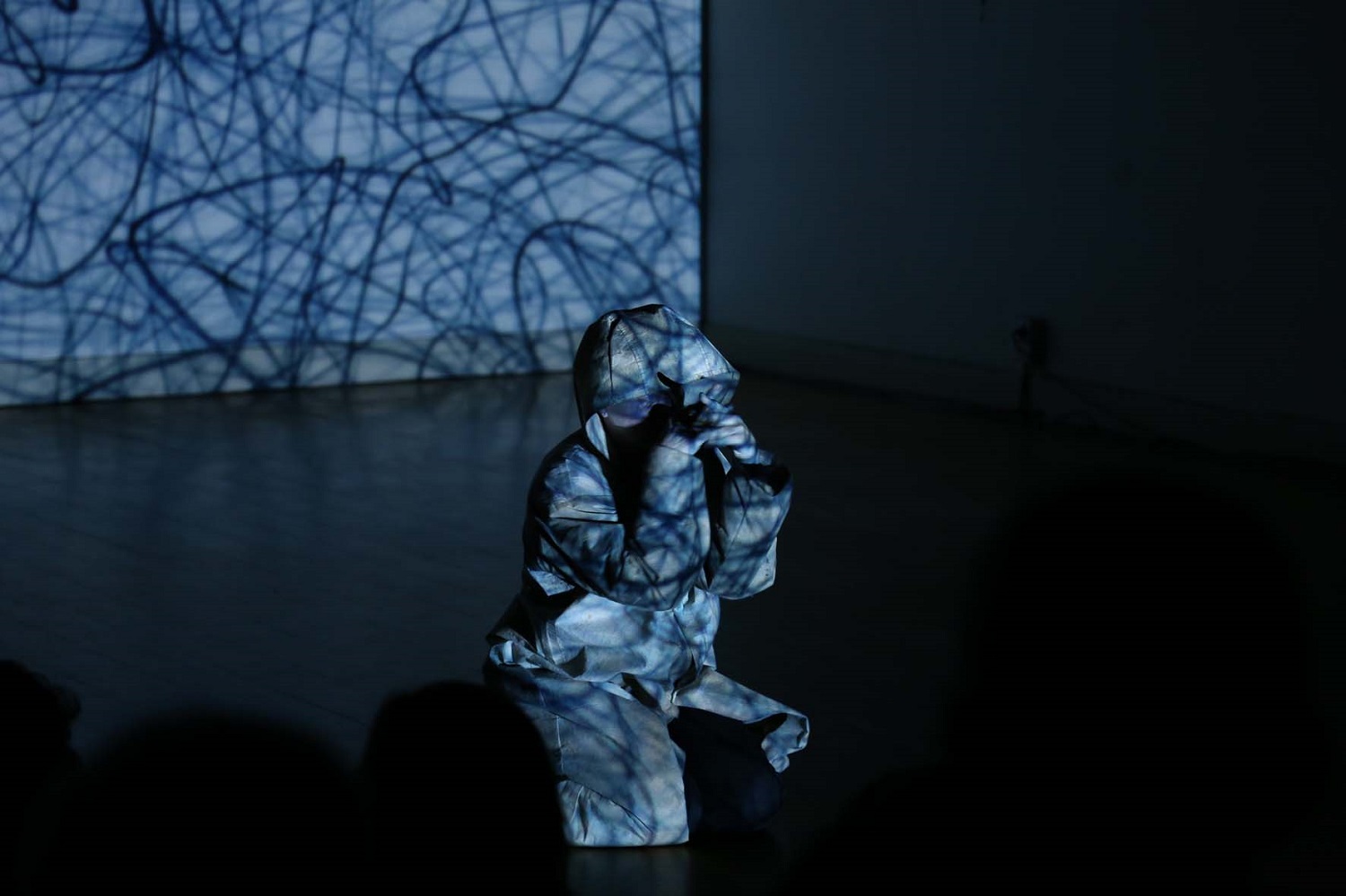 Moondance – Isotopic Reflections is the latest work by Tess de Quincey. Presented as part of the Sydney Fringe Festival, it draws on her Butoh and Bodywork background and is a mesmerizing, powerful and hypnotic hour-long solo. It develops into an almost trancelike meditative state and demands intense control.

The audience is seated in a triangular configuration in the Erskineville Anglican Church. We focus on the far back wall where there are two stained glass windows. Vlaskine’s visuals are striking; much use is made of dramatic shadows, but we also see images of lunar eclipses that become spots and squiggles, morph into calligraphy and then tumbling lines forming assorted stretched lines of a fence and the landscape, linked to the moon. Are we observing a creature of the night forest, or the nights’ sky? The soundtrack beeps, clicks, hums and throbs ominously.

De Quincey begins her solo hunched over like a rock or a moon boulder. For almost all of the solo we do not see her face (the hidden side of the moon) as she mostly has her back to us. She is dressed in black with a long, white, dirty, hooded coat, again referencing the land and the moon perhaps. At times, she is like a Kabuki demon and then an icy cold Moon Goddess.

Choreographically, most of the work consists of tightly controlled floor work, and when de Quincey does stand it is against the wall. Tiny, almost imperceptible movements of the body fractionally shifting. Eventually the rest of the space is briefly explored. The line of the body is often in long rectangles. I wonder if we are meant to pick up small references to Matthew Bourne’s work.

At one point, yes – we do get to see de Quincey’s face! And here there are butterfly-like palpitating hands. At another point some very fast small steps are performed, contrasting with the rest of the work. There is another part where de Quincey is hunched and tilted over, as if attacked or a wounded bird.

With the lines and projected images on the wall, de Quincey becomes absorbed into the landscape, linking herself to the land and the moon.

At the end, she returns to her rock-like state. The moon has gone full cycle.