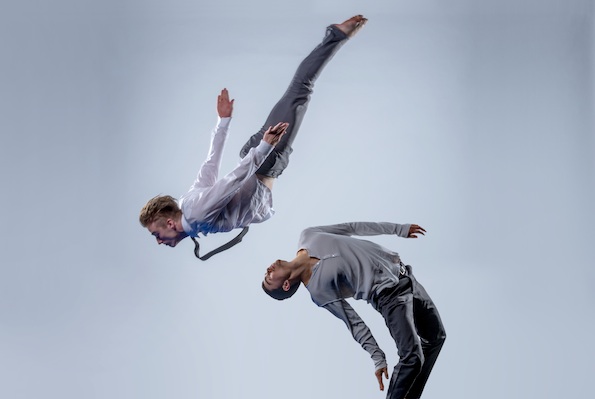 The full programme for Auckland’s popular Tempo Dance Festival was announced on July 29. On the bill are Rifleman Productions’ Amanimal, a brand new work called RED and Okareka Dance Company’s Tama Ma. For a full list of festival performances, head to www.tempo.co.nz.

Two third-year contemporary students from the New Zealand School of Dance (NZSD) have secured contracts to join dance companies after graduating. James Wasmer has been offered a place with Black Grace and Michael Ramsay with Australian Dance Theatre.

This term, NZSD has two distinguished guests coming to teach. The first is Pablo Aharonian from Ballet Santiago. Born in Uruguay, Aharonian was a principal with the State National Theatre Ballet company in Montevideo and a guest principal with Stuttgart Ballet. He has been guest ballet master at San Francisco Ballet School (USA) and National Ballet Sodre (Uruguay). For the past three months, Aharonian has been in Perth acting as artistic director for West Australian Ballet.

The other guest tutor is Victoria Simon, a ballet mistress for the George Balanchine Trust who will teach at the school for two weeks beginning September 1. She is coming to teach Balanchine’s work Concerto Barocco for the students to perform in the school’s Graduation Season in November. Simon was one of the first dancers selected by Balanchine to restage his ballets. She has staged over 25 of the master’s ballets for more than 80 companies on every continent in the world. She is in great demand as a teacher of the Balanchine style and technique.

Footnote Dance Company has welcomed three new dancers this month – Alexandra Ford, Lana Phillips and Kosta Bogoievski. Ford, from Newcastle, Australia, and Phillips, from Gisborne, New Zealand, both graduated from NZSD in 2013. After joining Footnote recently, they got straight into things with two performances at City Gallery Wellington and a Dance-in-Education Residency at Matamata Intermediate. Bogoievski, a Unitec graduate, joins the company for its season The Status of Being with Alexa Wilson. Rehearsals are now underway.

Independent qualified judges will be on hand to score each performance and provide valuable feedback to the artists. And in a first for New Zealand, three winning dance troupes will have the chance to win bids to the World Dance Championships, held in Disney World Florida during May 2015.

DanceBrandz Nationals Competition is open to all ages, and offers a variety of divisions from solos to dance troupes, beginners through to seasoned professionals. There is also a wide variety of dance genre categories, including jazz, hip-hop and open dance. For more information and to enter, visit www.dancebrandz.com.