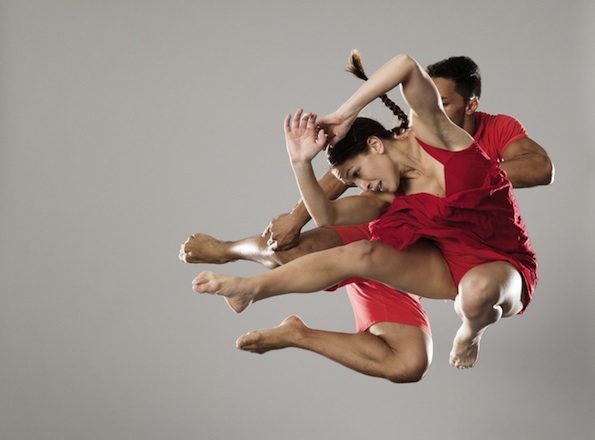 Edinburgh Festival Fringe is the largest arts festival on the planet, and Kiwis are about to descend on it in full force. More than 200 New Zealand artists travel to Scotland this month; the biggest group to ever have performed together outside of their homeland. One company on the bill is leading contemporary dance group, Black Grace.

Founded by Neil Ieremia in 1995, Black Grace is one of New Zealand’s best-travelled companies, having toured to South Korea, Mexico, Australia and New Caledonia. Following a USA debut in 2004 – performing a sold-out season at Jacob’s Pillow Dance Festival – the company has performed regularly throughout North America, earning audience and critical acclaim.

“Most recently [we] performed in New York, showcasing at the APAP conference at City Center, and prior to that USA, Canada, Germany, Luxembourg, Switzerland, Holland, Mexico, Japan, and a few other countries, including Australia,” says Ieremia. This, however, will be Black Grace’s Edinburgh debut.

Supported by the Arts Council of New Zealand (Creative New Zealand), this will be the first time in history that such a significant group of actors, dancers, musicians, writers, Maori performing artists, spoken word and visual artists have ever performed together outside New Zealand.

Ieremia agreed, saying: “It’s fantastic that Creative New Zealand have been able to support such a large contingent of New Zealand artists through the NZ at Edinburgh initiative. It feels great to be part of something bigger and seems like it’s going to be a lot of fun.”

For its part, Black Grace will present a collection of short works, including Minoi (1999), the second movement of Human Language (2002), Pati Pati (2009) and Mother Mother, which Ieremia created last year for a video clip for popular Kiwi band, Fat Freddy’s Drop.

Of the works on the programme, Ieremia makes a special mention of Minoi, which he created with his friend and original company member, Sam Fuataga. Minoi fuses a traditional Samoan dance style known as Fa’ataupati (slap dance) with western contemporary dance to explore questions of cultural identity.

“I have great memories of creating Minoi,” says Ieremia. “[Sam] led this work for many years prior to his retirement from Black Grace. It still reminds me of him every time I see it.”

One original company member who will be making the trip to Edinburgh however, is Sean MacDonald, who has been with the company on and off since the first Black Grace show in 1995. MacDonald, a much-loved figure in New Zealand contemporary dance, is still going strong at 41; he’s an inspiration to the dance community.

Ieremia too is one of New Zealand’s most important names in dance. He has received the Arts Foundation of New Zealand Laureate Award and the Paul D. Fleck Fellowship in the Arts from The Banff Centre, Canada. Besides sell-out performances at the prestigious Jacob’s Pillow, he’s led the company in a four-week season on New York City’s 42nd Street, performances at The John F. Kennedy Center for the Performing Arts, and performances as part of the 2010 Cultural Olympiad in Vancouver.

Directly after Edinburgh, he will then take the company to Seoul, South Korea to perform in the Chang Mu International Dance Festival. After a quick stop back in Kiwi land, it’s back to New York, followed by another New Zealand season to close 2014.

Before that though, the busy director/choreographer is looking forward to experiencing at least a bit of Scotland, its people, its history and “performing 24 shows straight.”

“We are performing every night we are in Edinburgh, so unfortunately that won’t leave much time to get out there and see much else,” he says. “Our days are going to be spent joining the masses handing out flyers and selling tickets to our performances. If I can, I’d love to swing it so I can see Pina Bausch, Akram Khan, The Factory and Mau.”