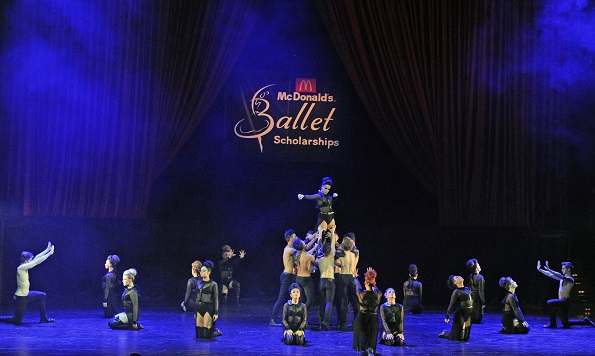 Since its beginning in 1933, the Sydney Eisteddfod platform has served as a launching pad for many great Australian artists, including the late Dame Joan Sutherland (who served as one of its artistic patrons until her death in October 2010), Maestro Richard Bonynge AO CBE, pianist Roger Woodward, tenor Stuart Skelton and Steven McRae, a principal at The Royal Ballet.

The final night of the 2014 Sydney Eisteddfod ended with the performance and presentation of two of the most prestigious and hotly contested sections, the 16-19 years Ballet Scholarship and the Jazz Dance Group – including lyrical (any age, including full-timers). These performers are considered to be one step away from a professional career and the standard certainly reflected this.

The eight jazz groups represent dancers that are potentially going to be the next wave of professional commercial dancers in Australia. They are generally studying dance full-time and are hoping to make this a professional career.

The first group, choreographed by Lee Cotteril, entered in a frenzy of energy on spinning cubes with the dancers in a fusion of 70s futuristic costumes dancing to Get Up Offa That Thing. Filled with tricks, flips, jumps and extreme flexibility, it was only let down by a lack of straight dance and choreography.

Next up was Ev & Bow, choreographed by SYTYCD alum Marko Panzic. From the moment the performers entered, the number it was captivating, spine tingling and mature. The dancers had incredible technique and beautifully delivered the sophisticated and thoughtful choreography.

Moving on to The Village Performing Arts with a number choreographed by Matthew Gode, this was another piece that featured slick and professional choreography with an industrial/warrior style to the music and costumes.

The 5th jazz group of the evening was from Brent Street. The group presented a very powerful and engaging piece (which is to be expected of the highly experienced choreographer Cameron Mitchell). It was impressive choreography that really showcased the dancers’ abilities and created a work that could well be a professional piece.

Capital Performance Studios danced to Tell Me and entered in very bright and bold red sequinned costumes. Overall, it was tight, fun and full of energy.

The second-to-last group, National College of Dance, performed to Bang Bang and opened with a look influenced by Sweet Charity. Overall, it was a strong work with great use of light and shade and solos and duos, creating a multileveled piece.

Last, but certainly not least, was QLD National Ballet performing a lyrical jazz take on Spartacus. The opening was dramatic, with the performers dressed as gladiators capturing the audience’s attention with great intensity and power.

The last for this section was from Dubbo Ballet Studios, choreographed by another SYTYCD alum Charles Bartley. The group performed to the track Let The Grove Get In. Filled with glitz and glamour as the girls entered in showgirl costumes, the number was fun and upbeat.

The adjudicators for this section, Tia Jordan and Kelii Grauer, both very experienced and respected professionals in the commercial dance field, had a challenging time choosing the top three in this category. The current popularity of Game of Thrones also has much to answer for in influencing the stylistic choices of a number of routines, which isn’t necessarily a bad thing, as they were all executed brilliantly (excuse the pun).

Theses winners were definitely in my top four, although not necessarily in that order. I felt that Ev & Bow’s piece was a standout and deserved a place, if not first, and I was shocked that they weren’t mentioned at all.

Now to the virtuosity and skill of the solo ballet contenders. The ballet scholarship competition had been whittled down from 180 to eight exceptional performers, which demonstrates what stunning talent exists in Australia in the field of classical ballet. The finalists performed in two rounds, dancing a traditional well-known classical solo from a major ballet and a solo of their choice in either classical or contemporary. 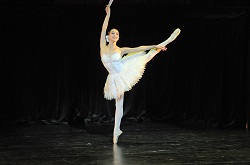 Matthew Bradwell, one of three boys, had wonderful presence and his technique was truly amazing, particularly considering he is only 17 years old. During his 2nd solo, Bradwell demonstrated stunning lines and exceptional arches, which showed a great base for becoming an exceptional male soloist in the future.

Sera Schuller, also 17 and one of five girls competing, performed the Aurora Variation from Sleeping Beauty and a contemporary solo titled The Journey. Each entrance she made was with a beautiful countenance and captivating stage presence. With the perfect blend of strength, liquidity and grace, she already has the quality of a professional soloist. In both solos Schuller showed great maturity and was captivating.

The next girl, Kayla-Maree Tarantolo, performed the Kitri solo from Act III of Don Quixote, and a very unique work influenced by the bombing of Pearl Harbour. She is an absolute pocket rocket with incredibly long and flexible limbs. Tarantolo owned the stage with her energy and demonstrated great control and technique.

Noah Dunlop, the second of the boys, had a lovely presence on stage and good overall performance but was a little wobbly in his landings and also lacked solid grounding. Dunlop is an accomplished young man with obviously good technique. He only needs to develop his strength, which will come with age.

Another 17-year-old, Chiara Gonzales, is currently participating in the Queensland Ballet Junior Program whilst studying full-time at Professional Ballet Coaching Academy on the Gold Coast. Gonzales entered with the perfect fragile and elegant feel of Giselle and danced with good control and expression. Her dancing is very gentle, soft and fairy-like, which is a testament to the incredible mastery of her technique.

The next girl on the program was Sasha Leong and she had huge support in the audience. Leong displayed incredible athleticism and impeccable technique. As one of the youngest competitors, she had enormous strength.

Now, to the penultimate soloist and the final boy, Daniel Russell. Having shown early talent to secure the lead in Billy Elliot, this 18-year-old has obviously learnt great stage presence from professional work, as his energy was all encompassing. His jumps had great height and he owned the stage. There may have been a few minor issues in technique, but his connection, performance and bubbly character more than made up for it in both solos.

Bethany Cockburn was the final performer in the classical section. Her performance was one that was also filled with wonderful technique, strength and virtuosity. In both pieces she showed great maturity matched with exceptional technique.

With prizes also going to: Bethany Cockburn and Noah Dunlop for 2nd +Winner Performance Award from The Australian Conservatoire of Ballet

In any competition there will be differing opinions, but the talent was undeniable and any of the eight performers certainly deserved to be in the final. My favourite was Sera Schuller, as to me she had the perfect combination of technique, ability, stage presence and watch ability. Although only two contestants could be announced as winners, all the finalists are destined for great things in the world of dance.

Congratulations to all the competitors! You were inspiring!