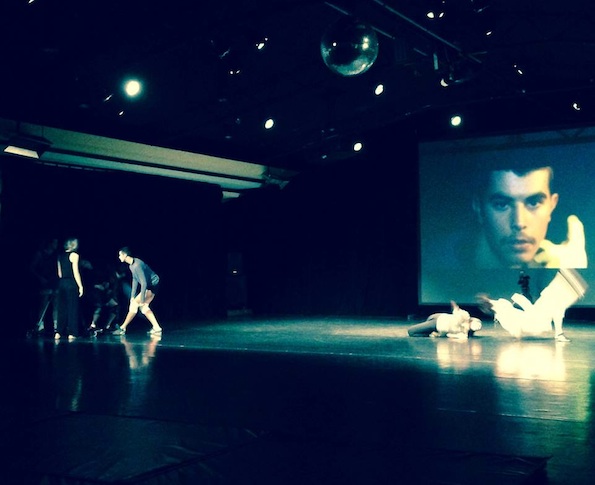 Australian Dance Theatre (ADT) is gearing up to turn 50 in 2015, making them the longest-running company in the country. Their recent European tour of Proximity through France and the Netherlands required them one extra dancer.

Meet recent WAAPA graduate and ADT’s newest dancer Jake McLarnon. Dance Informa recently caught up with Jake to hear about his dance background, how he was invited to dance with ADT, and his future aspirations within Australian dance.

Can you tell us about your initial training in your hometown of Perth?

“I studied at John Curtin College of the Arts in the specialist contemporary dance and ballet program for five years, only having experience in commercial styles before that. WAAPA allowed me to continue to develop and refine these skills I started to explore. I studied in the Advanced Diploma course, majoring in Ballet. I had opportunities to perform internationally, dancing in works by some of the most well-known choreographers.”

You joined ADT within a month of graduating from WAAPA, even flying out for a secondment with the company the morning after your final graduating performance! How did you become a part of ADT’s European tour of Proximity? What happened when you found out?

“I was first approached by Elizabeth Old, the associate assistant director of ADT, after a company class in Perth. ADT was on an Australian tour performing G and I was lucky enough to join them for a class. I was then invited for a secondment later in the year. While there, I learnt material from previous works from company members and performed it for [Artistic Director] Garry Stewart, which was one of the most terrifying experiences. It was about a month later when I got the call (while out shopping I might add), asking me to join the company for their European tour of Proximity. There is almost nothing to describe how happy I was after that call.”

ADT has a unique style that makes them immediately identifiable. Although you were still fit from full-time training, did you make adjustments to your own routine before beginning rehearsals with the company?

“This news changed my whole general workout routine. I had been taking regular classes in both ballet and contemporary, then adding a gym routine. Three weeks before I left, I was in the gym everyday, sometimes twice, training weights while increasing my cardio, and even classes as well. Just over a month after that call, I was back in the ADT studios.”

With this opportunity arising so fast after graduation, you were immediately thrown into the professional dance world. Tell us what helped you make the fast transition.

ADT warming up for a show in the third venue of the European tour, the Theatre Des Louvrais in France. Photo by Jake McLarnon.

“There is an incredible jump from being a full-time student in an institution (such as WAAPA) surrounded by other students in the same position as you to an extremely well-established professional contemporary company within such a short time. All that training you learn has to be put into practice right away. But that is what those types of full-time courses are designed for, to prepare you for the professional dance world.”

What challenges did you face in the first few weeks?

“Everyone in the company knew what they were doing so it was a challenge remounting a work as well as stepping into someone else’s role. With ADT already having such a unique style, I definitely had knowledge to gain, regarding tumbling. I was extremely grateful that the other dancers took time to teach me and help me develop such skills.”

Your first performances in a professional company took place in the Netherlands and France. Tell us about touring and company life!

“Being on tour is truly an amazing experience, especially in the beautiful countries of the Netherlands and France. Being able to do this for a living seems surreal. The best advice I could give to anyone about touring and company life is be prepared for anything! Almost anything can change once you walk into the studio, even the night of the performance. You could be asked to jump into any position without question and even end up having an onstage kiss. You have to be alert at all times and remember you have been employed for a reason.”

Jake McLarnon warming up on the stage before his opening night and first performance with the company in Utrecht, Netherlands. Photo by Jake McLarnon.

ADT has helped foster some of Australia’s most impressive and award-winning dancers. Do you have any more plans with the company and what other plans for your dancing do you have coming up?

“After three months away from my hometown, I am now back in Perth, but only for a few short months. I will be heading back to Adelaide in August, starting my full-time contract with Australian Dance Theatre. Meanwhile, I am currently teaching dance students at John Curtin College of the Arts, the high school which I graduated from in 2010. It’s a privilege to be teaching these students and passing on my knowledge and experience that I have grained through all my training at WAAPA and John Curtin, and now my professional dancing career. Both John Curtin and WAAPA have taught me so much.”

What do you consider to be one of your greatest strengths as a dancer?

“I have always found learning material somewhat easy, but you can never stop learning. There is so much information around you all the time, but it’s up to you to acknowledge it and apply it.”