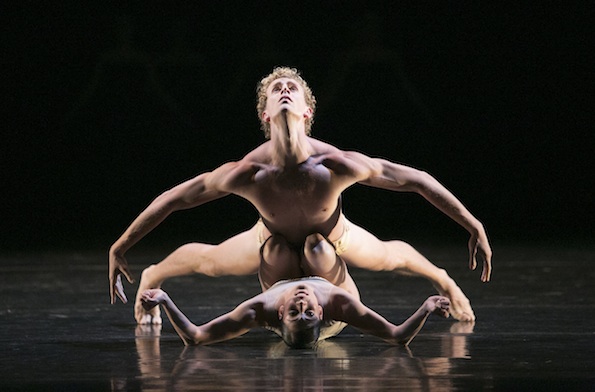 Tempting as it may be to hibernate for the next three months, if you did, you’d be missing out on a whole world of dance treats. Here are just five things to do and see in Melbourne this winter season.

This brand new tap dance musical is brought to you by Director David Clisby and the crew from Melbourne Tap Dance. Be entertained by original music, breathtaking choreography and a cast that includes some of Australia’s finest tappers. Beacon is set in a steampunk world inhabited by beings who have lost touch with their souls. The story follows eight lovable characters as they seek to save humankind from the wrath of an evil creature.

A world premiere, Beacon will be performed for three shows only on June 13 and 14 at the Guild Theatre at Union House at the University of Melbourne. Catch popular tap dancers and teachers Winston Morrison and Ella Lehaf performing alongside Amelia Homes, Jordan Ortt, Ruben George, Abigail Grace and Rachel King. Beacon has been written and choreographed by Winston Morrison and Kricket Forster. For more information and to book your tickets, head to www.beaconthemusical.com.

Balboa is a form of swing dancing that became well known and beloved in the 1930s and is enjoying a new wave of popularity today. Dance group ‘The Fists of Balboa’ are offering a series of all-inclusive workshops throughout the month of June. The workshops are suitable for existing dancers of swing and promise to “wrap up all of the things that you need to know to proficiently dance Balboa socially. Pure Bal on one fist, Bal Swing on the other.”

For something fun and a little different, get yourself to 1929 Studios every Thursday in June from 7 till 8:15 p.m. The studio is located at Level 1, 281 Smith Street, and workshops are only $80 for five hours. For more information, visit www.wherevent.com.

Acrobats, musicians and dancers will light up the Palms at Crown stage on June 13 in this powerful display of African culture. Cirque Mother Africa – The Heartbeat of Africa has been seen by more than two million people worldwide and is now on tour throughout Australia, including performances at many regional centres.

Masks, drums, beads, amazing costumes and stunning sets all help to tell the stories woven into the show. This is not just a traditional African show, but also expresses the dynamic culture of the new Africa, with performers sharing their love for their homelands of Ethiopia, South Africa, Kenya, and more. For further information on this exciting experience, go to www.cirquemotherafrica.com.au.

Works from three of the world’s greatest choreographers will be showcased at Arts Centre Melbourne this month, in an exhilarating season by The Australian Ballet.

In the work Chroma, McGregor pushes the boundaries of ballet amongst a minimalist set by architect John Pawson, all to Joby Talbot’s dramatic score. Kylián’s much-loved pieces include an unexpected use of props, including black Baroque ball gowns with minds of their own. Bayne’s Art to Sky, set to Tchaikovsky’s Mozartiana, is his first new work since his sold-out Swan Lake.

This is definitely a show not to be missed! Chroma runs June 6-14. For more information, visit www.australianballet.com.au.

A partnership between Carriageworks, Dancehouse and the Keir Foundation, the Keir Choreographic Award is the first Australian prize dedicated to commissioning new work and to bringing significant support and visibility to the contemporary dance sector. Winners of the award will be graced with many benefits, including a cash prize of $30,000 for first prize and $10,000 for an audience choice prize.

A two-week season of the commissioned works will be held at Dancehouse, where the jury will select four works to be presented at the finals in Sydney. The judges comprise a line-up of the some of the most important voices in the artistic community, both nationally and internationally. The Melbourne season takes place July 3-13. Bookings can be made at www.trybooking.com.