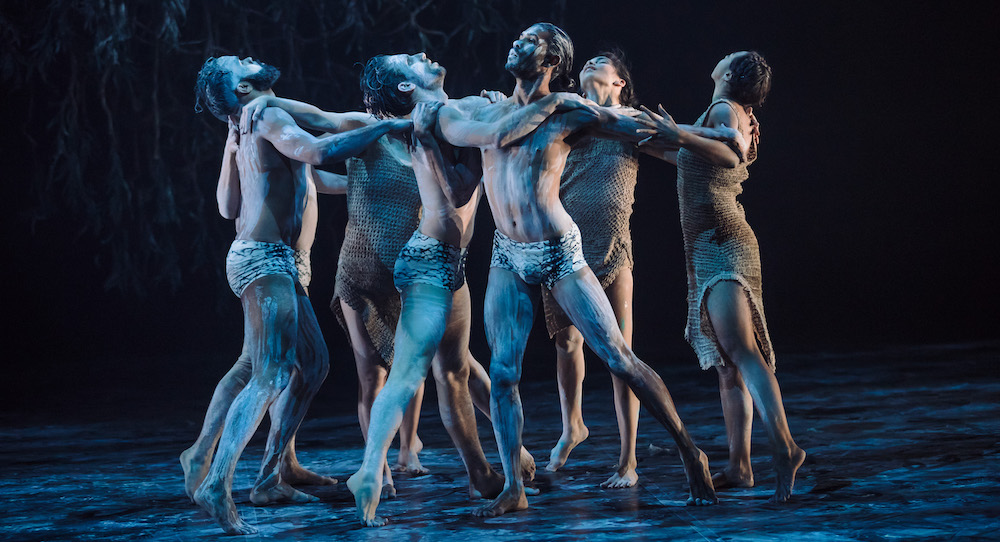 Bangarra is a Wiradjuri word which means “to make fire”.

Firestarter is a stunningly photographed film directed by Nel Minchin and Wayne Blair that documents the history of Bangarra, marking its 30th anniversary, and how the three Page brothers (Stephen, David and Russell) are and were integral to the company, which is now regarded as one of the major dance companies in Australia, and mourns the tragic deaths of two of them. Telling their story, looking at Bangarra’s beginnings, continual mission and growth over the past 30 years, Firestarter examines the burden of damage and tragedy across generations, how Aboriginal culture and language has been lost and reclaimed, power and politics and how the arts can be an instrument for social change and the mending of barriers.

Bangarra began as an adjunct of National Aboriginal Islander Skills Development Association (NAISDA) and was founded by visionary Carole Johnson and NAISDA graduates, all playing a vital role. After two years, Stephen Page was appointed artistic director, at the age of 24. Using both new and old footage, and never-before-seen home video, shot by David as a child, rare archive footage takes us through the boys’ younger years, interweaving their story with the late ‘80s-early ‘90s rise of black ‘artivism’ and the early years of Bangarra. The Pages yack about their upbringing in Queensland in the ‘70s and ‘80s, a world in which racism and suppression of Aboriginal identity was still rife, with “one law for whites and another for blacks.”

“It was tough,” says Stephen. “I was born three years before the referendum that constitutionalised Aboriginal people being respected as humans.” We also see David in his stellar solo performance, Page 8, which he performed at Belvoir.

Later, they discuss the life-changing experience of heading to Arnhem Land for the first time and learning traditional dance movements, and how they were given a chance to embrace their heritage that their father wasn’t allowed — with all of the above contributing to a story of delicately and respectfully balancing current reality with Indigenous cultural history.

Mention is made of Paul Keating’s 1992 Redfern Park speech and the 2000 Sydney Olympic Games opening ceremony. Bangarra performed at the former and, under Stephen’s direction, participated in the latter. The company has also performed at the Edinburgh Festival.

There are interviews with prominent figures — for instance, Sydney Festival’s Wesley Enoch, Sydney Dance Company’s Graeme Murphy and art curator Hetti Perkins — interwoven through the exploration of the company’s history. Some of the documentary is joyous, some of it extremely moving and emotional.

There is fabulous footage of rehearsals, backstage at various venues and performances, as well as footage of interviews with, in particular, Stephen and David, and numerous interviews of various  people who have been involved in the company as dancers and/or creatives, including Co-Founders Carole Johnson, Cheryl Stone and Monica Stevens, not forgetting Elma Kris. The marvellous filmed versions we see of works such as Ochres, Fish, Brolga and Mathinna enlighten the history, the artistry and the adversity of the history of the company. Various snippets are included from Spear, too.

After David’s passing, we see how Stephen was tormented and consumed by pain and grief, and we see how Stephen threw himself into the creation of Bennelong, one of Bangarra’s darkest works. The story of an Aboriginal man befriended by Arthur Philip, the first Governor of NSW, and who was caught between two worlds (at one point, Bennelong went to London), in some ways, Bangarra regards the work as its opera. We see his sad demise, ostracised, drunk and enclosed in a cell- or hut-like prison. It is very powerful and shattering live.

Firestarter is a fascinating record of the company’s history until now — long may Bangarra continue.