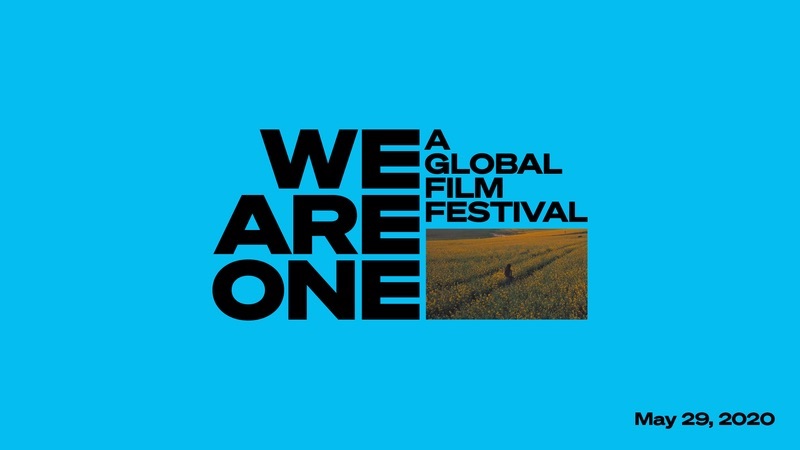 Tribeca Enterprises and YouTube have jointly announced We Are One: A Global Film Festival, an unprecedented 10-day digital film festival exclusively on YouTube, bringing together an international community of storytellers to present festival programming for free to audiences around the world.

Core to the DNA of film festivals is the belief that artists and creators have the power to bring people together and create meaningful connections during a time when the world needs it most. Through We Are One: A Global Film Festival, audiences will not only get a peek into different cultures through a new lens, but they’ll be able to support local communities by directly donating to organizations helping the relief efforts for those affected by COVID-19. The festival will benefit the World Health Organization (WHO), as well as local relief partners in each region.

“We often talk about film’s uniquely powerful role in inspiring and uniting people across borders and differences to help heal the world. All of the world needs healing right now,” said Tribeca Enterprises and Tribeca Film Festival Co-Founder and CEO Jane Rosenthal. “We Are One: A Global Film Festival unites curators, artists and storytellers to entertain and provide relief to audiences worldwide. In working with our extraordinary festival partners and YouTube we hope that everyone gets a taste of what makes each festival so unique and appreciates the art and power of film.”

Sydney Film Festival Director Nashen Moodley added, “Sydney Film Festival looks forward to presenting Australian cinema in this global arena, and to bring joy and entertainment to audiences in need of relief. Over the past 67 years, SFF has been a platform for discovery, discussion, shared experiences and the exchange of ideas through film. In this challenging and uncertain climate, film is more vital than ever – bringing people together, online, to collectively explore the world and our times. Though we can’t be together in a cinema at the moment, we are excited to bring the Festival, and other international film festival selections, to homes around the world.”

We Are One: A Global Film Festival will run from May 29 – June 7, on YouTube.com/WeAreOne. Programming will be available for free, and will include films, shorts, documentaries, music, comedy, and conversations. A full schedule will be available closer to the festival start date. For further updates, head to www.sff.org.au.