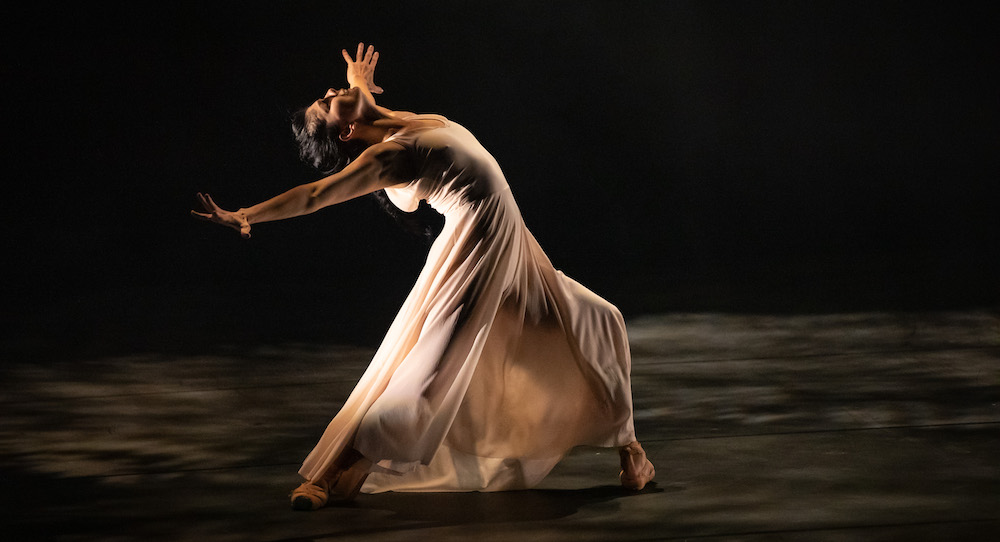 Pure Dance is ballet luminary Natalia Osipova’s latest creative project that showcases her wide ranging ability with a suite of works that range from the classical to the contemporary.

Osipova is one of ballet’s current grand étoiles, possessing superb technique and artistic nuance that has seen her grace the stages of The Bolshoi, American Ballet Theatre and currently as principal at The Royal Ballet.

Pure Dance was a showcase of six short works with a mix of classical masterpieces by Antony Tudor and Alexei Ratmansky, alongside contemporary works by Iván Pérez, Roy Assaf, Yuka Oishi and Kim Brandstrup.

The most striking aspect of this disparate work is its display of the breadth and diversity of Osipova’s technique and her mastery over different musical and dramatic registers.

From the lightness of the The Leaves are Fading, the percussive solidity of Six Years Later, to the ethereality of Ave Maria and the complex emotionality of Flutter, Osipova brings a classical dancer’s assured precision and emotional deftness.

The minimalist costumes, set design and the succinctness of the works (all six works fitted into a show only an hour long) made Pure Dance an intimate portrait of an artist exploring the creative frontiers of her craft.

The intimate portrait highlighted her singular qualities and also her humility as she let the purity of the dance shine through with no desire for a showy spectacle to highlight her already well known talent.

Hallberg’s highly anticipated partnering with Osipova (The Leaves are Fading and Valse Triste showcased his aristocratic demeanor and beautiful lines to these works. While Osipova seemed to perform with full bodied commitment, Hallberg seemed a touch reticent, as if trying to play a purely supporting role and cast no shade on Osipova (as if he could). But Hallberg’s qualities shone bright during his solo In Absentia.

Osipova’s duet with Goddard in Flutter by Pérez was the highlight of the night with Osipova demonstrating full throttled contemporary agility in a tale of love’s fluttering changing passions and fleeting quality.

The duet with Kittelberger in Six Years Later by Assaf showed a rarely seen groundedness in Osipova’s dancing, as the pair oscillated and collided with each other in a tango-esque dance of intimate domination and submission.

While Six Years Later seemed to verge on melodrama, Ave Maria by Oishi, and Valse Triste, created for Osipova and Hallberg by Ratmansky, were concentrated pieces that appeared to be over in the blink of an eye. While the audience may have wanted a slightly longer climax, the stars’ display of sustained stamina was astonishing.

The only minor quibble in the performance was the absence of a live accompaniment, especially in the classical pieces by Schubert, Sibelius, Dvorak, Bach and Beethoven. One wonders if live accompaniment would have rendered the show’s intimacy even more striking.

Overall, the pleasure was seeing such a grand étoile up close and perform works of dance purity.