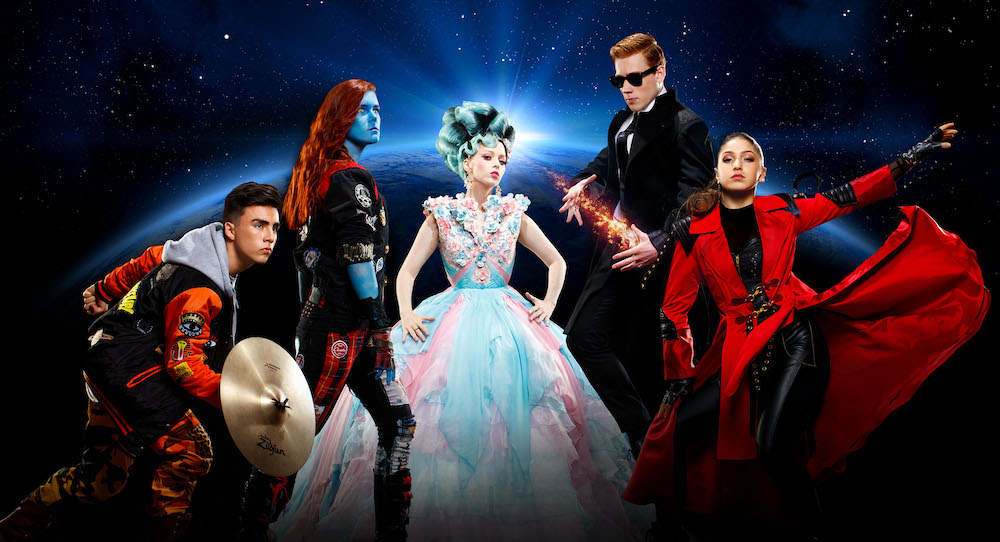 The 2019 Victorian State Schools Spectacular (VSSS) is fast approaching and as always promises to be an incredible show. This year’s production, Made of Stars, is set to deliver “a galaxy of out-of-this-world performances by daredevil BMX riders and skaters, acrobats, circus artists, musicians, haka and hip hop dancers.” Featuring approximately 3,000 students from prep to year 12, VSSS is an astonishing feat of organisation and coordination by the creative team each year. We spoke to Dance Director Deon Nuku, who has been involved with VSSS for eight years, about what it takes to get a cast of thousands ready for the biggest show of their lives.

Even before VSSS 2018 finished, the creative team were planning for 2019. “The show is pretty much back-to-back,” explains Nuku. “It’s a year-round venture. We work out which numbers we have, and which ones I would be best to choreograph, because we have guest choreographers too to share the load a little bit, and then we go from there.” After three months of planning, it’s time to get the students in. “I have at least an idea of every number I’m doing,” says Nuku, “and then we have the kids every weekend. We have the vocalists on Saturday, and our principle and ensembles on the Sunday, and whatever number we need to start with we just go down the list. The first six Sundays are basically a different song each week, and we don’t finish it, but the kids get an idea of what we’re trying to achieve with each song. It’s a slow process and it’s gradual throughout the year. Some tracks we might not even start till June or July because of the workload, but I need to know what we’re doing by March. I’ve never had to be so organised in my life.”

Perhaps the most difficult aspect is coordinating the mass groups. Getting thousands of children to learn the same choreography when they are spread across Victoria is a daunting task, but Nuku and his team take it in their stride. “We have four rehearsals with them,” he describes, “so on the first day we have them, we teach them half of five songs. That’s a really big day for them; some of them are only six or seven years old. We’ve had tears almost every year from that round, because it is a lot. But then the next time we see them we try to get as close as possible to finishing those, and then in round three we start another two or three numbers, and then we try and get it all done by round four. We have to.”

The four visits are coordinated in hubs, where local schools come together to rehearse in groups of up to three hundred students. “This year, we tried to get as many schools as we could together for the fourth round. It makes more sense for them in the arena and they get an idea of how it is supposed to look,” he explains. “You can imagine each school has a different count for a different part of the choreography, or one school goes and then another school goes, and it is really quite confusing. That’s where the team and myself have to really be on it when we go out to these schools.”

It might be challenging, but Nuku is emphatic about the rewards. “It’s the most rewarding thing I’ve done,” he shares. “I’ve seen the kids go from one extreme, being really upset and overwhelmed and saying, ‘I can’t do it; it’s too hard,’ to seeing them in the arena amongst thousands having the time of their life. When you sit back and watch that, it’s quite crazy. And it’s a different challenge when we get to the arena. It’s not the choreography; it’s everything else that goes with it. They want to look at the screens, look at the principles, look at themselves. To be in this arena with lights, and cameras, and singers, and a choir, it really blows them away. It’s challenging, but it’s also so great to see.”

Nuku’s passion for VSSS and what it can do for those that participate is evident. “The highlight for me is the progression of the kids and seeing how far they’ve developed,” he explains. “Our job is to push them out of their comfort zone. This show is a big deal! So ultimately, the highlight is watching the progression of the kids and how talented they are becoming. You watch it almost like a proud parent to all of them because you know what they’ve all gone through.”

Made of Stars will feature a spaceship, an astronaut and even some impressive magic tricks, but the real stars of the show are of course the students. “I think it’s performing arts at its peak, at its best, within that school age group,” states Nuku. “I’m not being biased right now, but I have not seen another show like it. I have friends of mine who come and watch and they don’t actually believe the kids are singing. They don’t believe it. All the kids in the orchestra are all playing live; it blows you away. These kids are still in school and they’re singing Beyoncé and Bruno Mars stuff. It’s incredible.”

Nuku tries to emphasise the enormity of the production to the participants each year, but it’s often not until it’s over that it truly sinks in. “I say to the kids, ‘Hopefully you will get to do this again, but not even Beyoncé has a choir of 1,500 people and a 40-piece orchestra behind her backing her up,’” he laughs. “What they do is incredible, but it’s not normal. They definitely get it when they leave because whenever I bump into any kid who’s ever done it, they always say to me how much they miss it. Once it’s gone, they realise what they were involved in. It’s the ultimate in performing arts at this level in Victoria. And it’s amazing.”

The Victorian State Schools Spectacular: Made of Stars will show on the 14th of September at the Melbourne Arena. For more information, visit the official website here. Tickets can be purchased here.

Dance Informa is offering a giveaway of two sets of tickets to the performance! Simply enter here for your chance to win. Two winners will be awarded two tickets each for the 1pm performance of Made of Stars. Prize does not include transport or accommodation in Melbourne. No rain checks. Tickets must be collected from the venue box office. Entries close on 6 September. Winners are announced 9 September. For more, click here.