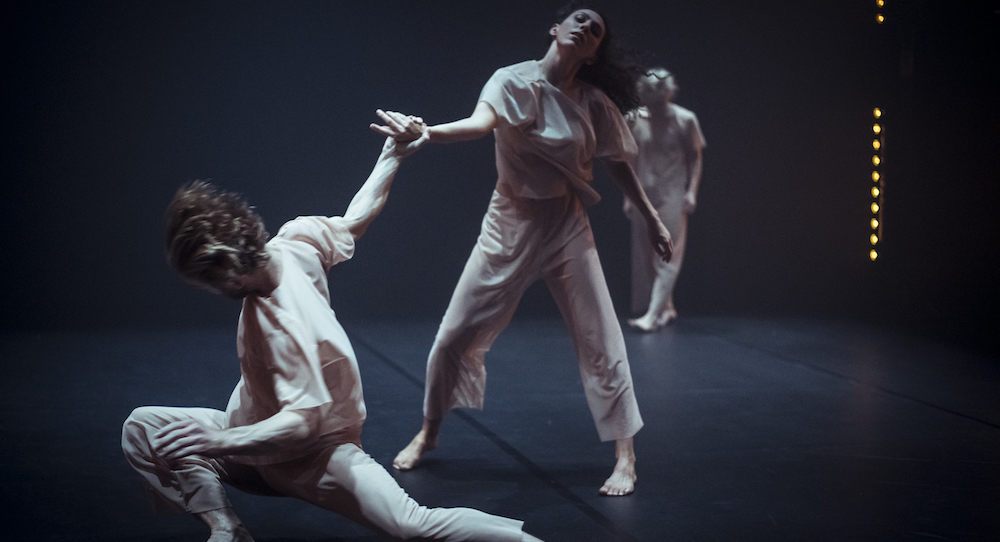 Last month, we asked, “Is ballet future proof?” This month, we dig deeper, and ponder what comes next for an artform sandwiched between centuries of formalism and tradition and the disruptive, restive churn of modernity. However, this time, we venture beyond the ballet world to find out what some of Australia’s finest dance minds regard as ballet’s next move.

Whilst some will be tempted to think in terms of a ballet/contemporary divide – and therefore to assume that the latter might regard the former as something of a fossil – we only need scratch the surface to understand that no such binary exists. Most dancers will have traces, if not huge chunks, of the ballet syllabus in their body. In the universe of Anglo-European performative dance, ballet is still the dominant underpinning lexicon, just as Latin or Ancient Greek is the root of many modern languages. Indeed, beneath aesthetic, might we simply regard ballet as a rule-based approach to movement?

As the creator of her own movement system, the former Artistic Director of Chunky Move (and the woman behind Countertechnique), Dutch-born choreographer/teacher Anouk van Dijk has come to regard ballet as bigger than its syllabus. “It’s way more than just the technique,” she declares. “I was speaking with someone recently, and he said, ‘It’s about grace and a deeply embedded sense of elegance.’ It’s about how to be gracious, how to have manners, and through manners, how to converse and, from there, how to have a civilised society. In fact, I would say that we could almost look at it as a revolutionary form.”

In a clickspeed culture that has come to regard ballet (and other theatrical forms) as dated, this is a counter-intuitive assertion. However, when we consider that ballet grew out of highly ritualised Renaissance dance forms and passed through the filters of the European Enlightenment, with its accent on Humanism, it is easier to understand.

“The other thing is the illusion, the illusion of the other-worldly — the fairies and the nymphs and the elves and the magic,” van Dijk adds. “And so the ideal is not only physical athleticism; it’s more a mentality, a connection to the other. So, I see ballet as something very spiritual.”

Yet, for all that, it’s hard not to regard ballet as being obsessed with “the form of the good,” with ideals of beauty. Sydney-born dancer/choreographer Victoria Chiu (Floored, Do You Speak Chinese?) looks at it from the perspectives of both contemporary dance and her mixed Australian/Cantonese heritage. “It’s still one of the ways you can see the body performing at its peak condition,” she argues. “It’s that crazy perfectionism that not that many people stream toward. You know, you start off with a lot of dancers, but there are only a few who really want to go on that, dare I say, narrow pathway. But really, that’s what you need to get to that level.”

In this light, ballet’s future as elite physical performance seems secure. After all, every culture on the planet adores the spectacle of the human body going to extremes, pushing limits, et cetera. “I’ve also seen the other side of that with some crazy suburban ballet teachers just creating a generation of mentally ill dancers,” Chiu wryly notes.

Indeed, those close to the dance industry will almost certainly have heard tales of ballet burn-out and, furthermore, the oft-voiced criticism that ballet’s vaunted perfectionism is elitist and anachronistic, if not cruel. Whilst the enduring popularity of fairy tale ballets augurs well, the core challenge may well lie off stage.

Award-winning Melbourne-based dancemaker Stephanie Lake (who has previously worked with Queensland Ballet) is quick to point out the elephant in the room. “The commissioning of female choreographers is a massive issue that needs to be addressed; but it’s something that isn’t really in the conversation, which is a shame because we’re missing out on a huge chunk of talent,” she explains. “I mean, ballet is heavily dominated by female dancers, right from the beginning, but when it gets to the top end of town, the direction of those companies and the choreographic voices are all male. Of course, it’s really complex why that is and it’s not a simple thing to address, but I think it just needs to be in the conversation.”

However, this issue here isn’t simply gender, it’s what many would consider an over-reliance on the classics. For all the William Forsythes of the world, the main course is routinely “tutu-based”. Lake sums it up thus: “I’d really like to see more commissioning of new works, especially from these big companies, because they are so resourced. As they should be, because they employ lots of people, stage really large-scale work and have high production values; but I’d really like to see those resources spread more evenly, more widely. I’d like to see them invest more in the future classics, and in new voices.”

As someone who regularly travels the world and, therefore, has an opportunity to work in several settings and with a range of companies, van Dijk sees another side. “If we keep having right wing governments, they will demand the arts world be entrepreneurial, to bring in a substantial income; and so the big companies like The Australian Ballet have to fill that theatre and bring in revenue,” she contends. “So, when we talk about changing the form, there might not be an audience for that.”

Discomforting though this is, artistic endeavour always exists in relationship with broader socio-cultural forces, and in an era of fiscal accountability (especially when there are few votes in arts funding), the marketing mavens and bean counters will always have loud voices. Thus, if Swan Lake sells, Swan Lake plays.

The reality here is encapsulated by Adelaide-based dance entrepreneur Jo McDonald. Her arc is telling – childhood classes, setting up her own company, morphing that company from contemporary performance based to suburban dance school. Along the way, McDonald also served as president of Ausdance SA and worked for several years in senior roles in the regional arts sector. As such, her perspective is both creative and administrative.

During her country arts days, she was heavily involved in touring works to the regions, and she recalls that companies like Leigh Warren & Dancers struggled to move tickets and Force Majeure shows had to be cancelled. “But if you tour Nutcracker, it sells.”

Nowadays, in her role as the head of Move Through Life, McDonald sees the resilience of ballet in the classes her company now offer. “Women over 50 absolutely love it,” she states. “In terms of training, there is a huge interest in ballet amongst adults globally. Out of all the dance classes we offer, it’s by far the most popular. People have this dream still. Women in their 20s or 30s, even their 60s and 70s, are saying, ‘I wish I hadn’t had to give this up.’ There just doesn’t seem to be that same level of ‘I had this dream to do’ with the other dance styles.”

The advent of things like Silver Swans (the Royal Academy of Dance’s over-50 program) would seem to underscore this point. As McDonald observes, “It’s a very meditative way of exercising. It’s quite different to something like yoga. It helps people focus, concentrate and be more mindful. I’ve had people say that their whole week is different if they’ve done a ballet class. They’re just more relaxed.”

And here we get back to the syllabus. The known quantity. The predictable and familiar. Ballet’s mainstage spectacle may appear super-elite, but its lived experience is more universal. “Everybody is a ballet body,” McDonald insists, “if you’re doing ballet.”

Although well known for her contemporary work, and for Countertechnique, van Dijk concurs. Dancers, she notes, nearly always respond well to the unchanging core of ballet’s approach. “They have this in their bodies. So, when you come in as a choreographer, you can then work inside the realm of what they feel safe in.”

In this way, a question like “is ballet future proof?” may well be redundant. One could also argue that in a world of fast-paced change, a cleaving to the familiar is, itself, a predictable response. For McDonald, this is evident. “If you think of those classics, it’s not just that they’re in the past and familiar, but they’re also, in my mind, designed for children,” she elaborates. “You know, the time I took my daughter, I loved it. The time I went by myself, I walked out at the interval because it just wasn’t exciting to me, as an adult. So, I think there’s something about that childhood dream, that magic of childhood, that draws older people to it.”

From the perspective of a currently practising contemporary choreographer, though, there remains one valid question, one key unknown. As Lake concludes, “If there were contemporary companies that had the kind of resources for marketing that ballet has, for production values and so on, would they get those audiences? I mean, we don’t know, do we, because it hasn’t been tried.”