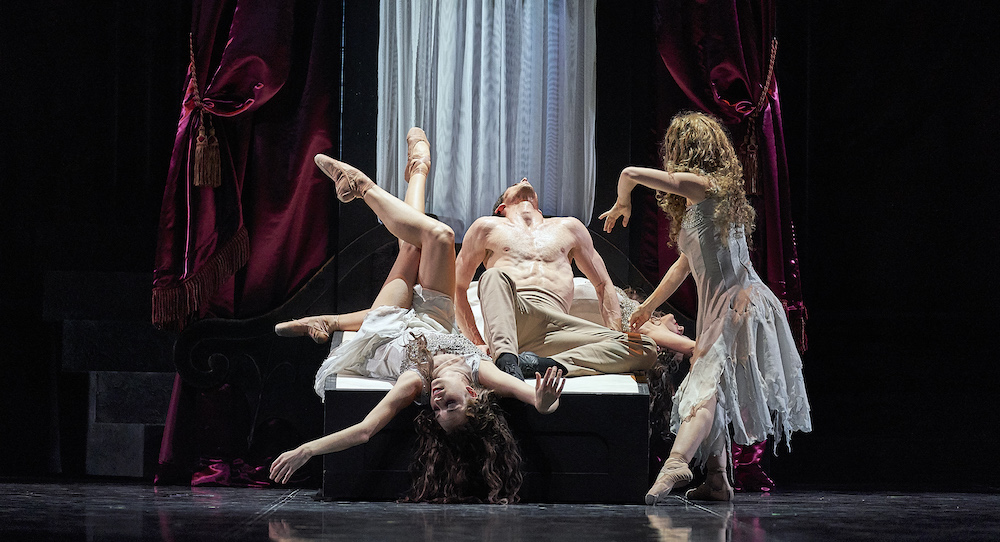 It’s not often you meet someone who personifies the broad themes of an article; but a few days after being commissioned by Dance Informa to write a think piece about ballet in 2020 and beyond, I bumped into 11-year-old Charmaine in a queue at a local bakery.

It was late Saturday morning, and young Charmaine was waiting with her mother, her little dance shoes in her hand. To me, she just looked like a dancer, and when she told me she’d just finished her class, I mentioned I was working on this piece and she quickly insisted that “ballet is the best” and suggested “it has a massive future.”

Meanwhile, Mum was letting me know that young Charmaine had been dancing since she was six and that her dream was to join The Australian Ballet. “What I can tell you is that in Charmaine’s class, there are plenty of kids who just love it,” Mum elaborated. “I guess that’s got to tell you something about ballet’s future.”

Of course, for those who know and love dance, the ballet “relevance” question is both boring and, ironically, irrelevant. It is plain that theatrical artforms, many of which are centuries (if not millennia) old, face a particular set of challenges in a screen-obsessed era of atomised entertainment. Equally banal, the fact that the world is full of ambitious Charmaines and that human beings still enjoy and are enriched by the public ceremony of performance. The ballet apocalypse, long forecast, still seems a distant spectre. Already in its seventh century (if we consider it grew out of Renaissance court dances in the 1500s), ballet has enjoyed peaks, endured troughs, survived revolutions and thrived despite the advent of film, television and internet.

It would perhaps please young Charmaine to hear David McAllister, the current artistic director of The Australian Ballet, say unequivocally, “All the great classics are great because people want to see them.”

Having said that, he is quick to make a distinction, sifting out mere repetition from meaningful currency. “A lot of what used to be considered classics haven’t survived, in a way because maybe they weren’t that great,” he observes. “It’s the distillation of the best of the best that makes the classical ballet canon so popular. They still resonate today as much as they did 200 years ago.”

Across the Nullabor in Perth, McAllister’s contemporary at the West Australian Ballet, Aurélien Scannella, augments the point. “I think that classical ballet has never been in a better place,” he says pointedly.

As the artistic director of a relatively small and geographically isolated company, Scannella also has an eye on the hard practicalities. “In Australia, we like both contemporary and ballet, but to make it happen, to have a reasonable budget, you need to have those classical ballets, because people enjoy them the most. They want to have two to three hours of happiness in the theatre seeing beautiful costumes and sets.”

Picking up the thread, McAllister adds, “When I started {1983}, contemporary dance and ballet were two very opposing camps, and now you look at a lot of the new ballet works and they really include a lot of contemporary dance vocabulary. There’s been a merging of those two styles that’s created a kind of hybrid, I think.”

Beneath such observations sits a more specific discussion about whether ballet is a technical approach, a performance aesthetic, or simply a recognised canon with a six-letter brand name. Yet, whatever we wish to include under the ballet umbrella, the over-riding reality is that every fairy princess dances today in a clickspeed world that would have seemed unimaginable in the largely aristocratic European circles from which they sprang.

“In my lifetime, the things that have changed have been the influences of the contemporary world not just contemporary dance,” McAllister adds. “Not just in the staging and performance but in choreographic influence and how ballet, as it always has in its history, has adapted to the world around it.”

However, there are quieter but perhaps more powerful shifts occurring in ballet, although they may not be abundantly apparent to audiences. The first, and more visible, is the changing demography of dancers. “There’s an acceptance now of the non Anglo-Celtic dancer as the norm,” McAllister acknowledges. “We have Asian dancers, black dancers, dancers of every ethnicity doing sugar plum fairies or princesses, and that’s not the way ballet has been in the past.” The second, and more relevant to Charmaine, is the emergence of dance medicine and the safe dance ethos in the training of young dancers.

Marie Walton-Mahon with a student in a Progressing Ballet Technique course. Photo courtesy of Walton-Mahon.

Marie Walton-Mahon is one of the world’s leading practitioners and advocates of the new approach to ballet teaching. Indeed, so successful is her technique, that the Sydney-based head of Progressing Ballet Technique travels the globe “training the trainers”. Having danced with Les Ballet National de Marseille in the ’60-’70s, before starting her own school in 1974, Walton-Mahon has helped to spearhead a deep reappraisal of dancers’ bodies and the way we develop the talent of youngsters like Charmaine.

“I believe that we’ve got to look at the body forever, from the inside out,” she argues. Science now gives us an amazing amount of insight into how the body works, how muscles work with bone and so on. I think it’s ludicrous not to use all that information and put it into our teaching; in fact, I think it’s a duty of care.”

For an artform trying to prosper in a crowded marketplace of vocational and recreational choice, the background work of folk like Walton-Mahon may well prove critical. Ballet’s reputation for unflinching perfectionism, and the “necessary cruelties” this can involve, seems increasingly anachronistic in an era where workplace safety and respect are more important than ever. Indeed, at the core of ballet’s future is its human capital. “We can nurture, or we can break these young bodies,” Walton-Mahon declares.

From his perch atop Australia’s ballet tree, McAllister also sees how the evolution of body science and dance training has made an impact. “A 21st century dancer looks very different in those [traditional] roles than a dancer back in the 19th century. The way we perform those ballets is very different, even without trying. So contemporary ballet looks quite different, and that’s because of the way we train, what we know about the body, dance medicine and so on. We’ve now worked out how we can manipulate our bodies in different ways.”

For an aspiring ballerina like Charmaine, the chances are, if she stays dancing, she will train in a way that is both less harmful and more dynamic. As Walton-Mahon notes, “Dancers are artistic athletes, and every muscle that’s near the bone protects the bone; so there’s a lot of productive fine tuning of these muscles that can be done; and that then helps with the creation of the dance, of the imagery.”

The Australian Ballet in ‘Giselle’. Photo by Daniel Boud.

In the interim, ballet companies around the world are looking to balance the form’s glorious past with its emerging future. “Some of the great classical ballets have been successful for many years, a hundred or more,” explains Scannella. “So, what we need to do is to keep them alive but in a different way.”

And here is where the likes of choreographers like Alexei Ratmansky, Christopher Wheeldon and Wayne McGregor come in. These are the makers and re-shapers of contemporary ballet, the creative human spark that keeps driving the form forward. Indeed, as McAllister contends, “It’s always been innovation and creativity that have kept ballet alive. So yeah, there is this excitement about it, but not just because of the classics but also the new works that are being staged. To me, ballet’s future will always go hand in hand with its risk taking.”

As for the 11-year-old dance hopeful in the bakery queue, her ballet future is clear. “I want to dance in Paris, and I’m going to play Aurora.”