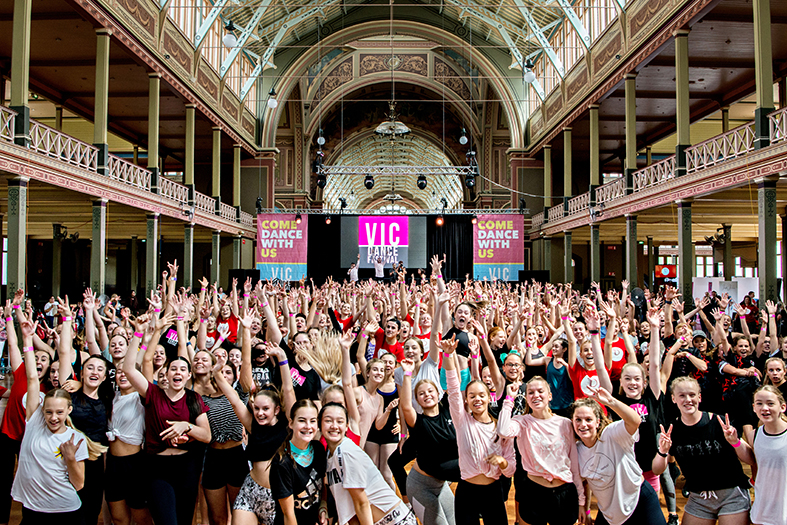 Just a couple months in, 2019 has already proven to be a busy and creative year for Australia’s legion of dancers, dance lovers and creatives. And there’s more in store for the year ahead. In the mix includes the reliable staging of the classics, an international tour of the world famous Bolshoi Ballet, the 50th anniversary of the grand dame of Australian contemporary dance and some emerging regional companies that push the quirky and creative envelope.

Artists from across Australia invite you to pause, be curious, pay attention and step out of your comfort zone. This sixth edition of contemporary dance festival Dance Massive brings together urgent, thought-provoking work made in direct response to our times. The 2019 program includes questions of identity, equality, environmental collapse, rapid technological growth, a longing for home and so much more. There is a lot of buzz around Stephanie Lake’s Skeleton Tree, Chunky Move’s Common Ground and Melanie Lane’s NIGHTDANCE.

Dance-theatre visionary Meryl Tankard has created Zizanie for Adelaide’s own Restless Dance Theatre, which celebrates the beauty in difference and reminds us of Grayson Perry’s inimitable words that “weeds are just flowers in the wrong garden”. In the Festival Theatre, the finest of contemporary dance will go on show for the last three festive nights, including the appropriately-named Grand Finale, the exclusive Australian premiere season of Israeli-born Hofesh Shechter’s paean to the end of days, an ecstatic, hypnotic work which has taken the world by storm.

The Grand Dame of Sydney’s contemporary dance will be celebrating her 50th anniversary, surprisingly young in dance years. In a season premiering in Sydney, audiences will see three thrilling works share the same stage for the first time. Rafael Bonachela’s world premiere of Cinco will share the stage with Gabrielle Nankivell’s Neon Aether and Melanie Lane’s 2017 New Breed smash-hit WOOF.

Based on Pierre Choderlos de Laclos’ time-honoured novel, Queensland Ballet’s Artistic Associate and world-renowned choreographer Liam Scarlett breathes new life into this sultry tale in a world premiere production. Set amongst the aristocratic elite of late 18th century France, this evocative and vivid work will scintillate audiences. It is a classic tale of seduction and betrayal. With a story that has captivated audiences around the world for over 200 years, Dangerous Liaisons is a hedonistic tale of love, virtue and humanity, reimagined in a dramatic new ballet for mature audiences.

In 2019 VDF is bigger and bolder and at a new venue, Batman Royale in Coburg. The event starts with Vitality Dance Teacher Day at Melbourne Zoo Leopard Lodge with a full day of dance education and business seminars and dance classes exclusively with Travis Wall and Matt Lee. Then the weekend workshops begin at Batman Royale with instructors like Blake John Wood, Paul Malek, Yvette Lee, Kate Wormald, Mitchell Woodcock, and of course Matt Lee and Travis Wall. With a huge Showcase evening and a weekend dance market, VDF is sure to be the event of the 2019 dance calendar. www.VDF.com.au

Australian Circus company C!RCA has been quietly gaining rave reviews, taking its mix of circus and contemporary dance throughout the European festival circuit. English Baroque is the third daring collaboration between the Australian Brandenburg Orchestra and C!RCA. An inspired pasticcio by Paul Dyer and Yaron Lifschitz with music from 16th and 17th century England, this program will have you gripping your seat and gasping in awe. The perfect combination of Circa acrobats and Brandenburg musicians, with the beautiful voice of Jane Sheldon, will have you spellbound from the first note to the last.

Masters Series is a breathtaking triple bill featuring masterpieces from ballet’s masters – George Balanchine’s iconic Serenade, along with Jiří Kylián’s Soldier’s Mass, which explores the horrors of war through the eyes of young soldiers. Acclaimed choreographer Trey McIntyre investigates the depths of human nature and the qualities that bridge the gaps between us in a world premiere work.

Widely considered as the premier ballet company in the world, the Bolshoi Ballet is truly one of the great names in performing arts and returns to Brisbane for the first time since its sell-out season in 2013. As part of QPAC’s ever reliable International series and only in Queensland, Australian audiences will enjoy the company’s stars perform the grandiose epic Spartacus and the sumptuously beautiful Jewels.

For the first time, the renowned Les Ballets de Monte-Carlo brings its full troupe to Australia, showcasing its superb dancers in Jean-Christophe Maillot’s modern take on Swan Lake. A blend of neo-classical ballet and modern dance, LAC signals its departure from tradition plunging into the depths of the psyche with costumes by Winter Olympics designer Philippe Guillotel, who deconstructs tulle, the basis of the tutu, to resemble the pelt of a forest creature. “On the one hand,” says Guillotel, “we have the court, elegance and decorum, and on the other hand, animal desire, inscrutability and violence.” This is a Swan Lake that upends our expectations and takes us into new and revelatory territory. Don’t miss this unique chance to see an adventurous company turn tradition upside-down.

Co3’s Reason for Being: The Finale (Art Gallery of Western Australia, 30 October – 3 November)

Western Australia’s Co3 partners with the prestigious Art Gallery of Western Australia for the world premiere of Raewyn Hill’s innovative cross-arts work, Reason for Being: The Finale. Thematically inspired by the Gallery surrounds, experience a creative response to the State Art Collection and AGWA architecture, re-interpreted through contemporary dance and collaborative performance. Alongside Hill’s signature movement language, architecture firm Hassell bring the space to life with composer Eden Mulholland and a range of artistic collaborators, engaging the audience with the Art Gallery of WA like never before.

Queensland Ballet joins forces with leading creative talents, including Lucy Guerin, Amy Hollingsworth and Loughlan Prior to produce a series of new contemporary works that re-imagine dance. Bespoke creates a multi-sensory experience, bringing together a collaborative space for artists who share a vision to co-create, to disrupt the norm and to embrace the interlacing of technology and dance.

By Michael Jarque for Dance Informa.