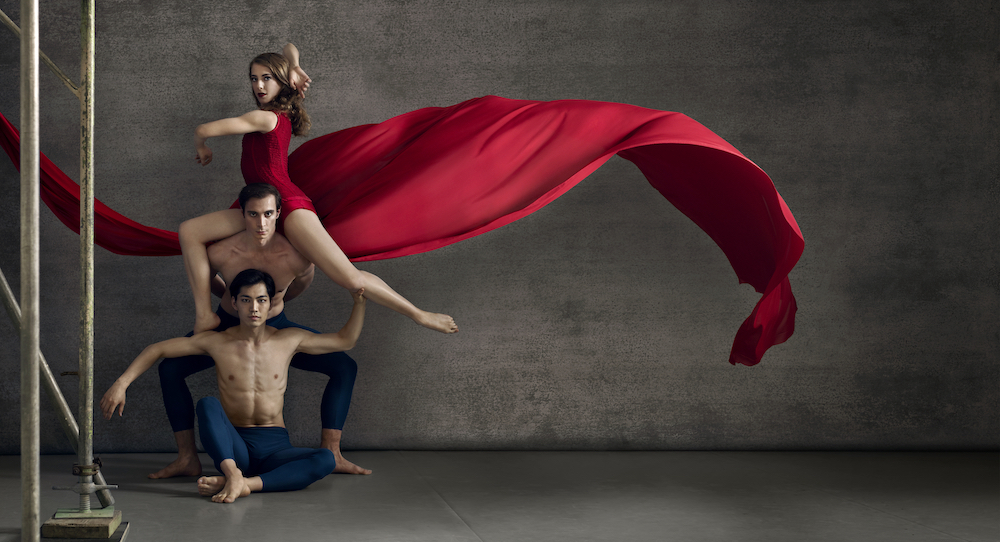 The New Zealand Dance Company (NZDC) has announced its first national tour of Kiss the Sky. Artistic Director Shona McCullagh showcases an Asian-Pacific constellation of original dance, music and design, reflecting on the themes of nature and time. From 2 April – 14 May, NZDC will take this work on tour to three major festivals, delivering eight performances to seven centres in total. The company will present the Kiss the Sky double bill in April to UPSURGE Festival, Festival of Colour and Southland Festival of the Arts, followed by a triple bill in May to Wellington, New Plymouth, Nelson and Hamilton. For more information and to book, visit www.nzdc.org.nz/node/kiss-the-sky.

NZDC continues to offer its intermediate/advanced Contemporary Classes on Wednesdays, 6:30-8:00pm at Wellesley Studios in Auckland, through 10 April. Classes are led by former company dancer Hannah Tasker-Poland and designed to challenge and push your technique in new ways while perfecting the foundation. Classes are $15 for students and $20 for waged. If you’re looking for something more advanced, NZDC Company Classes are aimed for professionals and take place throughout the year when NZDC is in residence at Wellesley Studios. Classes run from 9-10:30am at Wellesley Studios in Auckland. Classes are $12 for students and $15 for waged. Visit www.nzdc.org.nz/node/company-classes for regular class updates and more information on all of NZDC’s class offerings.

The Royal New Zealand Ballet (RNZB) premiered its New Choreographic Series on 1 March, featuring works from choreographers Sarah Foster-Sproull, Moss Patterson, James O’Hara and Shaun James Kelly. RNZB Artistic Director Patricia Barker is committed to presenting new work and has thus established this annual programme. “Providing a platform for choreographers and new work is essential to the future of any organization,” she says. “Having works created on the talents of the Royal New Zealand Ballet which draw on our place in the world and reflect unique diversity is a must.” The RNZB New Choreographic Series premiered at Wellington’s Opera House on 1 March, and will be at the Isaac Theatre Royal in Christchurch on 8 March. For more information, visit rnzb.org.nz/shows/rnzb-choreographic-series.

After more than 13 years at RNZB, Principal Dancer Abigail Boyle will retire from the company this month. Her last performances with the RNZB will be in Artemis Rising, a new work specially created for her by Sarah Foster-Sproull, which is part of the New Choreographic Series through 9 March. Boyle has been known for her performances in both classical and contemporary roles, and as being an exceptional dramatic artist. “I would like to take this opportunity to thank all the audience members who appreciated my work and supported me throughout my career,” she says. “It is now my turn to give back to the arts industry in New Zealand.” Boyle is currently completing the Royal Academy of Dance Professional Dancers Postgraduate Training Certificate, as preparation for the next stage of her career in dance. Following her retirement, she will join RNZB Education, teaching open classes for pre-vocational dance students around New Zealand during the RNZB’s Black Swan, White Swan tour (this May – June).

Nominations are open to this year’s Te Putanga Toi Arts Access Awards, presented annually by Arts Access Aotearoa, and close on 8 April. Te Putanga Toi Arts Access Awards celebrate the contribution of individuals, groups and organisations in providing access to the arts. They also acknowledge the achievements and contribution of a New Zealand-based artist with a physical, sensory or intellectual impairment, or lived experience of mental ill-health. “Making nominations is a great way people can get involved in celebrating New Zealand’s leaders of access to the arts – often the unsung heroes of society who make a real difference,” says Richard Benge, executive director of Arts Access Aotearoa. For more information and to download a nomination form, head to artsaccess.org.nz/Nominations-to-Te-Putanga-Toi-Arts-Access-Awards-2019.