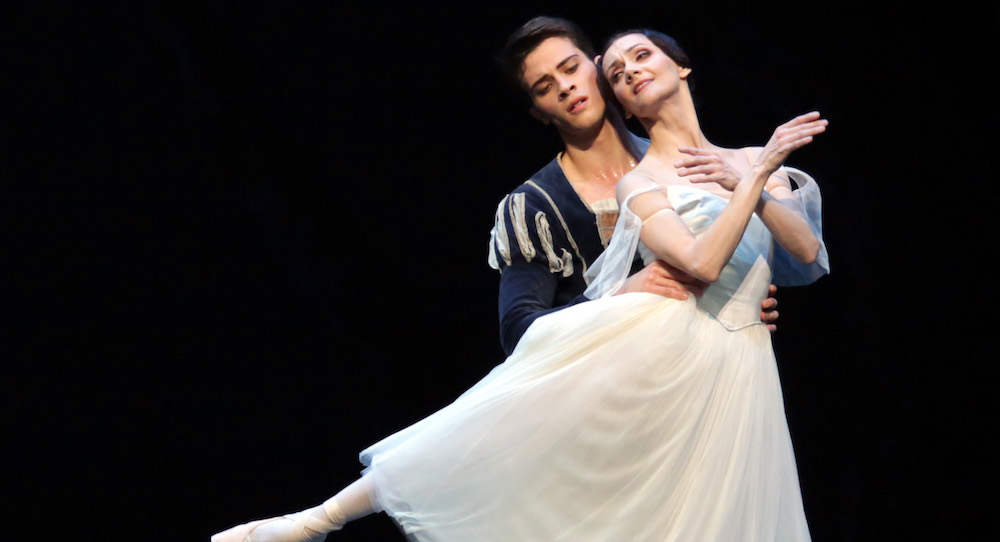 Giselle is a classical ballet that every aspiring ballet dancer wants to dance and any serious ballet company with aspirations of making their mark on the world stage wants to perform. But being so well known and frequently performed means the distinction between good/adequate performances and exceptional ones can go unnoticed.

It was QPAC’s fortune to capture one of the world’s elite ballet companies – Teatro alla Scala – to show how the classics should be done. This is the latest coup by the Queensland State Government following its success in bringing the Paris Opera Ballet and the American Ballet Theatre to QPAC as part of its international series initiative.

Having opened the season with La Scala’s bright and breezy version of Nureyev’s Don Quixote to rave reviews, there was much anticipation as to how they would perform the more Apollonian and  technically demanding Giselle.

Giselle was originally choreographed by Jean Coralli and Jules Perrot and is a highly demanding ballet due to the contrasting moods of the romantic folklore of Act I and the more spiritual and sublime Act II.

The opening scene, with captivating sets and costumes designed by Alexandre Benois, transports us to a tiny Rhineland village, with stone houses and winding paths where the predominant pastime seems to be dancing. While many may have expected the sumptuous sets and costumes, the primary quality of the sets and costumes was their aptness in allowing the dancing to drive the performance. 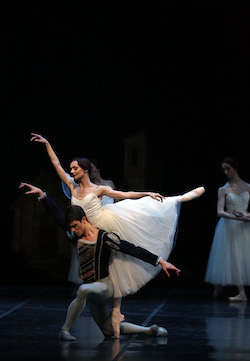 La Scala’s trademark Giselle is a mix of seamless dramatic storytelling and the impeccable musicality of its dancers, from the principals to the corps. So infused was the dancing with the music that it seemed like the instruments of the Queensland Symphony Orchestra were performing on stage.

Maria Eichwald’s opening night performance as Giselle was transfixing in its combination of romantic sensibility and technical precision. Her command of the various emotional registers, from pure heartedness to confusion and madness to spirited resolve, were all underpinned by an assured musicality.

She was masterfully supported by Claudio Coviello in his version of a two-faced but sympathetic Albrecht. His dancing combined both the flashy footwork of a confident noble as well as the breathless yearning of a distraught lover.

Marco Agostina as Hilarion danced with a rueful characterisation that made the ballet a subtle menage à trois rather than a simple competition between two men in love with Giselle.

Act II transports us away from reality and colourful folk dancing to a spooky forest between midnight and just before sunrise. We are now in the domain of the Wilis – a combination of wood nymph, siren and pro-feminist vengeance taker who are the spirits of young women, betrayed by their husbands to be. This requires the female lead to have not only the technical and emotional range but also the capacity to convey two different styles of dancing, existing side by side – the real and the unreal, the earthly and the ethereal. The general illusion is further heightened by the music of Adolphe Adams.

In Act II, La Scala’s elite technique comes to the fore with 24 Wilis draped in virginal tulle never-to-be-worn wedding dresses, dancers alternating between featherlight wisps of white and razor sharp battlelines with precision pointework and effortless lifts. The Wilis, with their combination of beauty and scorn, are a sight to behold. The synchronisation of the corps is both a challenge and a supporting platform for Eichwald’s characterisation of a transformed Giselle.

It is blatantly clear that La Scala is one of the world’s best or the leading ballet company – technically impeccable with not a falter throughout. The male lead, Claudio Coviello, a master of both technical precision and characterisation, conveys a lover’s torment when venturing into the dangerous domain of the Willis after midnight, looking for Giselle’s grave.

As in the #Metoo movement where modern emasculated men are no match for these feminist hardliners, Albrecht and Hilarion dance bravely but ineffectively against the cold determination of third wave feminist theory with Giselle saving Albrect by dancing with him to dawn when the Wilis must float into the forest.

La Scala’s rendition of Giselle captures Yvette Chauviré’s philosophy: “When I danced, I was obsessed with making my feet immaterial. They were always too human; they needed to look like a breath of air. As a performer, you are challenged by the mystery and extreme difficulty of being human and pure spirit at the same time.”

In an age when dance can be sublimated to bold athleticism and technological wizardry, La Scala is a timely reminder of the classical virtues of disciplined technique, dramatic storytelling and effortless musicality that underpins its pedigree.

La Scala’s Ballet Company Director, Frédéric Olivieri, is to be commended for transmitting the sensibility of the romantic age not just to his dancers but also to the audience; so that we are swept up with the intrigue, sensing both the beauty and the betrayal that is Giselle.