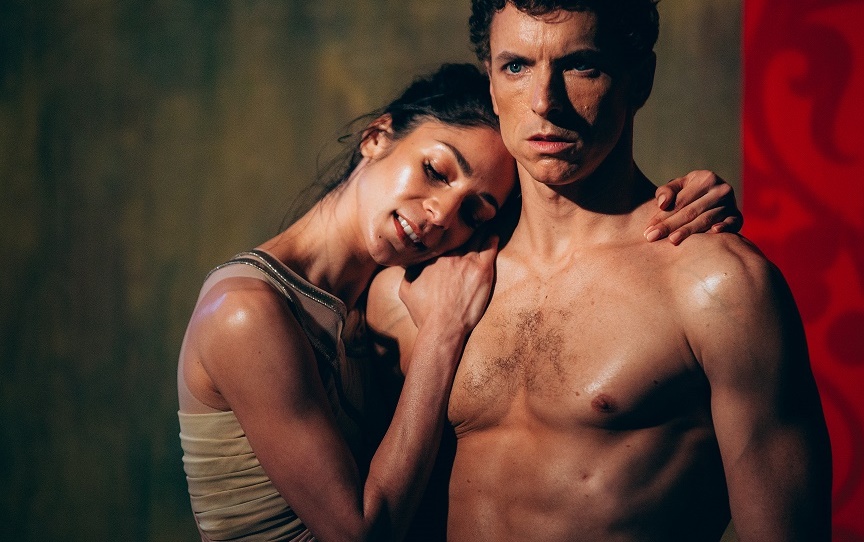 Staging Spartacus is a challenge for any ballet company, as it demands artistic savvy to fully convey its themes of political oppression and class rebellion in contexts of political complacency and material affluence. It also demands sustained commanding performances from its male dancers when most ballets require primarily steadfast supporting roles.

To bring a new production of Spartacus to The Australian Ballet repertoire has been the dream of Lucas Jervies since he first saw and performed with The Australian Ballet’s 2002 production as a soldier. “I wouldn’t really call it dancing; I was really just walking around,” he said. But being part of this production, with Robert Curran and Olivia Bell in the lead role, had a significant impact on the young dancer-turned-choreographer.

For Spartacus 2018, Jervies wanted to update Spartacus in a way that would engage with the political realities and sensibilities of today’s audience. His vision of Spartacus was not the brawny testosterone warrior of Hollywood’s superheros but the vulnerable and sensitive warrior who was trapped in the circumstances of Rome’s warring empire.

Spartacus opened in Sydney’s Opera House to a packed Joan Sutherland Theatre on Friday 9 November. With a spectacular opening set of post-modern minimalism, the scene was certainly set for a new and very different Spartacus.

Unexpectedly, Kevin Jackson was unable to perform as programmed, with Jarryd Madden stepping into the role at the last moment. While Madden’s physical attributes departed from the typical muscular styling, his emotional range and agility were highlights as the performance progressed.

The final pas de deux between Robyn Hendricks and Madden was exquisite, with the highly demanding Bolshoi lift made to look effortless. There were a couple of moments in the group dances when Hendricks seemed not to be her usual technically solid self; however, her solos and pas de deux when she could take advantage of the full stage were breathtaking.

While the heroes struggled with the confining straight jacket of sensitivity and vulnerability, the “baddies” (in this case, Cassus [Adam Bull] and Tertulla [Lana Jones]) embraced their roles with unencumbered relish. Bull danced Crassus with an angular haughtiness that captured the inscrutable nature of many totalitarian leaders. Jones’ Tertulla was both brittle trophy wife and seductive femme fatale with her solo in Act II, displaying a bedazzling Salome-like worldliness. Their dancing seemed to prove what many performers instinctively know – playing the “bad guys” is always more fun.

The ensemble female dancers were enchanting with a lyricism that was particularly evident in the Roman bath scene. Providing light relief with camp moves and an overtly lyrical style, this was a beautiful nod to Graeme Murphy’s Some Rooms.

The highlight of Spartacus 2018 was the individual and ensemble fight scenes. Leaning toward a more contemporary style, Jervies’ new choreography fills the music differently, and his fight scenes have returned to the original Roman style of few weapons and more body grappling.

International Fight Director Nigel Poulton was engaged to train the male contingent to throw punches and wrestle with their opponents, resulting in a contemporary/haka/boxing mix, which is impressive and realistic, something akin to a guerrilla ballet. The use of traditional war dances such as the haka was inspired in conveying the vulnerability and savagery of the rebels; however, there was a slight disconnect between the contemporary styling and the Khachaturian classical score.

Jerome Kaplan’s set design removed Spartacus from its traditional historical context of ancient Rome and transported him into the world of modern totalitarian regimes. Using monochromatic and grey palettes combined with monumental and brutalist fixtures, he wanted to create the impression of the totalitarian State dwarfing and overpowering the people.

The use of singular splashes of primary colours such as the red flags in the victory march, the blue scarf in the Spartacus vs Hermes fight scene and the blood stained slaves on plinths enlivened these spaces with human detail and colour. The contrasting use of blood red and earth tones conveyed Jervies’ vision of Spartacus as being the conflict between beauty and terror.

While some fans may miss the absence of leather strapping and body armour in this version of Spartacus, Kaplan’s costume design with retro 1950s swimwear could be seen as slightly self-conscious hipster or op shop styling. But then this would be in keeping with Jervies’ theme of Spartacus as a reluctant new age warrior.

And underpinning the whole experience is the emotionally charged score, created in 1955 by Russian composer Aram Khachaturian, specifically in response to the choreography created at that time — music that echoed both the slaves dragging their chains and feet, as well as the soaring pathos and beauty of love lost. Music Director and Chief Conductor Nicolette Fraillon AM led the Opera Australia Orchestra with the required combination of nuance and power.

Spartacus 2018 is a bold reimagining of ballet’s political and artistic relevance in the 21st century. Jervies’ vision of Spartacus as both a symptom of, and response to, totalitarian regimes casts it as a tragedy with the inevitable destruction of an individual against the might of the system. While noble, this version of Spartacus seems hamstrung by an artistic sensitivity and a postmodern “cool” that stops the audience being carried away by the underlying drama.