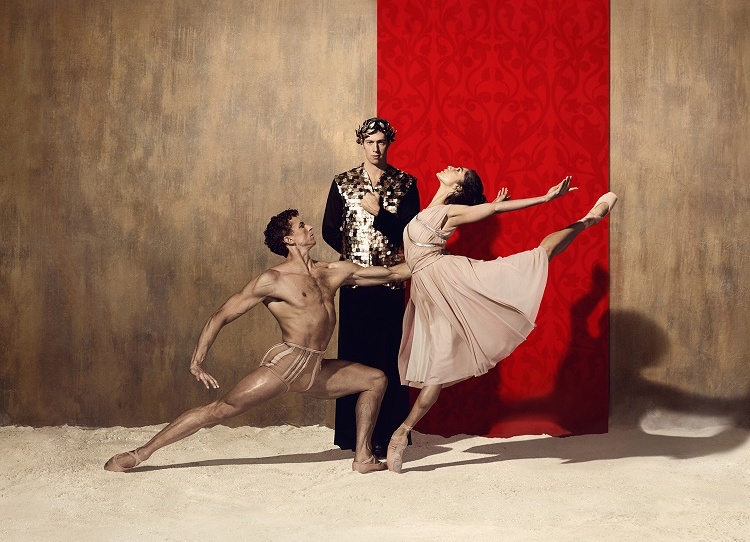 Spartacus tells the story of a gladiator who leads a slave rebellion against the Roman Empire, not in the quest for power but in the name of love. This story was popularised by Howard Fast’s novel of the same name in 1951, with the iconic Hollywood sword and sandal production directed by Stanley Kubrick that starred Kirk Douglas and Laurence Olivier in 1960.

The first version of Spartacus the ballet to be seen on the Australian stage premiered in 1978, with The Australian Ballet using the choreography of Russian László Seregi. The production toured New York; Washington, D.C.; and Costa Mesa. The premiere dancers at that time were Gary Norman and Marilyn Rowe.

This timeless story of rebels with a cause, fighting against dictatorial oppression, has been recast and reimagined by Lucas Jervies, dancer-turned-choreographer, with a quest of his own – to bring one of The Australian Ballet’s most popular works into the 21st century

When did this idea of a new Spartacus start keeping Jervies awake at night?

He laughs. “It has kept me awake for the last three months! But yeah, the idea of a new Spartacus started when I was part of the 2002 Aussie Ballet production 18 years ago (as a soldier), and since then, I’ve been fascinated by Spartacus and the idea of a new version.”

That doesn’t mean Jervies has been obsessed with the idea since then, but every so often he would be reminded of his dream to create a new Spartacus, until the right moment came about three years ago.

“At the time, I had been assisting David (McAllister) with his new Sleeping Beauty, and I kind of hijacked one of our meetings by asking if could we talk about me and my career!” Jervies admits.

McAllister asked Jervies what he really wanted to do, and when Jervies said he wanted to create a new Spartacus, the Artistic Director was initially lost for words.

No wonder, when we consider the enormity of such a project. With a cast of 75 dancers, having to condense the original four-hour long score by Russian composer Aram Khachaturian to two-and-a-half hours, and creating a new aesthetic with sets and costumes as well as creating new choreography from scratch, Spartacus is a huge undertaking.

“I’ve always been ambitious, and I wanted to do a big production,” Jervies explains. “I always learn from mistakes, seeing each of my works as a thesis on the next. And now that we have completed the project, maybe I shouldn’t say this, but now that it’s done, I can see things that could be further developed over time.”

Actually, McAllister confided later to Jervies that producing a new Spartacus had been one of his own long held dreams, and now in 2018, the dream has become reality.

There have only been six versions of Spartacus, including the original Leonid Yakobson version for the Kirov Theatre in 1956, and the famous version by Yuri Grigoriev in 1968, for the Bolshoi Ballet.

The pressing question for Jervies is why do we need a new Spartacus?

He mentions the need to update Spartacus to cohere with the values and realities of the 21st century. “We’re a bit smarter now,” he explains. “We are aware of certain discriminatory ideas. For example, in the original Australian production, one of the cast was painted black to depict a black slave. Dance is of the time, and we understand how offensive some of those things can be to contemporary audiences. While the underlying drama is timeless, we needed a new aesthetic.”

The elements that drive the new interpretation are political realities that have emerged through history, including our present time with emergent authoritarian and Populist regimes.

Spartacus deals with oppression and totalitarianism, which led Jervies to research various authoritarian regimes and the rhetoric that emerges within them. Many of these regimes create an interplay of beauty and terror; hence, for Jervies, he wanted each scene to have both beauty and terror. “That’s where the challenge lies,” he says. “When audiences go to the ballet, the expectation is to see beauty.”

However, Jervies, the contemporary artist, also wants to put on stage a world that dwarfs the population. “Consider archetypal dictators who erect huge statues of themselves,” he adds. “So we came up with one bold gesture: a series of walls. Trump is talking in our own time of erecting a wall between the US and Mexico.” These behaviours are current, and so is the political message inherent in this ballet.

Part of the creative process for Jervies always involves acknowledging past influences. “As dancers and choreographers, we stand proudly on the shoulders of other choreographers. So I always like to give a nod to at least two influences on the work created.”

In Spartacus, look out for a nod to the Bolshoi for one of the lifts, and another nod to Graeme Murphy, with no clues given.

Another crucial aesthetic has been to make the fight scenes as dynamic and realistic as possible, hence the need to engage Fight Director Nigel Poulton, who has worked on The Sopranos, Boardwalk Empire and The Bourne Legacy. And as you can imagine, balancing the twin elements of beauty and terror present their own challenges.

“There are always traffic issues on stage,” Jervies says, going on to recount one fight scene rehearsal where a punch landed fair and square on the opponent’s face. “That’s why we need rehearsals, and with such a large company, trying to organise the dancers for a rehearsal is a challenge. Time constraints are one of the major challenges.”

In an age of big budget action films and real combat sport gladiators, Jervies wanted to counterbalance a narrow vision of Spartacus as an Alpha Warrior. He is not depicting Spartacus as a kind of historical action drama but instead a political love story/tragedy.

In terms of Spartacus, the character, Jervies explains that he had no intention of celebrating toxic masculinity. “Because Spartacus isn’t a brute. Everything he does, he does for love. He is a leader, carer, lover, and he just happens to be a great warrior due to his natural strength. At his core, he’s tender; we might call him a sensitive new age guy,” Jervies adds with a chuckle.

The Australian Ballet’s Spartacus plays at the Sydney Opera House November 9-24. For tickets, head to australianballet.com.au/the-ballets/spartacus.