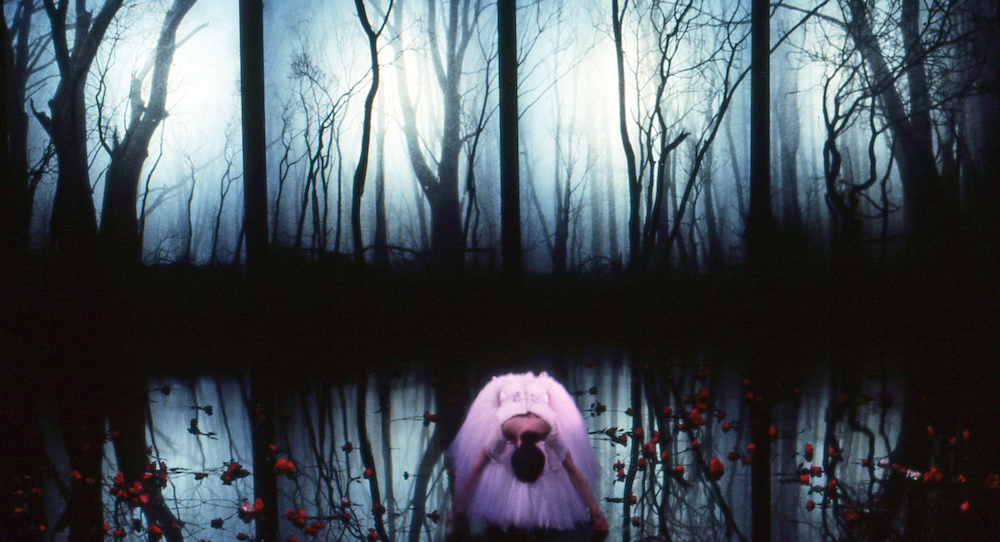 Ballet loves its beautiful lines and its graceful symmetries. It also loves a skinny ballerina; and for every dying swan, there is a bevy of long suffering, weight-watching dancers. Thus, when the globetrotting Australian Ballet alumna and famed choreographer Meryl Tankard returns to the city she once called home to remount her now iconic solo paean to the tormented ballerina, the through lines and symmetries will assume an almost storybook elegance.

Cue Two Feet — a story of three women, two Giselles, two Russian superstars and, strangely, one hotel. As one of the big dance attractions at the upcoming Adelaide Festival of Arts, it also brings its creator back to the city where she once famously led and was sacked by the Australian Dance Theatre amid considerable kafuffle. However, this is actually the least interesting aspect of Two Feet’s 2019 reinvention.

The germ of the story, as with so much in ballet, is Russian. In particular, the woman regarded by many as the finest ballerina of the 20th century: Olga Alexandrovna Spessivtseva. Famed in her prime for her Giselle, she is perhaps better known now for her legendary perfectionism and the mental illness it triggered. Indeed, it was while touring Australia in the 1930s that she suffered a very public breakdown and was sent to the hills to recover.

For those in ballet, Spessivtseva’s story of doomed artistry is emblematic, and back in her school days, a young Meryl Tankard was duly inspired. Speaking to Dance Informa from Antwerp (where she is working with the Royal Ballet of Flanders), she remembers, “I read a book when I was about 17 called The Sleeping Ballerina by Anton Dolin, and there were actually photographs of Spessivtseva in Australia. She was here for performances in Sydney, Brisbane and Melbourne. So, one day, she was found; a driver just found her wandering along a dirt road and, it is said, he recognised her from a performance the night before. She had to cancel Sydney, and they put her in the Hydro Majestic in the Blue Mountains to recover.”

And here, the connections begin to emerge, as Tankard explains, “What was odd was that when I was first creating Two Feet, I took my mother there for Christmas, and it was so kitschy and funny that there’s a scene in the piece inspired by that experience.”

When she premiered the piece at the World Expo in 1988, it was both an ode to Spessivtseva and a reflection on the peculiar rigours of the artform. “I never thought she was really mad,” Tankard reveals. “She was just obsessed with her dance and became paranoid about other people. They said she used to go the barre and do her exercises over and over and over.”

At the elite level, dance is notoriously unforgiving, and Two Feet also reflects upon Tankard’s own life as an aspiring ballerina. “I remember girls in the ballet school getting up at night and raid eating the fridge, like just eating a whole jar of peanut butter, or doing exercises at three in the morning just to lose the weight. So, you know, there was quite a lot of madness around.” No surprise, then, that this vexed relationship with food features in the production. “There’s a whole Christmas dinner scene where, you know, this girl would make us a huge dinner with all the trimmings, and she would just sit there and watch us.”

If Spessivtseva and Tankard represent previous generations of the ballerina meme, Adelaide Festival audiences will have the pleasure of seeing Two Feet performed by the woman currently considered the world’s best, former Bolshoi star and now Royal Ballet principal Natalia Osipova. Like Spessivtseva, she is also revered for her Giselle, and like Tankard, she is no stranger to the body perfectionism of ballet. “Natalia told me that they used to weigh her every week,” Tankard says, “so every extra kilo adds up to a lot of pressure.”

For Tankard, the choice of Osipova to take over the role she herself danced 30 years ago was an easy one. “I had seen all these clips of Natalia on YouTube, and I was like, ‘Oh my god, she’s like a modern day Olga.’ She’s this spirit; and she has this incredible fragility and vulnerability on stage, but she’s also incredibly powerful and strong. And she can jump, so she really does look like a flying spirit.”

Natalia Osipova as Giselle in ‘Giselle’. Photo by Bill Cooper.

To give the work renewed vigour and relevance, Tankard and Osipova will rework some of the autobiographical elements. “I’m going to try and find Natalia’s stories and combine them with my own, so it’ll be something of her experience, too. Like, she used to tie her leg to her bedpost right up above her head when she slept just to get the stretch happening.”

When Tankard jokingly refers to “the torture barre”, she is pointing at the heart of the work. For Spessivtseva, the price of all that seemingly effortless grace was to spend the last 23 years of her life in an asylum. And so it is that whilst our two feet remain forever grounded, our obsessions and (if we’re so blessed), our genius will always urge us toward flight, knowing full well that to crash is the fate of the airborne.

Meryl Tankard’s Two Feet will be presented at the Adelaide Festival 1 – 5 March 2019. For more information and to book tickets, visit www.adelaidefestival.com.au/events/two-feet.