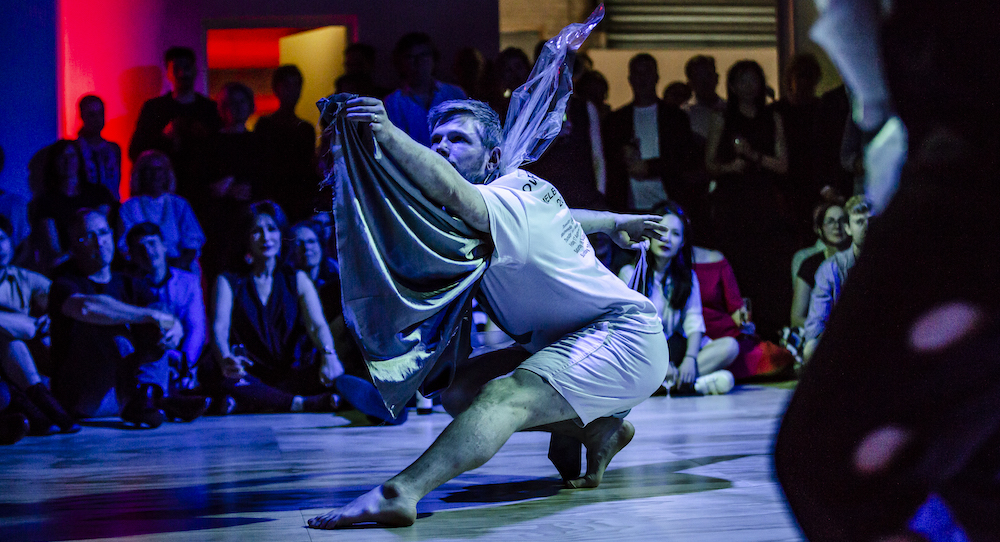 “My vision is for it to become a real meeting place,” says Lucy Guerin, the company’s founder and artistic director. “To be a place where work is made, but also a place where we can have a real dialogue with the community that is about more than just showing each other work. I hope it becomes an important resource, not just for me but for other dance artists in Melbourne.”

Guerin adds, “I’m very keen that we continue our support of independent dance artists in Melbourne. It’s quite a tough funding climate for those artists, so we’re hoping we can provide space opportunities for people who are exploring new ideas in dance, and who are brave and courageous, and testing the boundaries of their art form.”

What’s in a name?

The name of the new facility, WXYZ Studios, is a nod to both the studio’s patron, Terry Wu, and to the idea of Cartesian coordinates, a coordinate system developed by French mathematician and philosopher René Descartes to show how algebra can be used to solve geometric problems.

“One of the names we were thinking of was ‘XYZ’, which are the Cartesian coordinates, and we have a wonderful patron Terry Wu, so we thought we’d put the W on the beginning,” Guerin explains. “Cartesian coordinates are a mathematical idea to do with dimensions. We like the graphic nature of the name, and that it’s quite abstract and doesn’t necessarily refer to it being a dance studio, and when you see it written down it has a lot of diagonals and movement.”

Graduating to a bigger, better space

“It’s a beautiful old warehouse space with lovely factory windows that let in a lot of light,” Guerin says of the company’s new home. “It’s larger than our previous studio, and has a very light, minimalist feel. We have one large studio and a second, smaller studio, which is a good size for rehearsing for solos or small groups.”

The studio has been purpose designed for dance, and has a brand new, sprung floor with a tarkett, heating and cooling, a new kitchen, and a change room with showers.

When discussing how the new studio differs from the company’s previous home in Batman Street, Guerin says it feels like they’ve grown up a bit.

“The offices in our old studio felt a bit like we were in the share house still. The new offices have been designed and purpose built for us. The old space had concrete floors and was cold in the winter. The new offices have carpet on the floor. And this space doesn’t have mice,” Guerin laughs. “But I think the biggest difference the new studio makes for us is that we started with this empty warehouse shell and fitted it out to exactly what we need.”

Another big plus with the new facility is the second studio.

“Having the two studios means we can offer more residencies,” Guerin points out. “We still aim to provide a lot of programs that support the independent dance community in Melbourne and beyond, and to have guest artists, secondments, classes, residencies and a couple of new things that we won’t announce until next year. I just think it will be so much more comfortable for the dancers. It has a professionally sprung floor, which we didn’t have in the other studio, so it’s safer for dancers. It also means I can use the other space sometimes while others are in the bigger space. In the old space, it was booked all the time, so if I didn’t have it booked out for making a new work, I didn’t get much of a chance to go into the studio. That’s my secret hope, to get to go and dream in there a bit.”

A long journey that was worth the trip

While Lucy Guerin Inc loved its previous studio, the company was forced to find a new home, and has been on the hunt for it for a long time.

“We’ve been searching for a new space for a long time because our old space had a demolition clause,” Guerin explains. “We started the hunt seven years ago, and pursued various options which didn’t work out. To find it and raise money to fit it out has been a real challenge, but one we’ve risen to. It’s been really good for the growth of the organisation to have met such a challenge. It’s a fantastic feeling to be able to stand in it, finally, after so many years of planning, talking and thinking about it, and searching for it.”

For Guerin herself, the new studio has the potential to change the nature of the work she creates.

“For me personally, it means I can stand back in the studio and look at what I’m making with a bit more perspective. In the old studio, everyone was kind of on top of me. I feel like there is much more breadth in this studio. It feels very expansive. I think my work will have a lot more sense of space, and an ability to craft space because there is more of it. And if I want to make a bigger work, I can do that easily in this studio.”

The new studio was made possible in large part by Dr Terry Wu, a Melbourne-based arts lover, arts advocate and plastic surgeon.

“He bought this warehouse in north Melbourne, an area that will grow quite a lot over the next 10 years or so,” Guerin explains. “He engages in what he calls impact investment, where he buys a warehouse as an investment and allows artists to use it for a certain period of time. He is a very passionate visual arts supporter, but he felt it a was a shame to divide up this warehouse into smaller studios because it’s such a big open space, so he had a thought to find a performing arts company or make it into a performing arts space. He asked around with mutual colleagues, who suggested he talk to me. He talked to lots of other artists as well. But I think we had a mutual vision of the space, and we talked together quite a lot before he made that decision. And then we were the ones he decided were right for the building.”

While Guerin acknowledges the significance of Wu’s support, she also notes that there were lots of people involved in making it all possible.

“Our board helped in so many different areas,” Guerin says. “Ian McDougall, who is one of the partners in Arm Architecture, has seen us through this whole process and has been incredibly generous with his time and expertise. Of course, there have been our producers, Annettee Vieusseux and Michaela Coventry, and the company manager, Tegan Nash. All the staff at LGI, we’ve all had to do quite a lot.”

In reflecting on the biggest challenge in making the studio a reality, Guerin highlights the importance of making the right decisions, which can be tough when you’re also trying to keep a whole load of balls in the air.

“Finding funds was big, of course, but so was making the right decisions about fitting it out while at the same time needing to tour, which we’ve done for four months this year, and doing all the other things that the company does,” she shares. “There was a period when we were homeless, because our lease had run out on the old space, and the new space wasn’t ready, so we were in a small office in Collingwood for a while, which was difficult because there wasn’t enough room for all of us, so we weren’t together as a company.”

She continues, “It was all made possible by money and the right space but also by the perseverance and willingness of everybody to just keep on going. It gets dispiriting at times when things don’t come through, and every board meeting we seem to be talking about the same thing. But the main thing to make it happen is just to keep going. And there is also a bit of luck involved in it as well.”

Even though the company has been in there less than a month, the studio is already starting to come to life.

“We’ve just opened our call out for residencies, which will last from one to four weeks,” Guerin explains. “Residents can have the studio for whatever hours they request, as well as some technical support, office support, mentoring and advice. At the end of the residency, they’ll do a studio presentation.”

She adds, “I’ve done a few rehearsals here for some smaller projects, and I made a piece for the launch and did presentation at NIDA nights last night. We’ve had a few residents already. Caroline Meadon has been in the last few weeks, as has another artist called Amanda Leaver.  Now that the applications for next year have gone out, we’re having a bit of a breather. We still have things in boxes and still working out what storage we need and all of that, and I’m going off on tour on Sunday for a month. We’ll start in earnest next year. I’m making a new work at the beginning of the year, and then I’ll start work on developing a new work later in the year. We’ll be using it for all the projects I’m doing, but would say probably a quarter of the time will be for me, and then the rest of the time for other artists and hirers.”