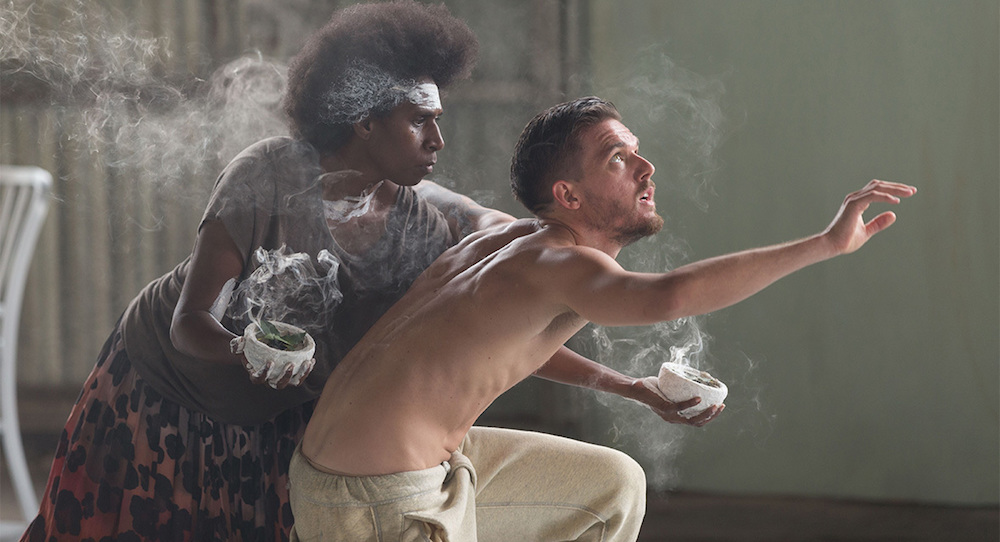 To date, our series about professional dance artists juggling their career with parenting has focused on female dancers. In this month’s issue in our series about juggling a dance career and parenthood, we shift our focus to the father’s perspective with Daniel Riley from Bangarra Dance Theatre.

Riley joined Bangarra in 2007, straight out of his dance studies at the Queensland University of Technology. 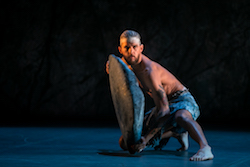 “I was lucky enough to get full time work straight away in the company where I had wanted to be since I was in year 10,” Riley reflects. “Twelve years later, I’m still dancing with the company. Chrissy and I got married at the end of 2013, and I had a year’s creative sabbatical in 2014, when I worked with an Irish company called Fantastic Beasts, and I did a lot of teaching in London. But mostly, Chrissy and I spent the year together, which was a dream.”

Now, after nearly five years of marriage, the couple has become a family, with the addition of Archie, who is nearly 18 months old.

“The world isn’t just about Chrissy and I anymore,” Riley notes, reflecting upon how parenthood changes things. “It does become a bit more challenging, and that becomes very relevant on the day they are born. Everything I do now is for him and Chrissy.”

Raising a child in a dance family

They say it takes a village to raise a child, and Riley notes that this sentiment is entirely consistent with the culture at Bangarra.

“It’s the community you surround yourself with as parents that help raise your children,” Riley says. “I’m very fortunate to be raising my son in our Bangarra family, because community is the backbone of Indigenous culture. Chrissy and Archie are welcome in the studio and green room, and Archie has grown up at the office and in the studio. He’s very comfortable with the dancers and staff. That kind of environment is such a great environment for children to grow up in.”

Riley doesn’t have family where Bangarra is based in Sydney, which makes the company’s support even more important. 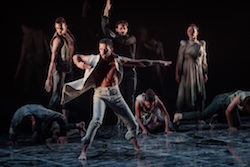 “My family are all in Canberra,” he explains. “So we are very fortunate we have such good support in Sydney with the company. They just adore Archie, and he adores them. And kids bring a whole different energy to the studio. They bring a lightness, joyfulness and this kind of uninhibited brightness to a space. It’s such a beautiful thing. If we’re having a hard day in the studio, and you bring a child, this untouched little soul in to that space, everything flips and you just realise, you know what, that doesn’t matter. This is what matters. It’s really life affirming and sobering.”

Being a parent via phone and FaceTime

The Riley family is fortunate that there are times when Chrissy and Archie can travel with the company so the family can stay together, but it’s not always possible.

“They can’t come everywhere. Chrissy is back at work now, part time three days a week,” Riley says, speaking of his wife’s work in finance and operations coordination at the Australian Theatre for Young People. “Luckily, she can work externally for her job. They travelled to Canberra with me last week, which is our home town. Archie got to hang out with Grandma and Grandpa for the week. Unfortunately, they are not here in Perth with me but will go with me to Melbourne.”

He continues, “It is hard being away from them when we tour and travel. We FaceTime every day, and we’re lucky we live in a world where we’re able to do that, but still, it’s not physical. If he’s crying, I can’t comfort him.”

While Riley laments the time he spends away from his wife and son, he realises that it is even harder for Chrissy when he’s away.

“The next six months will be tricky because we’ve got a lot of travel coming up, and the schedule is hectic,” he says. “Not just for me but for Chrissy as well because she’s single parenting while I’m away. I can only support via phone. She’s doing three days a week work and dropping him off and picking him up, settling him and feeding him while also looking after herself. Not having that break for him. I have such admiration for women and mothers. They just do it because they have to do it. In a way, as a father, I’ll never understand that. She just gets on with it. She’s an absolute goddess and amazing woman.”

Even when the company isn’t touring, Riley’s schedule during home performance seasons means he only gets limited time with his son.

“Even during opera house season, and Wednesdays to Fridays, I barely see him,” he says. “I’d see him at night and take him to bed and cuddle. I’d see him then and for a quick goodbye in the morning. Because of my performing hours, I’m not home until 10, and then sleep through until at least 9 or 10. The work hours shift during performing seasons. So I wouldn’t see him Wednesday to Friday. But Saturday morning, I’d be amazed by how much he’s changed in those three days. His growth. One day, he started putting this train set together, and I thought, ‘What happened? Where did you learn that?’ He’s just growing and learning and developing so quickly.”

“The longest time I’ve been away from him was probably when we had an international tour last year, which was around three weeks,” Riley recalls. “He would have been probably eight months. When I got back, he looked at me like, ‘Who are you?’ It took a few minutes before he remembered me. That was a very strange experience, and probably would have been weird for him, too.”

Riley adds, “Walking out of the door that first day after my paternity leave was very hard to leave them at home. I did cry, and I was on my bike trying to wipe away tears. We’d had five weeks together. It was a magical learning experience, learning how to parent, the three of us rotating around one another, getting to know one another. That walking away was really tricky for a good week. They’d come in during the day, so I was really fortunate they could do that. I went through the same thing when Chrissy went back to work. I cried, too, the day we took him to daycare. For me, it is this whole thing of he’s in the big world on his own, he has to fend for himself. That was a real moment for me. I had to realise he’s his own little person who will experience his own things.”

When asked about how being a father has impacted on his career, Riley notes that it’s more the other way around. “Sometimes I guess I don’t really feel like a father. I don’t feel like it’s impacted my career. Maybe my intention has changed slightly. Now when I walk out of the door, I’m home for him. I can’t go home and kind of take that energy home. I have to go home and relieve Chrissy, and the minute I walk in the door, it’s dinner, then it’s bath, then book and then bed. Then I get to eat and see Chrissy for maybe half an hour. But it’s allowed me to leave work at work. To attempt that anyway. When I go home, all I want to do is see him, and be about him, and interact and play and hug, and just see him. That’s all I want to do. It’s about him. So for me, it’s that division. Even at work, I’m still me, but the priorities are different.”

One of the things many parents comment on is that having a child meant they see the world differently, which can be a huge boon for an artist or any creative, and Riley is no different. 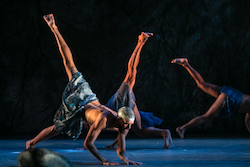 “We’re so spoiled in a way by what we have, in Australia,” he says. “We have the space, we have the freedom, we have here. We have money and food and water, and I see that all fresh now. And it’s like, I take it all in again, watching him discover things. It has reawakened my imagination. It’s the unconditional love. A kind of connection, a string that connects the three of us. It’s not easy, and there are days when you wonder why he’s being difficult. But then I have to realise that it’s all new for him – his brain, his teeth and eyes – he’s seeing and hearing new.”

While Riley admits to the challenges of parenting, it is clear that being a parent has been a wonderful experience for him, and his advice to other dancers thinking of becoming parents is to see that it is possible to do both.

“Don’t think you can’t do it,” Riley attests. “Kids are so resilient. They will just adapt. All they really want is you, so if you can, be there with them as much as possible. Take them with you as much as possible. Let them experience what you experience. This artistic world we live in is incredible. I think it’s so mind-opening and confidence-building. Creative and artistic kids in this world are so fortunate; they see the world differently, through a different lens. Artists are free thinkers and doers; we make it work. We are resilient as artists, and if we can do that, then our children can do that, and they’ll be even stronger and more resilient.”