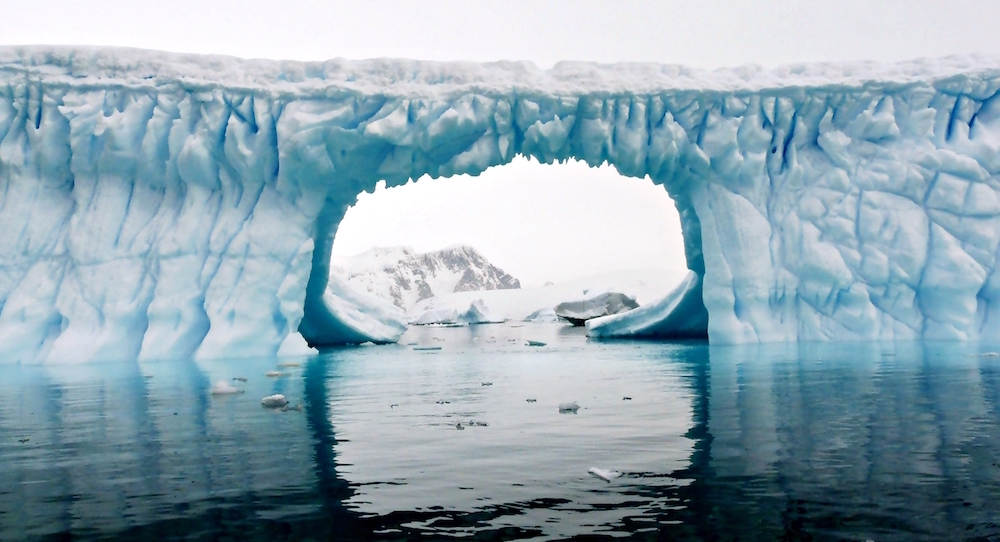 In a land far, far away, full of ice and whiteness…

There was a young Norwegian rhythmic gymnast who was far more interested in interrogating the language of the body and the touch and feel of the gymnast props as they moved across and around her body than the technique she was supposed to be learning. “Why is the ball touching me, and why is it leaving me?” she would question. “Thankfully, a guest ballet teacher looked at me and said, ‘I think you should apply to the National College of Performing Arts in Oslo, because this doesn’t fit you.’”

Her name is Ina Christel Johannessen, and she is a very much in-demand world choreographer with her own dance company, zero visibility corp., currently working on a collaborative piece with Australian Dance Theatre in Adelaide.

From the Antarctic to the Arctic

“Garry was looking for a Nordic choreographer and had heard about another of my projects, which was the expedition to the Svalbard or Arctic Wilderness in Northern Norway,” Johannessen explains. “So when my last production with my own company, zero visibility corp., premiered in Trumsø, one of the most Northern cities in Norway, Garry Stewart came to see the show, right up in the polar circle.”

She adds, “We had previously been in contact by Skype, and we were talking about a new work, North/South. Nothing to do with warm or cold, but Ice-Ice, with Garry and the Antarctic, while I’m doing the Arctic, and how could we create one evening that is connected but it’s Ice and Ice?! So, the theme was clear. I was doing North, but what does the North look like? Is it about polar expeditions, wilderness, is it about how we live? What is it?”

At this time, Johannessen was doing her research in Svalbard, a remote town where there are 40 nationalities living together in the Polar Circle.

So this became her theme: a remote northern area in the Polar Circle with an intense confluence of cultures and minority groups such as the Nomadic Sami and Inuits. And then she started to think about where and what that will look like, followed by the music. The composer she chose for North is Koenraad Ecker, a Belgian composer with whom she has previously worked.

Johannessen’s method of working is based on creating movement material in close dialogue with the dancers. Improvisation is the starting point of the choreography, using key words such as “flow”, “time”, “weight” and “space”, as well as exploring the theme.

This is a slow process with a high level of interaction between the dancers and with Johannessen. “I’m struck by the strong sense of camaraderie between them all,” she explains.

She certainly works closely with the dancers, creating movement material and asking questions constantly – “Does that work for you?” or “Can you go the other way? Is that better?” – and affirmation when something looks good – “That’s a cool head off Dan’s shoulder.”

Johannessen watches everything, thoughtfully, with relatively low input until something becomes emphatic. “You see his phrasing, don’t destroy that,” she says, for example.

She works both with music that she uses to inspire the dancers while they’re making material; however, randomly she will use the actual music composed for the program without telling them in order to see how they react, how it looks and how they respond intuitively.

Round music to create atmosphere

Johannessen is clear about the type of atmosphere she wants to create with the score. “I’m trying to make ‘round’ music,” she describes.

Over two afternoons, I follow the choreographic process, which includes quite a bit of going back to look at video footage when it seems that longer sequences or even small movements have changed and lost their original motive or upset the spatial balance.

Johannessen watches everything – thoughtfully, nothing escaping her gaze. Day two, and she provides relatively minimal input until something becomes emphatic. “You see his phrasing? Don’t destroy that!” she declares; or after performing some material, “Make the story and don’t push too hard.”

The process is fascinating with a group of four dancers working on some specific material, while the other three make good use of previous video footage to sort out spatial constraints.

We have only seen part of the Making North choreographic process, but the extremes associated with the subject can only make us dream of other worldly magic.