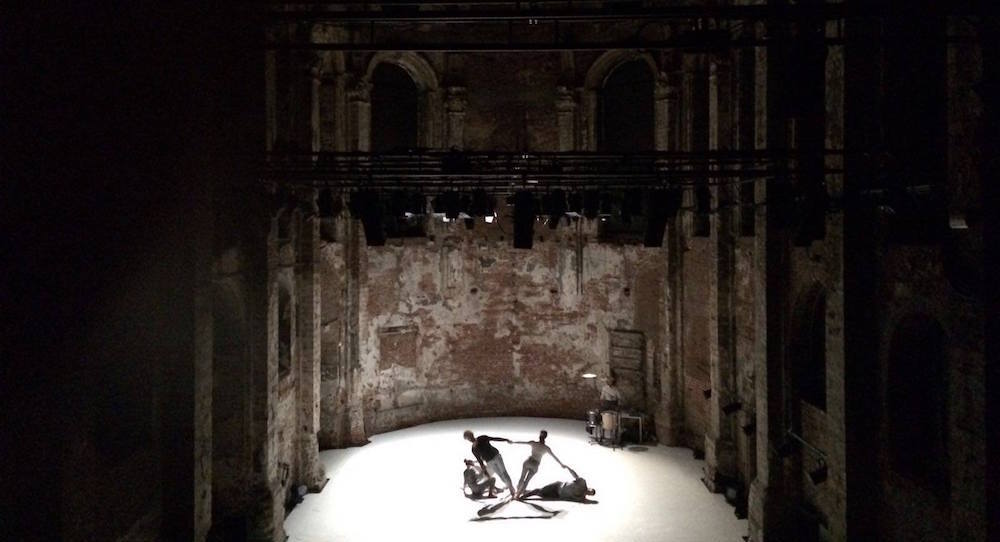 The next installment of Dance Informa’s series, Iconic Dance Spaces Around the World, looks at Les Brigittines in Brussels, Belgium.

The image of Brussels is usually one of beer, fine chocolate and the politics and administration of the European Community. Yet, Brussels has also been cultivating a cultural bona fides with its emphasis on rich architectural heritage, museums and performing arts spaces, including a number of spaces for creating and performing dance.

Drawing attention to its emerging reputation as a Contemporary Dance Hub, Brussels will host the 2018 Brussels Dance! Showcasing a host of European and international performances, the two-month-long festival – 1 February to 31 March — will be using 12 local hotspots, from the historic La Bellone to the small experimental Garage 29. 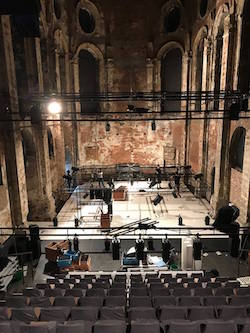 Of particular interest to dancers is Les Brigittines, a baroque chapel built in 1664, which has been transformed into a performance space that has become the home of the Playhouse for Movement.

Firstly, a little bit of history – this place is ancient! Les Brigittines was designed in 1663, as a chapel and convent for the Brigittine Nuns by architect Leon van Heil. The Baroque structure has a dark, cellar-like quality, reminding us of its contemplative past. What better space for fermenting ideas and creating movement, or perhaps fostering an avant-garde movement?  It is the complete opposite to the light drenched opera houses and monumental performance spaces we might be used to.

The chapel was bought by the Brussels Municipality and converted to a heritage site, and by 1975, Brigittines had became a performance arts space with its first dance production being 23 Skidoo by Frédéric Flamand.

The City of Brussels and the Maison du Spectacle de la Béllone have supported the Brigittines as a space for emerging contemporary dance research, workshops, engagement with the local community and showcasing a variety of works. As its program expanded, the City launched an architectural competition to expand the site, which was won by Andrea Bruno in 2005 (Sum Project Company). 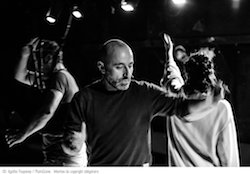 A performance at Les Brigittines.

Bruno’s vision was to clone the original building in volume but update it with contemporary material and aesthetics. In Bruno’s rather technical and poetic description, “The chapel became an ’empty’ multifunctional space for performances. The extension was designed with the same volumetry as the original chapel, as if it were its contemporary clone. Within a highly fragmented urban fabric, this new building emerges as a guardian angel toward the fragile baroque building.”

It was vital that a strong relationship between the baroque building and the modern extension be forged but in a subtle fashion, “like a seam between two eras”. So Bruno added a glass “slice”, separating two spaces. One side with a monumental staircase and elevator, the other side the chapel. This inner space generates a dialogue between the chapel of the 17th century and the new, definitely 21st century, extension.

The connection between two buildings was essential within this concept: subtle, a glass slice; the modulation and the choice of materials for the façade refer to the existing chapel, although with a contemporary twist. The warm red Corten steel refers to the red bricks, while the blinking stainless steel casing and the glass panes are reminiscent of the decorative strips and ornaments in sandstone of the existing façade.

Apart from dance performances, the Playhouse for Movement is a space that can be transformed for conferences and participative projects, and with perfect acoustics, the chapel is also an intimate and well-recognised space for music and song.

A major function each year of the Brigittines is providing support for “Residencies”, for which the centre dedicates itself to assisting artists in the creative process by providing them with spaces and logistics. 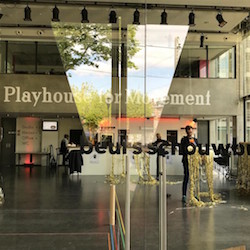 There are two types of residencies. The first one welcomes choreographers to the Brigittines to spend several months in the creation process, ensuring a smooth and gradual process. The other type is conducted in collaboration with workspacebrussels, allowing artists the freedom to pursue in-depth research work or begin the first stage of a show. Finally, partnerships with overseas organisations, for example Vitry’s Briqueterie, Le Havre’s Phare, provide artists with the opportunity to confront different cultures.

Coming up soon at the Playhouse for Movement, Brigittines will present a series of contemporary dance performances from 22 February to 24 March 2018, as part of its In Movement programme. Conceived as a biennial festival, In Movement has grown since its first edition in 2012.

Beyond their artistic differences and various life experiences, the guest choreographers are all connected to Brussels where they live and work. Encounters and Conferences complement the shows and initiate the debate by extending the latter to the social sphere by specifying the challenges of contemporary dance and its role.

If you’re in Europe, why not check out a dance performance in this amazing space?