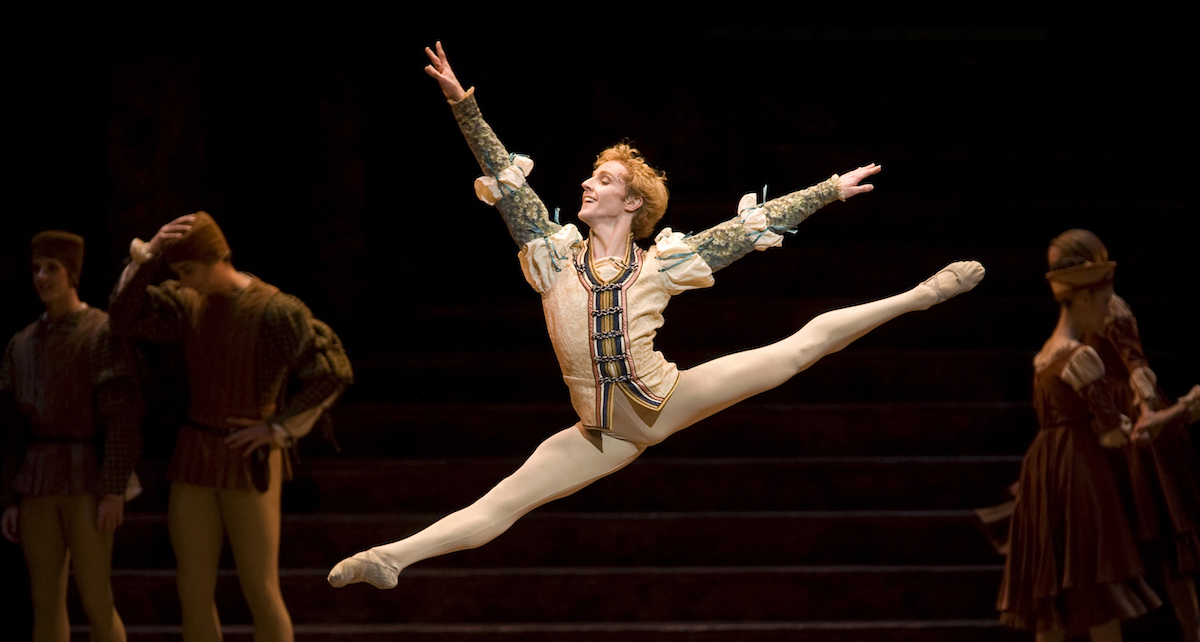 For the first time in 14 years, the Royal Academy of Dance’s Genée International Ballet Competition returns to Australia this week.

Ambassador for the prestigious competition is one of Australia’s most prized dance ex-pats, Steven McRae, now a principal artist with The Royal Ballet in London.

“The Genée is like no other competition,” McRae shares with Dance Informa. “It is more of a celebratory workshop that highlights the achievements of the students who have studied the RAD method, many of whom have studied this from the beginning of their training. The Genée felt much more like a workshop when I competed, which gave the competition a very nurturing and encouraging atmosphere.”

McRae’s career was launched when he was awarded the gold medal in 2002.

“My teacher in Sydney, Hilary Kaplan, was always very supportive and open about her vision of me studying and performing in London,” says McRae. “The Genée helped enable this vision to come true, as I was able to meet so many incredible people who were working in the profession, especially in London, at that time.”

McRae joined the The Royal Ballet School in 2003, graduating into the company a year later. He shot through the ranks, being promoted to First Artist in 2005, Soloist in 2006, First Soloist in 2008 and Principal in 2009. He has danced all of the classical repertoire and performed leading roles in ballets by all of the greats, including Frederick Ashton, David Bintley, Kenneth MacMillan, Alastair Marriott, Wayne McGregor, Liam Scarlett and Christopher Wheeldon.

The principal is also much in demand as a guest artist, having performed with — amongst others — American Ballet Theatre, National Ballet of Canada, Tokyo Ballet and of course The Australian Ballet. As a youngster, McRae dreamt of an international career, his story now a strong reminder to Australian students to aim high and work hard.

“I think dreams and ambitions are vital in driving any individual to try to fulfil their potential,” he says. “I always had dreams of performing with The Royal Ballet, but until you are actually involved in the profession and doing it for real, you can never honestly appreciate what it takes to be a professional ballet dancer.”

McRae is just one artist who has had his career jump-started in the Genée. Other past medalists have gone on to stellar careers all over the world, including The Australian Ballet, The Mariinsky Ballet, American Ballet Theatre, National Ballet of Canada, English National Ballet and The Royal Ballet UK.

“The Genée competition provides gifted young dancers such a unique opportunity to learn from the best, showcase their skills and develop as dancers,” said Artistic Director of Queensland Ballet and Royal Academy of Dance Vice President, Li Cunxin. It is so much more than a competition and offers great insight to young dancers about how the industry works, allows them the opportunity to meet and learn from their peers and to work with some of the world’s best teachers, coaches and choreographers.”

McRae’s gold-winning year was the last time the competition was held in Australia, and in fact the only other time the Genée has been held outside of the UK. He says its return to Australia brings back many emotions.

“The night I won the Gold Medal was amazing,” he recalls. “I got to perform in my home country in front of so many of my family and friends. The audience in the Opera House was electric, and the encouragement from everyone involved enabled all of us competing to perform our hearts out. I am beyond excited for the next generation to experience the Genée in Australia!”

McRae advises those entering the Genée this year to make the most of their time in the competition. “Use the experience as another learning curve or stepping stone toward making the transition from student to professional,” he says. “The judges, the choreographers and everyone at the RAD just want you to show your love of the profession and to learn something new. Our profession is one that evolves every day, and we can learn something new every moment. Above all, have fun!”