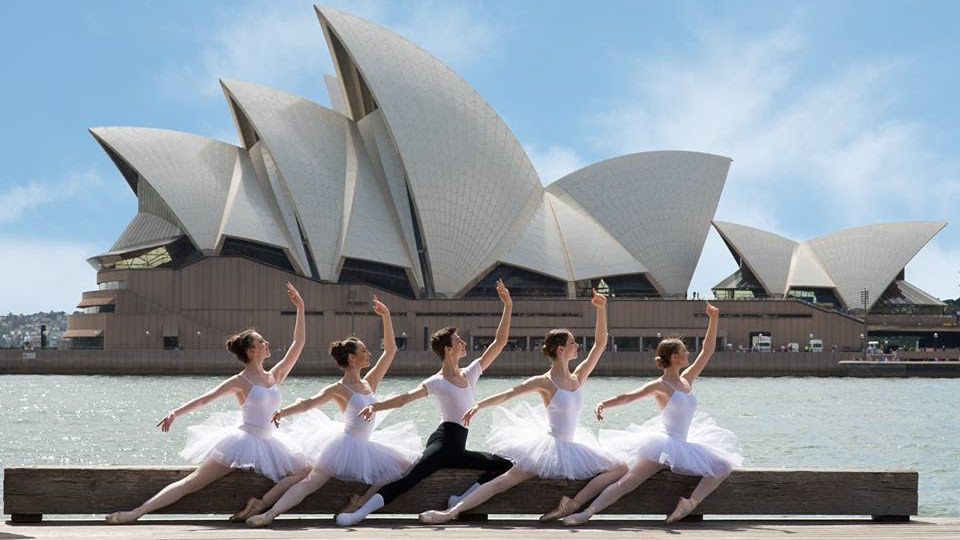 The prestigious Genée International Ballet Competition is coming to Sydney in 2016. This honour follows the Royal Academy of Dance (RAD) Australia’s 80th anniversary celebrations of 2015 and recognises Australia’s long commitment to the competition. Australian organisers have high hopes for a win on home soil this year and not without reason — Sydney’s Steven McRae won the gold medal when the competition first came to Australia in 2002. He is now a principal with the Royal Ballet in London.

“Success at the Genée has kick-started the careers of many Australian dancers,” says RAD Director of Marketing, Communications & Membership, Melanie Murphy. “Triumphs such as Steven’s encourage thousands of aspiring dancers to keep working hard and kindle their dreams.”

More recently, Sydney’s Lania Atkins and the Gold Coast’s Makensie Henson won the silver and bronze medals respectively in 2015. They will be hoping to emulate the rewarding careers of many of the Genée’s alumni, as former candidates have gone on to work in such respected companies as the Australian Ballet, the Royal Ballet, American Ballet Theatre, the English National Ballet, Mariinsky Ballet and the National Ballet of Canada.

To enter the Genée competition, all dancers must either have completed RAD Intermediate, Advanced and Advanced 2 examinations (Advanced 2 with distinction) or have been awarded the Solo Seal, the highest honour available to dancers within the RAD vocational examination system. Beyond this, successful applicants will need to prepare one set variation and one solo of their own choice. For their efforts, these dancers gain a once-in-a-lifetime opportunity to perform in front of and receive feedback from some of the world’s most respected dance figures. They also receive a valuable introduction to the world of elite international competition and performance and often return with new, life-long friendships.

“My highlight was definitely meeting lots of people from around the world,” says Atkins. “Also, meeting the faculty who were involved, that was great because they were so inspiring. Being able to work with them was amazing.”

“Although it’s a competition, it almost feels like a workshop in the sense that you get to meet lovely people,” concurs Henson. “Meeting such nice people and having so much support — I’ve still been able to keep in touch with many of the people I met there. It was a wonderful way to gain life-long friends.”

As friendly and supportive as the competition might be, Murphy makes clear that it is still extremely challenging. The Genée competition places a particular emphasis on creativity and consists of a number of unique elements as a result.

“Firstly, the candidates have the opportunity to be part of the creative process working with a choreographer commissioned to create two original solos, a male and female solo,” Murphy says. “The candidates also get the opportunity to choreograph their own variation to a piece of music of their choice, which allows the judges to see how versatile they could be in a professional company setting. Finally, the classical repertoire section offers candidates the opportunity to receive coaching in [Frederick] Ashton and [Sir Kenneth] MacMillan works that would normally only be available to professional companies.”

As with any international competition, opportunities are high stakes and potentially life-changing. “The international judging panel of artistic directors and influencers can, of course, open doors for Australian dancers beyond Australia,” Murphy reminds us.

Now veterans of the competition circuit, both Henson and Atkins have been busy training to compete in the Prix de Lausanne. They feel their experience at the Genée has made a difference to these preparations, familiarising them with what to expect and helping with nerves.

“I’d done small competitions in Australia and New Zealand but nothing as big as the Genée,” Henson shares. “It’s given me so many more opportunities to perform on stage, and really, all the opportunities you can get for that the better, because hopefully one day I’ll be able to dance in a company.”

Throughout its history, the Genée has bestowed nearly 300 medals and awards, including 66 gold medals. The strength and popularity of the RAD examination system in Australia typically results in strong turn-outs at the Genée competition annually. Candidates come from all over the world, however, with medallists hailing from the United Kingdom, Australia, New Zealand, Japan, Brazil, Germany, Italy, China and South Africa in recent years.

Since its 2002 Australian debut —the first time the competition was held outside of the United Kingdom — the Genée has been staged around the world as far as Athens, Singapore, Hong Kong, Toronto, Cape Town, Wellington and London. Australian organisers hope to outshine these former international hosts by topping their successes of 2002, when the competition reached its highest record of entering candidates.

Aspiring candidates will be happy to hear that for the second year running, applications will be accepted for the Dame Margot Fonteyn and Darcey Bussell Genée Bursary Schemes. These bursaries award dancers up to AU$3,000 per candidate with the aim to increasing access to the competition. The opening date for the bursary is 29 February, and entries close on 8 April, with candidates to be notified of the outcome of their application during the week commencing 2 May.

As Australian dancers have the advantage of performing in front of the home crowd this time, Murphy hopes the competition will also showcase the standard of teaching that they have received and encourage others to seek out RAD registered teachers.

For more information on the Genée and how to apply, visit www.rad.org.uk/achieve/the-genee/genee-2016.