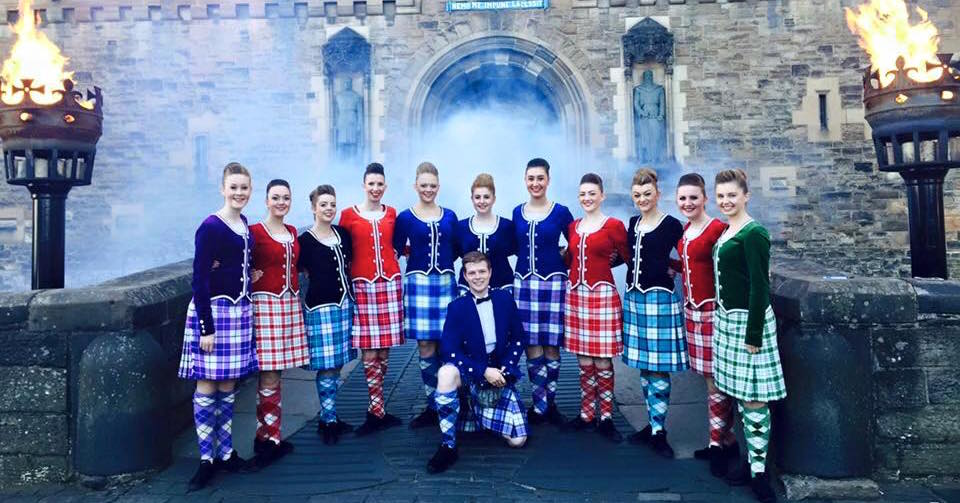 From the rugged Scottish landscape, marching through 1,000 years of history, one of the biggest shows in the world comes to Australia this month. The Royal Edinburgh Military Tattoo brings more than 1,200 performers to Melbourne for the first time ever. One of those artists – and the only male highland dancer in the company, is 24-year-old Mark Smith.

The young Scotsman has already travelled the world with his craft, having trained for over 20 years under world-renowned Aileen Robertson, director of highland dancing at the Royal Edinburgh Military Tattoo. Smith speaks highly of his mentor, saying, “If I can achieve half of what she has, then I’ll be happy.”

Robertson is a three-time world champion, now at the top of her field, with “qualifications and experiences paralleled by few in the profession,” says Smith. “I get to not only follow but work with Aileen and many other phenomenal dancers in shows across the globe.”

It’s the first time, however, that Smith – or the Tattoo itself – has come to Australia. Audiences can prepare themselves for a true spectacle of military ceremony, music and dance; it’s one of the biggest touring shows on the planet. It features a full-size replica of the Edinburgh Castle, and the Massed Pipes and Drums of Scotland’s famous regiments and performers from around the world.

“It’s a celebration of music, dance and culture from across the globe, uniting us all with a common appreciation for the arts,” Smith explains. “I’m a true believer in the ability for music to play with emotions, evoking old memories and making new ones. The REMT will take you on a journey through music, song and dance, reminiscing of the past and inspiring the future.”

Highland dancing is a tradition that inspires Smith to be proud of his heritage, and one that shares roots with his own family tree. Dating back to 1054, its recorded history begins with a sword dance being performed in the celebration of battle. The dances are based on stories. “The fling is the dance of victory, sword, the dance of war, Sean Truibhas is the dance of the highland clearances, and the reel is a celebratory dance of community,” says Smith.

Traditionally, highland dancing was the domain of male soldiers in the Scottish Army Regiments but now lives on mostly through thousands of young women dancing in small village halls across Scotland. With a deep passion for the sport, Smith is one of the few males practicing today, proudly carrying on the esteemed lineage.

When he’s not dancing all over the world, Smith is studying; he’s in his Honours year of a Bachelors of Arts in Popular Music at Edinburgh Napier University. He then aims to do a post-grad in education, hoping to inspire the next generation through music.

“I am already putting my learning into practice with sessions across the country, performing in musical theatre pits and function bands,” he says. “My ultimate aspiration is to conduct the finale of the REMT. Standing on the conductor’s platform, directing my fellow musicians and dancers in front of thousands of appreciative people would be what I’ve worked toward for many years.”

The Royal Edinburgh Military Tattoo performs at Melbourne’s iconic Etihad Stadium from February 12 to 14. Smith encourages everyone to come along and be moved by the power, beauty, history and sense of camaraderie.

As Smith describes, “Every show ends with a beautiful line from the commentator, which suggests that we may all arrive as strangers, but after seeing, experiencing and participating in this spectacle, we may all leave as friends.”