It is with evident good humour that James “JB” Barry corrects the common misconception. Phly Crew does not equal Philly (Philadelphia) Crew. “We did the whole play on the ‘ph’ in phat being cool; because we’re very not cool,” he explains. “So, you know, fly with a ‘ph’ to try and be cool.”

When you’re working in the hip hop genre and you don’t quite fit the standard image, however, misconceptions are very much part of the landscape. The Sydney-based six-piece Phly Crew is not only used to this but is also conscious of the fact that what the group does (which is to blend dance with comedy and theatre sport) has created a niche in the market which it plans to fully exploit.

“It was an accident but also conscious,” Barry recalls of the crew’s particular genesis. ”I had tried to start a bunch of crews in the past and they never worked out because I grew up in the country and I was, like, one of the only people into hip hop, and then I met Neale [Whittaker] and he had the same backstory, and so we formed a crew and, as it happens, with our personalities we attracted kind of similar sorts. Very cool in their own right but definitely not with the hip hop persona.” 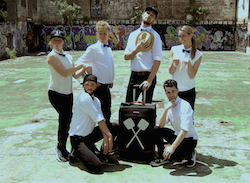 Indeed, Phly Crew has purposely distanced itself from much of the genre’s pugilistic, alpha male odium and crass sexuality. As Barry tells it, “When we started out, the main thing that separated us from all the other hip hop crews was that we weren’t trying to be gangsta. We weren’t really aggressive because that’s not us. You know, if you think about Australian culture, we haven’t got The Bronx, we haven’t got drive-bys. That’s not an aspect of our lives here, so why pretend it is?”

Therefore, when Barry and his fellow dancers take to the NIDA stage this month for Phly Crew 2.0, they will do so with a very distinct brief. “The main goal for us is to get people laughing and feeling happy,” he says. “Our crew is well-known for dancing incredibly clean. When it comes down to making a routine, we get really finicky on the detail, and our style is high energy, fun and entertaining.”

If this sounds more like family-friendly variety, well, that’s because it is. Phly’s dancers have serious formal training in contemporary, jazz and even ballet. Their shows contain scripted segues and aim for the comic and theatrical.

“All of us have trained much like people who might put together a jazz variety show; but the thing is, our heart is in hip hop and that style of dance,” Barry elaborates. “But we also love every single style of dance that we can get our hands on. So, there’s an incredible variety in our show. The best way to explain it is to imagine if Monty Python had a dance group.”

Aside from bringing a fresh tweak to hip hop, Phly Crew also has an eye for the mundane practicalities of dance in Australia. There is a seriousness about the enterprise that goes beyond simply creating cool routines. According to Barry, “The goal for us now is to be a company that can hire other dancers and make work for other people. So 2.0 isn’t just a show for us. It’s a stepping stone to being a company and being seen that way.” 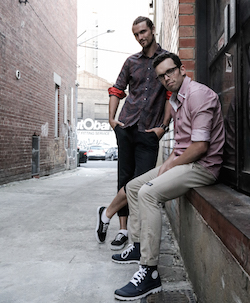 To that end, Phly Crew recently dipped its agile toes into the often murky waters of crowdfunding in order to add production value to the new show. Barry recalls the nervous tension around that with a wry smile. “That was very nail-biting for us because with Pozible, if you don’t reach your target, you don’t get the money,” he explains. “About two days out from the final time we were only about $6,000, but then the whole community got behind us, and lots of people donated. So because of that we’ve been able to hire other people.”

With crowdfunds behind them, Barry and Phly Crew are now ready to break into 2016 with a high profile showcase event (and a hand-picked guest list of industry players), all of which is part of a longer term plan to counter the ever-present age ceiling that hangs over every dancer. “We want this to be a company because if we get to the point where our bodies don’t want to dance anymore, we can tell younger people to do the thing,” Barry adds.

It’s all some distance from what we might think of as the hip hop mainstream. Indeed, so suffused with fun and the ethos of music theatre are they that Phly Crew might even be considered cabaret; an idea that Barry immediately seizes upon. “Yeah, it’s almost like a hip hop cabaret,” he enthuses. “That may be the title of our next show.”

To see Phly Crew at NIDA this month, visit www.nida.edu.au/events/music/phly-crew-2.0.