In the end, Rafael Bonachela is moved to conclude, “It’s incredible. The dancers have been making these amazing ‘drawings’. It’s poetry really. Their idea and instinct is becoming part of the whole thing. You could make three or four works about it really, but fortunately, or unfortunately, it’s going to be one work and we’re going to make it in four weeks.” 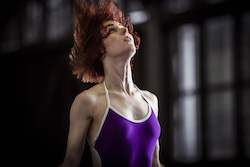 From his office at Sydney Dance Company’s Hickson Road headquarters, Artistic Director Bonachela makes it clear that the process of bringing his latest idea to life is an alchemical mix of inspiration, interaction and “in the moment” invention. Lux Tenebris is literally being carved in flesh and bone as we speak, wrought, as is so often the case with Bonachela, from somewhere deeply emotional.

Given the Barcelona-born choreographer’s record of presenting achingly passionate works (We Unfold, 2 One Another, Frame Of Mind), the making of another work suffused with darkness might not seem surprising. From its creator’s perspective, however, Lux Tenebris is most certainly a kind of departure, not to mention arrival.

“The last thing that I created was full evening of Benjamin Britten’s music, which was very, very beautiful 20th century music, so I actually really felt like going into a much darker and electronic sonic world,” he reveals. 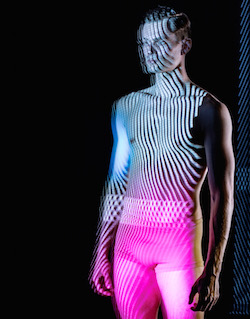 Enter longtime collaborator Nick Wales. “I had a real feeling about the music, a real instinct about the sound world that I wanted to explore,” Bonachela recalls. “I’ve worked with Nick quite a lot over the last few years but always in collaboration with others; but this time, we’re just working together.”

The pair began evolving the sound palette in the middle of last year, a process that began with a few words “like visceral and sudden twists and never knowing what’s around the corner.” Inevitably the creative juices flowed and the seed germinated. “After about three weeks of backward and forward and just making sounds, it clicked; and the idea of light in darkness came very clearly to me,” Bonachela shares.

With an idea now formed around a central concept, Bonachela was then able to switch brains and put his more tactical, programmer’s hat on. “As an artistic director, I’m more interested in giving audiences contrasting flavours, rather than giving them an overall theme,” he says.

To that end, he decided to team Lux Tenebris with one of the company’s more popular repertoire pieces, Alexander Ekman’s Cacti. The result is an evening called CounterMove, a double bill that will premiere in Sydney later this month before touring around the country. “I wanted the rest of Australia to see Cacti, because it’s a work we haven’t taken everywhere,” Bonachela explains. “So we have this drive to get as many people as we can in Australia to see the work of Alexander Ekman.” 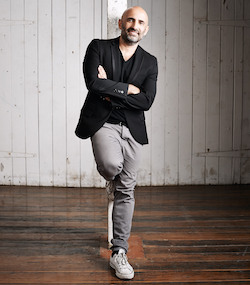 Indeed, the Swedish-born Ekman’s star is certainly rising, not just here but around the world. Cacti itself has been performed by 15 companies and has been nominated for an Olivier Award.

Whilst freely admitting that he knew that he was going to team Lux with Cacti, Bonachela is careful to stress that the creative impact of that decision was restricted to broad brushstrokes. “Cacti has big orchestra music and a string quartet live on stage, so as much as I love string quartets, I was like, ‘I’m not going there,’” he quips.

If Ekman’s piece is known for its humour (parodying modern art), Bonachela’s is more poetic. Lux Tenebris literally means “light in darkness” and, as a result, will delve into more psychological territory. As he explains, “It’s a very layer-upon-layer collaborative process of discovery about light and darkness and what that can imply. There is a typical idea about light and darkness but there is also the way we experience it in an emotive way.”

Although the rehearsals are still happening as we speak, plans are already in place to take the work to Dresden in September, a fact which adds in a potential bonus for Aussie patrons, in that one of them will win a trip over to Germany for its European premiere. 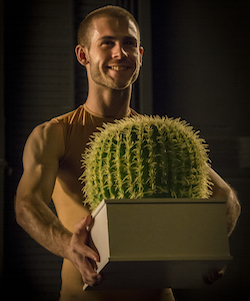 Such arrangements are all part of the mix for the avowedly emotional Bonachela, for amidst the deeply introspective creative world there exists a contrasting but entirely complementary pragmatism.

“One other thing that’s always good to think about is the staging,” he elaborates. “You know, how that’s going to look, how it’s going to work when you tour. So it’s important for us to think of evenings in a way that means we can take them everywhere without having to reinterpret it if we go to Albany or Dresden or anywhere.”

If anything, CounterMove, with its in-built contrasts, will underline this. Strings, electronica, darkness, humour, ideas … living bodies in motion. Sounds like dance, right?

For tickets and more information on CounterMove visit www.sydneydancecompany.com/productions/countermove